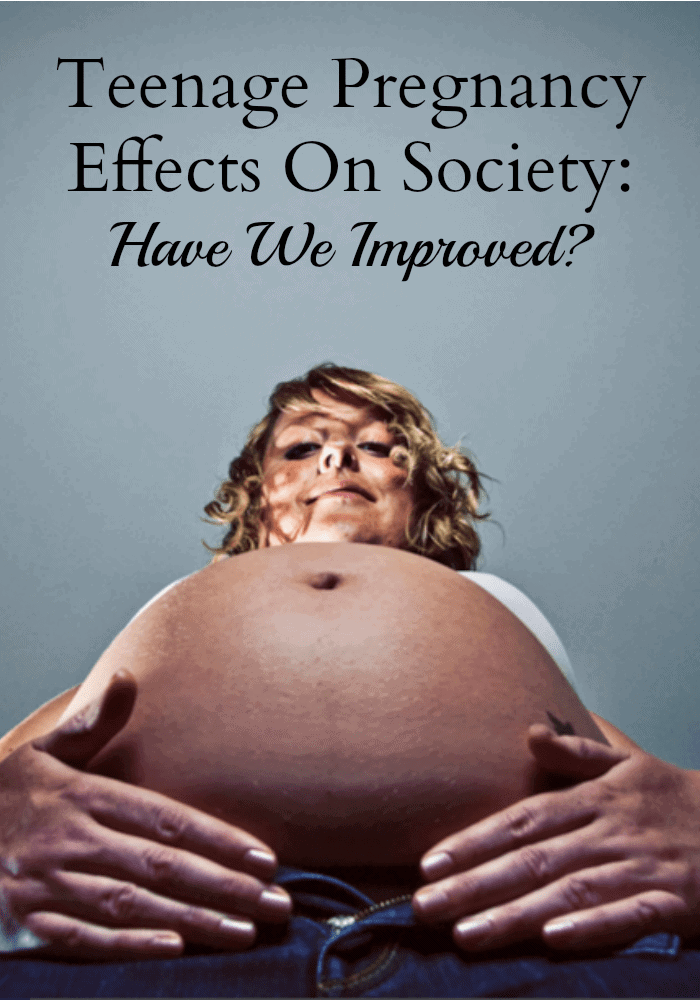 By now many of us know in the 1990’s  teenage pregnancy rates were running very high. If you were a 90’s teen, the chances are pretty high that you knew someone personally who became pregnant in high school. At that time according to the US Department of Health & Human Services, the birth rate rose to 61 births for every 1000 teens between the ages of 15-19. This high number had a huge effect on society and we were forced to look at teenage pregnancy head on.

Teenage Pregnancy Effects On Society: Have We Improved?

Twenty-five years later we have seen that statistic decrease to 25 births for every 1000 teens between the ages of 15-19. While that number is still higher than other countries such as Canada and the UK, some of the efforts that have been made to decrease teenage pregnancy have been effective. The stark reality is these high teenage pregnancy numbers have multiple effects on society that impact all of us.

Let’s be real, most teens do not have a large income stream of their own. As they try to raise this tiny baby that has now come into their world, they do not have the skills for higher paying jobs without high school or college educations. At best this leaves many teens in low paying jobs scraping by, but many teens find themselves turning with no choice to society when they fall short. The Alliance for Excellent Education estimates that each high school dropout costs the nation approximately $260,000 in lost wages and tax dollars. Welfare programs, healthcare programs, and other public programs bear the weight financially which costs all of us as taxpayers billions of dollars.

It is no surprise that getting pregnant when you are a teenager can deter you from completing college or even high school. The trouble is that graduates with degrees and diplomas not only earn higher wages overall, they also earn higher wages over the course of their entire lifetime. If we could help even some of these teens delay parenthood until later in life, as a society we better prepare them financially for adulthood.

Another downfall that often happens is that often the cycle repeats itself. Children who have teen parents are more likely to become teen parents themselves. This stems back to the financial side of things, as most teen parents struggle to provide for their children. This means the children have fewer opportunities and less chance at having a full education.

Is Abstinence The Solution?

While abstinence is defiantly a way to ensure you will not become pregnant, several studies have proven that an abstinence-only education increases teenage pregnancy. The statistics show higher rates of teenage pregnancy in states with an abstinence-only education programs in schools. Rather than deterring teens from having sex in the first place, these programs deter teens from using contraceptives.

Readers, what other effects do you think teenage pregnancy has on society?

29 thoughts on “Teenage Pregnancy Effects On Society: Have We Improved?”