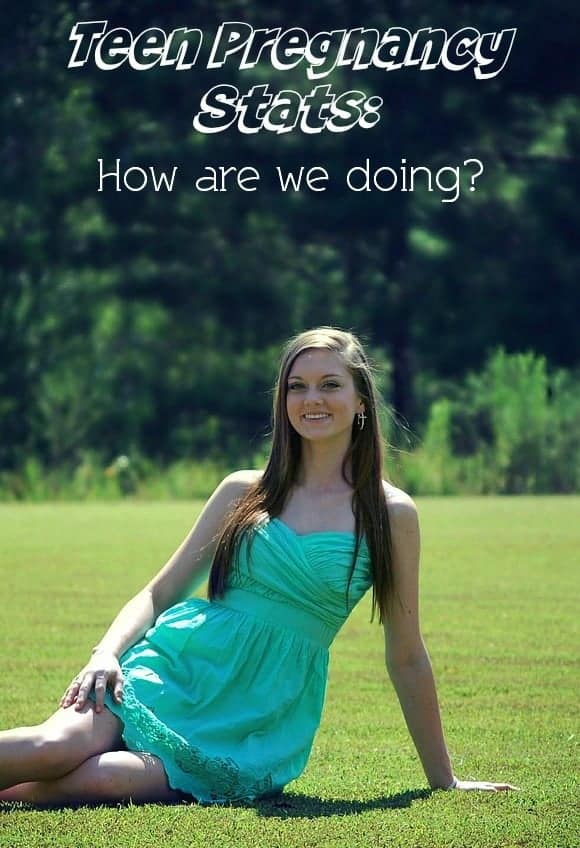 Gen X (and the very early part of Gen Y) parents must be doing something right. Teen pregnancy stats are on the decline since we become the parenting generation. Yes, it was also our generation that also caused the highest spike ever, but that just shows that we learned from our mistakes AND found a way to teach our kids to learn from them too.

Let’s not give ourselves a huge round of applause yet, though Gen Xers. Teen pregnancy stats in the US still outnumber those of any other developed nation. We have a LONG way to go.

Teen Pregnancy Stats at a Glance

The following teen pregnancy stats are from 2013, unless otherwise noted. Official stats for 2014 won’t be out until well after the end of the year.

The following graph, courtesy of the CDC, shows the numbers by race.

Let’s keep those teen pregnancy stats on the decline!

What can we do to keep getting those teen pregnancy stats down? I’d say more of what we’re already doing, for one thing. Education, education, education. Talking WITH our kids, not AT them. I really think that’s where we Gen-Xers got it right. We remember how much we hated being lectured. We recall rolling our eyes at repeats of Leave it to Beaver, when the Beav’s dad would sit him down for a long, lengthy lecture about his misdeeds. Like THAT ever worked on us! Instead, we focus on discussion, really finding out what our kids are thinking. Finding out what’s going on with them, what matters to them. We’ve found that magical balance between friend and parent. We rock!

Let’s rock harder. Gen-Y, you’re up next here, by the way. Let’s take it a step further and really push those teen pregnancy stats down. How? Start by finding out what you know. The CDC has all sorts of cool little tools, including this quiz to find out how much you really know about teen pregnancy prevention.

How did you score? Not to toot my own horn, but I got a 100%. I always was a bit neurotic about my grades. Plus, I studied a lot with all the teenage pregnancy posts I’ve written here.

I think it’s fantastic that teen pregnancy stats are steadily declining. I’d like to see them decline even more by the time my son is a teenager. Let’s take a moment to congratulate ourselves as parents. Let’s also congratulate our teens for making better choices than our generation made. Then let’s get back to work and get those rates lower!

What do you think contributes to the decline in teen pregnancy stats? What more can we do to keep the trend going?