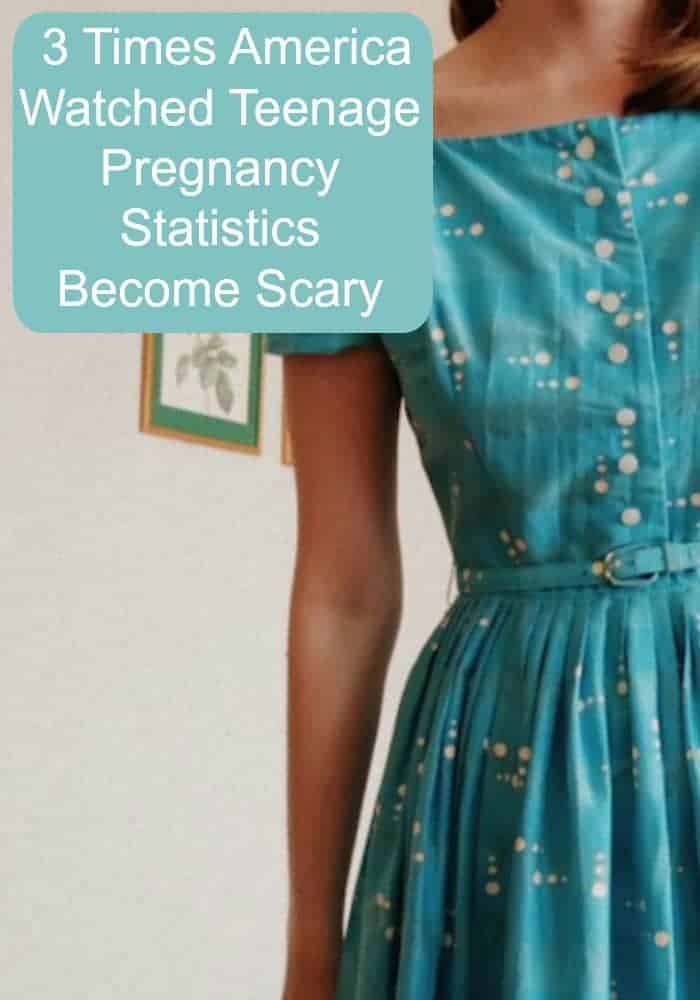 I’ve taken a look at some statistics from the Guttmacher Institute, which reports regularly on public policy in the US. There are three key time periods in US history where teenage pregnancy rates changed drastically.

In the 1950’s, teen pregnancy numbers were very high averaging at 96 births for every 1000 girls age 15-19. All of the famous movies such as Grease which showed teens driving around in cars and acting wild were no joke. Teens were not just drinking milkshakes and dancing in poodle skirts, there were many babies made during that time. Many people think back on the 1950’s as a period of innocence, but it was also a time of naivety. This was also the end of World War II, and the Baby Boomer era was born. Teenage pregnancy was also considered more of a social problem rather then and education or health issue at this time.

In the mid-1970’s according to Prospect.org, the Guttamacher Institue published some of the first detailed statistics on adolescent fertility. They made a sweeping statement saying there were a million pregnant teenagers a year and included both married and unmarried women in the statistics on pregnancy for ages 15-19. Congress began taking a look at adolescent health through a series of hearings, and many of the expert witnesses cited Guttamacher’s statistics. Teenage pregnancy was starting to be seen as an epidemic, and through both federal and state task force programs the number of pregnancies began to drop and stabilize.

The birthrate in the nineties climbed and was sitting at a national average of 68.1 births for every 1000 teens that are age 15-19. That number can be hard to visualize so we can take it one step further. Let’s imagine you are in a very small High School in 1991 that only has 100 girls. That would mean statistically 7 of the girls in that high school would have become pregnant that year. During the 1990’s more key educations programs were put into place, especially through the Bill Clinton era. Several studies increase that both an increase in abstinence education and increase in contraceptive education seem to have cause behavior changes in teens that were sexually active. This means because of education, more teens were abstaining or using contraceptives (particularly more reliable methods of contraception) and the birth rates dropped.

Readers, what do you think was the scariest point in history for teenage pregnancy in the US?