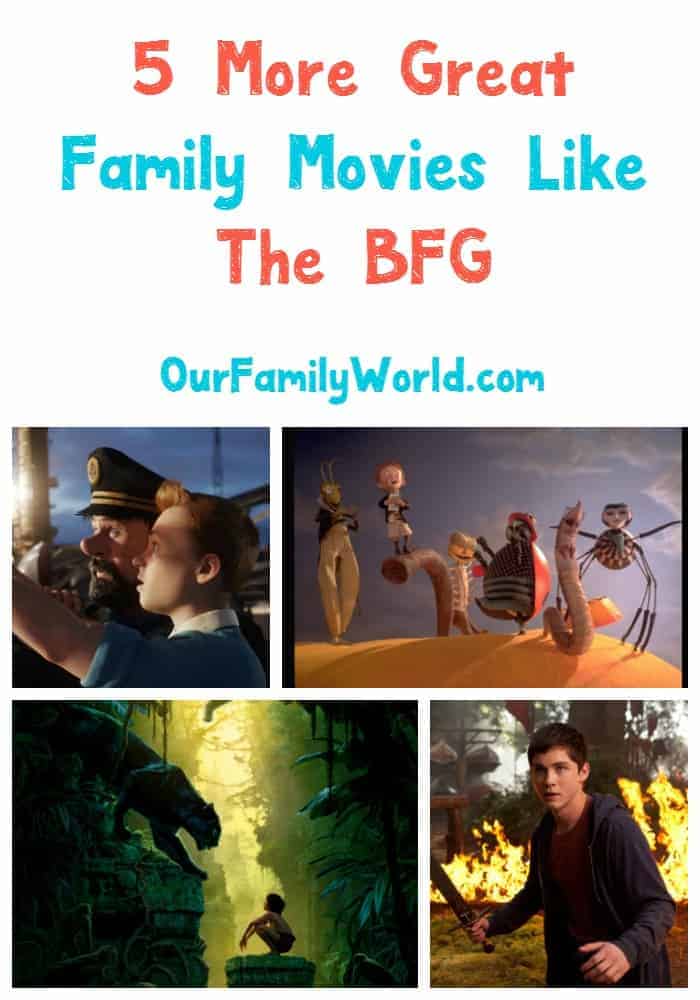 Looking for more great family movies like The BFG? We have you covered! The BFG is a fantasy adventure movie, due in theaters on July 1, 2016. The Walt Disney Studios Motion Pictures movie is about the adventures of a little girl named Sophie and a friendly giant named The BFG, or Big Friendly Giant, for short. Here are some other moves like The BFG.

The Witches is a 1990 fantasy movie that is based on the 1983 book of the same name by Roald Dahl. The movie stars Anjelica Huston, Rowan Atkinson, Mai Zetterling and Jasen Fisher. The Witches is the adventure of Lucas Eveshim, a young boy who has been transformed into a mouse by a group of witches, as he and his grandmother team up to destroy them.

The Jungle Book is a 2016 fantasy adventure film that is based on the 1967 movie of the same name. The film stars Neel Sethi and the voice cast of Bill Murray, Scarlett Johansson, Christopher Walken, Lupita Nyong’o, Ben Kingsley and Idris Elba. The Jungle Book is about Mowgli, who leaves the jungle he calls home after it is threatened by Shere Khan, a fierce tiger. He is not alone, though, as he is guided by some friends Bagheera and Baloo.

James and the Giant Peach

James and Giant Peach is a 1996 musical fantasy movie that is based on the 1961 book of the same name by Roald Dahl. The movie stars Paul Terry, Miriam Margolyes, Joanna Lumley, Pete Postlethwaite as well as the voices of Simon Callow, Richard Dreyfuss, Jane Leeves, Susan Sarandon and David Thewlis. James and the Giant Peach showcases the adventures of James, an orphan boy who runs away and befriends some bug friends including a grasshopper, centipede, ladybug, spider, earthworm and glowworm.

The Adventures of Tintin: The Secret of the Unicorn

Can you think of any other great family movies like The BFG that we missed? Are you looking forward to seeing this movie with your family?

22 thoughts on “5 More Great Family Movies Like The BFG”