Need some inspiration to help stop bullying in your school? Take a look at these stories! 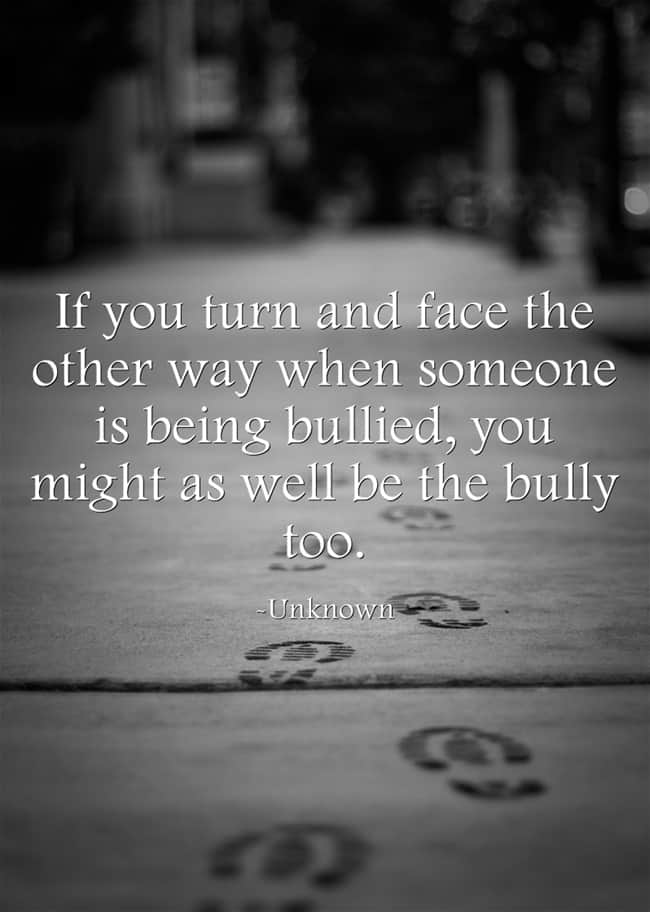 Back to school season is just around the corner. For many kids, sadly, this also means back to bullying season. For some kids, summer is more than a vacation from homework, teachers and cafeteria lunches; it’s also a break from dealing with daily torment at the hands of a bully. Now that kids are getting ready to head back, discussing strategies to put a stop to bullying is becoming a main focus for both parents and kids.

We are constantly reading the news looking for new information about bullying to bring to you. During those searches, we’ve seen a lot of disturbing stories. Kids committing suicide, schools ignoring parents’ pleas for help- stories that we wish never happened. In between those sad and horrifying tales, though, there are also stories that bring hope and inspiration. Today, we’re sharing those stories, so that they may inspire others to step up and stop bullying.

Inspirational stories of those trying to stop bullying

I came across Charisma Cares when I was searching the news for articles about bullying, and I was immediately drawn to their mission.  Photographer Andrea Annis uses her talents to help drive awareness about the serious- sometimes fatal- ramifications of bullying. Her images take viewers through a story of bullying from the initial states to the shocking (yet very tastefully done) image of a suicide. Many of the stories also include a “what if” photo. What if someone stepped in and stood beside the victim? Would the outcome be the same? Check out Charisma Cares on Facebook to see these powerful images and learn more about what Annis is doing to help stop bullying.

For those who don’t already know, Comic-Con is the biggest sci-fi/fantasy/comic book convention in the world. During the 2013 San Diego Comic-Con, the convention held the first-ever Anti-Bullying Red Carpet Mixer & Press Summit. Anti-bullying messages were at the heart of many conversations throughout the conference.  Organized by Chase Masterson of Star Trek, the mixer also featured celebrity panelists, authors and other leaders in the fight against bullying.

Each year for the last five years, the Yankees have held HOPE week. HOPE stands for Helping Others Preserve & Excel. It honors different groups and people who are committed to service and goodwill in the community. This year, the Yankees hosted the anti-bullying organization Stand for the Silent. Kirk Smalley spoke to thousands about his son Ty, who took his life at age 11 due to bullying.  Kirk and his wife, Laura, have dedicated their lives to trying to put a stop to bullying so no other parent has to feel the pain they’ve felt. Take a look at Kirk’s powerful video “Alone with Ty.”

Did you know that there are no federal laws to protect against bullying? In some cases, when bullying is based on race, religion, sex, age or disabilities, the federal law protecting those classes of people can step in. Otherwise, it’s up to individual states to enforce anti-bullying laws. In most states, those laws are vague at best and do little to protect victims. The D.C. Office of Human Rights is trying to put a stop to that, at least in Washington. They are partnering with the RFK Center for Justice and Human Rights to make compliance with laws stronger. Learn more about their initiative to stop bullying at Project SEATBELT.

One of my favorite stories about teenagers joining the fight to stop bullying comes from StopBullying.gov. Anna Holcombe- a 15-year-old member of 4-H from Canon, GA- was assigned a project to create a tri-fold poster about bullying. She was so inspired by what she learned that she has made it her mission to teach others how to prevent bullying. She says “I may not be able to stand up against millions of people alone to protest bullying but when joined together with other passionate individuals, we can stop bullying and make the world, and millions of victim’s lives, better.” Anna proves that one person who believes strongly enough in a cause can make a huge difference.

As we head into back to school season, it’s important to start thinking about how you will deal with bullying if it happens in your child’s school. I can’t even say “if it happens to your child,” because bullying is something that we all need to help fight, even if it doesn’t affect us personally.  These stories and others like them help inspire us to keep looking for new ways to put a stop to bullying, and to reflect on the reason why it’s so important.

Do you have a story about bullying that you would like to share with our readers? We are seeking real-life stories to highlight on OurFamilyWorld. Share only as much information as you feel comfortable with. If you are interested, please fill out our Bullying Questionnaire.