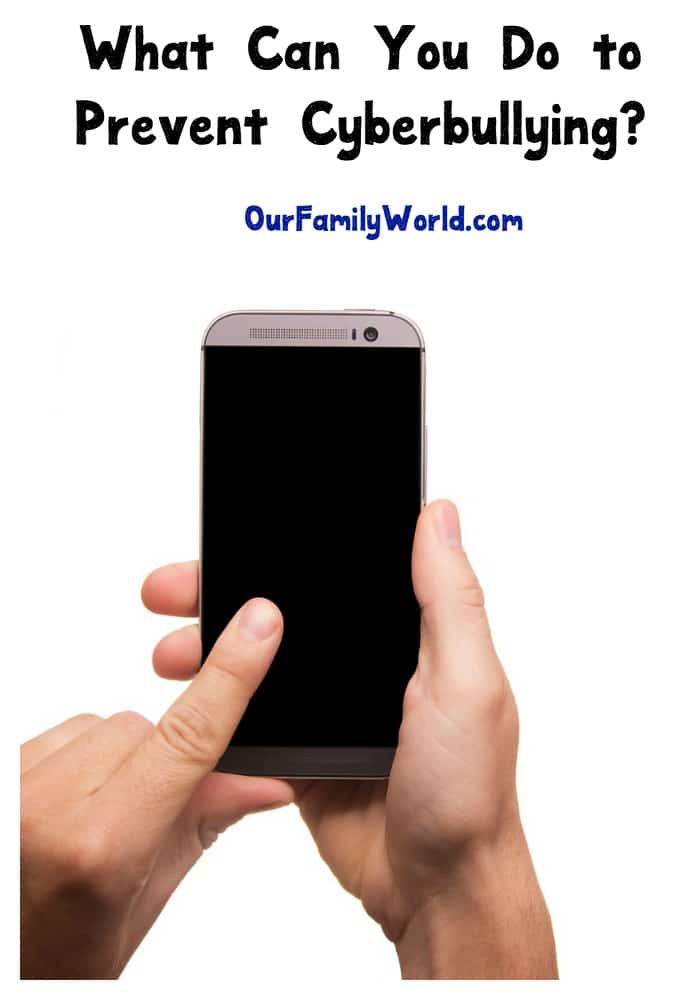 Why be concerned about cyberbullying? Most people have had to deal with a bully at some time in their lives. Or, perhaps you were the bully. Bullies today have the ability to broadcast their slander and hurtful words with lightning speed to myriads of people, locally, nationally, and globally. How? Cyber bullies use modern-day technology. Merriam-Webster dictionary defines cyberbullying as “the electronic posting of mean-spirited messages about a person (as a student) often done anonymously.”

How Prevalent is Cyberbullying?

The statistics for cyberbullying are shocking! According to 2010 statistics, one out of every three teens has been a victim of cyberbullying. Some studies indicate even higher percentages! The National Crime Prevention Council (NCPC) reported that 40% of teenagers using the internet have been bullied online.

• Girls are more likely to be victims online and more time spent online increases their chances of becoming a victim.
• Only 10% of kids report to their parents when they are cyberbullied.
• Only 15% of parents know that their kids have been cyberbullied.

Could Cyberbullying Be a Crime Where You Live?

The act of cyberbullying may be a crime depending on where you live. Since cyberbullying involves social networking sites, texting, e-mails, chat rooms, and other media via electronic devices, the attacks can be recorded and tracked. Threatening and slanderous messages may be illegal. The cyberbully may have their web accounts shut-down in addition to further legal action taken against them. Parents may even be held legally responsible if their child has been guilty of cyberbullying. Check out this chart to see if cyberbullying is illegal in your state in the US: State Cyberbullying Laws. In Canada, cyberbullying can be addressed by federal laws covering defamation, harassment, and libel.  Provinces and territories also have laws specifically for cyberbullying. You can find out more at the PREVNet website.

What Can You Do to Prevent Cyberbullying in Your Family?

If you don’t want your child to be a bully or cyberbully, teach them to show kindness and respect to all people while they are young. As a parent set the proper example. Do you as an adult make fun of other people because of race, gender, or appearance? Instead, try and bring out the positive aspects that you see in others. Hopefully, that’s the example your children will follow.

• Do not answer messages from anonymous sources.
• Do not reply in any way to a negative message.
• Do not forward or spread negative information about someone.
• Children should keep open communication with parents regarding all of their internet activities.
• Keep the home computer in a common area of the house (not a private room).
• Do not give personal information such as name, address, and social security (or social insurance number in Canada) out to anyone on the internet or social media.
• Limit actual time spent on the internet, cell phone, or other media devices.

For more tips, check out How to Prevent Cyberbullying.

Cyberbullying can lead to much suffering and may contribute to a victim’s depression, low self-esteem, or thoughts of suicide – victims sometimes take their own lives. It is a serious subject that needs to be discussed with all family members. Discuss how to avoid cyberbullies, and what to do if one comes after you. There are several authoritative sites you can visit to get up-to-date information regarding this subject such as the National Crime Prevention Council and the Cyber Bulling Research Center.

If you don’t want to see, your loved ones hurt by cyberbullying then give your family the needed skills to prevent it! Have you or a family member experienced cyberbullying?

2 thoughts on “What Can You Do to Prevent Cyberbullying in Your Family?”