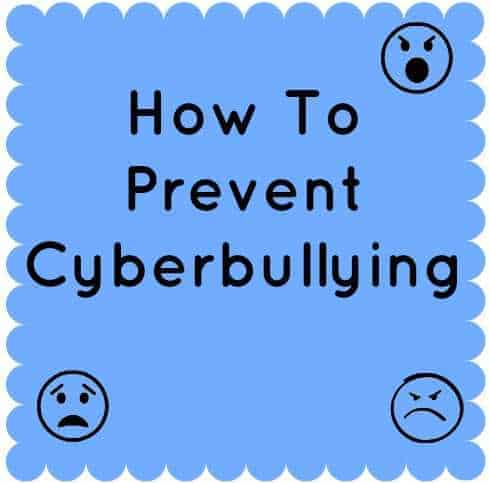 With more children using the internet than ever before, it has become increasingly important to figure out how to prevent cyberbullying. Once upon a time, the worst thing that parents had to worry about in terms of bullying was a nasty kid on the playground calling their children names. As if that wasn’t bad enough, kids have found a whole new way to pick on each other- the internet.

Cyberbullying is not only damaging to a child’s emotional well-being, it is also illegal. While laws vary, all 50 states have some type of regulation against harassing or threatening others through the internet. Unfortunately, even if the law intervenes, the damage may already be done. It is better to learn how to prevent cyberbullying in the first place than to deal with the fallout after it happens.

How to Prevent Cyberbullying

•Pay attention to your kids’ online activity. One of the best ways to prevent cyber bullying is to simply pay attention to your kids. Friend them on Facebook, monitor their online activity, and don’t let them disappear into their rooms for hours of internet time. This doesn’t mean you have to stalk your teenagers online or dig through all of their emails every day, but just them know that you reserve the right to check up on them occasionally.
•Talk to your kids about the effects of their words. Growing up, kids are taught to reply to nasty words with “sticks and stones may break my bones, but names can never hurt me.” Nothing could be farther from the truth, however. Names can hurt way more than sticks and stones. Physical damage heals, but psychological damage from bullying can last forever. Talk to your children about how hurtful name-calling can be, and how once something is on the internet, it’s very hard to take back.
•Know the law, and make sure your children understand it as well. Familiarize yourself with the laws for your state, and make sure your children understand that if they harass someone online, they may be breaking the law. If your child is being continually harassed, consider contacting the authorities and filing charges against the bully. It may seem extreme, especially when children are involved, but sometimes it’s necessary. Laws change regularly as states and regions continue to work hard to figure out better ways on how to prevent cyberbullying, so be sure to keep up with them.
•Teach your child to know when to respond. Stopbullying.gov suggestions on how to prevent cyberbullying  tell your child to ignore taunts and nasty emails or messages, but that’s often easier said than done. In some cases, ignoring the situation can prevent cyberbullying from escalating because the bully isn’t getting a reaction. Sometimes, however, kids do need to defend their reputation, as others may take their silence as confirmation. Knowing when to respond isn’t easy. Basically, if you and your child feel that more good than bad can come out of defending against the comments, then try it.

Regardless of how hard you try to prevent cyber bullying, it can still happen to your children. If it does, be supportive and help them figure out the best way to deal with the situation. Your first instinct may be to step in and start calling parents or teachers right away, but make sure you involve your children in that decision rather than blindsiding them with it after the fact. Try to remember back to when you were in school, and how you would have felt if your parents went over your head to involve other parents or teachers without giving you some sort of advance notice. By working together, parents and kids can determine how to prevent cyberbullying in a way that works for everyone involved.

4 thoughts on “How to Prevent Cyberbullying”