For over 3 years, my son was experiencing bullying. He was called bad names, threatened, and was excluded from games. It was more of a psychological abuse than a physical abuse. Each year, it was a different bully: one year it was a girl who threatened to kill him, another year it was a boy who wanted to take his pocket money, and still another one it was a boy who called him bad names and asked other children to avoid him. Each bully had a different background! 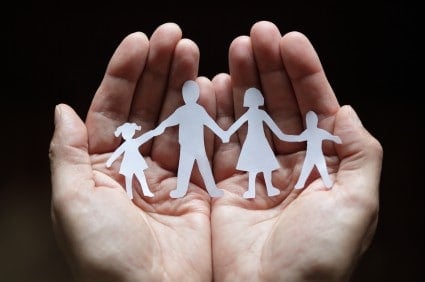 Bullies come in all shapes, sizes and intellectual incapacities.

Bullies are not all products of abused and neglected backgrounds, according to my son’s principal. There is no rhyme or reason as to why one student gets bullied and the next does not. The tall, the short, the smart, the fit, the less fit: each has the same the chance of being bullied. She was right.

“Students whose fathers are involved are far less likely to be bullied,” the principal said. She was right!

For over 3 years, I was in constant contact with the school teachers, principals, educators and all the school staff to help my son go through this journey. It was hard for him and for all the family. My husband was involved too. He did not attend meetings with the teachers or discussions with the therapists. He was more involved in helping my son go through this by raising his self-esteem and teaching him how to defend himself.

Few months ago, one of the bullies pushed my son on an icy ground. He fell on his head. Fortunately, he did not hurt himself! But my husband was so upset that he rushed to the principal’s office and asked for this to stop. The bully happened to be in the principal office and saw my husband. This meeting smoothed things over a lot.

“For a would be bully: knowing that there is a dad and that he is often seen in the school, is a strong deterrent”, the principal said. She was right again!

Moms and Dad should work together to stop this!

I am not blaming fathers because they don’t or can’t spend quality time with their children. Life is not easy: Fathers need to work hard to give food and proper housing for their family. But for the sake of our children, fathers need to make an extra step to help stop this silent epidemic: Bullying.

24 thoughts on “Bullying: The Dad’s Effect”