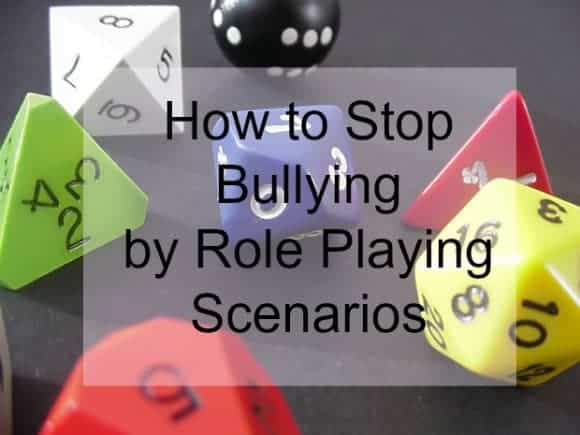 With some of the tragic consequences of bullying dominating the media landscape these days, and the focus this has created at the local level, it is difficult to avoid a conversation about bullying at some point or other.  If you have young children it is not only a topic of conversation, but an issue of very real concern to your family.  We had it thrust at us rather suddenly, without warning, and our involvement with bullying morphed from day to day until we finally figured out the truth of things.

Initially we were concerned that our son had turned into a bully behind our backs.  He had been moodier lately, a little more sullen, a little angrier.  We knew that something was going on, but he is a typical boy of seven.  The details of his day revolved around gym, recess, and lunch recess.  A fountain of information he was not…though he rarely stops talking long enough to catch his breath.  After speaking with other parents and asking them to ask their children about what was going on with our son.  This was a wise course of action, because we quickly realized that our son was not a bully (thank goodness!), but that he was acting out in class.  Further interrogation of our son revealed that another boy was whispering in his ear constantly, trying to get our son to over-react (he is good at that).  His over-reactions were seen as disruptive by the teachers (which they were), so they were constantly yelling at him, and the other children started to avoid him, as he was perceived as a trouble-maker.  Our fear that our son had become a bully was completely off the mark.  He was the one being bullied.  Lucky for us the March Break was upon us, so we had time to deal with it.

I grew up playing Dungeons & Dragons, and other role-playing games.  This geek factor never went away, and before my son had even been born I started creating a world for him, for when he was old enough to play.  I thought that a good way to teach the rules of the game would be to have him go through Mage School.  When the bullying crisis came about I had an idea to use the role-playing game as a tool.  We spoke with our son about how we perceived the situation, and how we felt he should deal with it to turn things around.  I then created a role-playing event for the game we were playing that involved bullying.  He was able to walk through a bullying scene, to play it out, and test out new strategies.

I don’t know how much the role-playing had to do with the changes that happened over the next month and a half, but now my son sits at the front of the class (when the teacher had resisted the idea previously because he was such a distraction) and he feels welcomed by the other children once again. Instead of over-reacting to the niggling student, now he just ignores him.  My son learned that rather than use his fists, he should use social isolation.  Now he trusts us enough to bring problems to us before they become too big.  He sees that our strategies worked for him.