As we discuss school bullying facts, we have to consider the number of violent incidents in our schools in the past two decades. While those cases are rare and specific, we are forced to think about the reality that our children may be sitting next to someone who is violent. 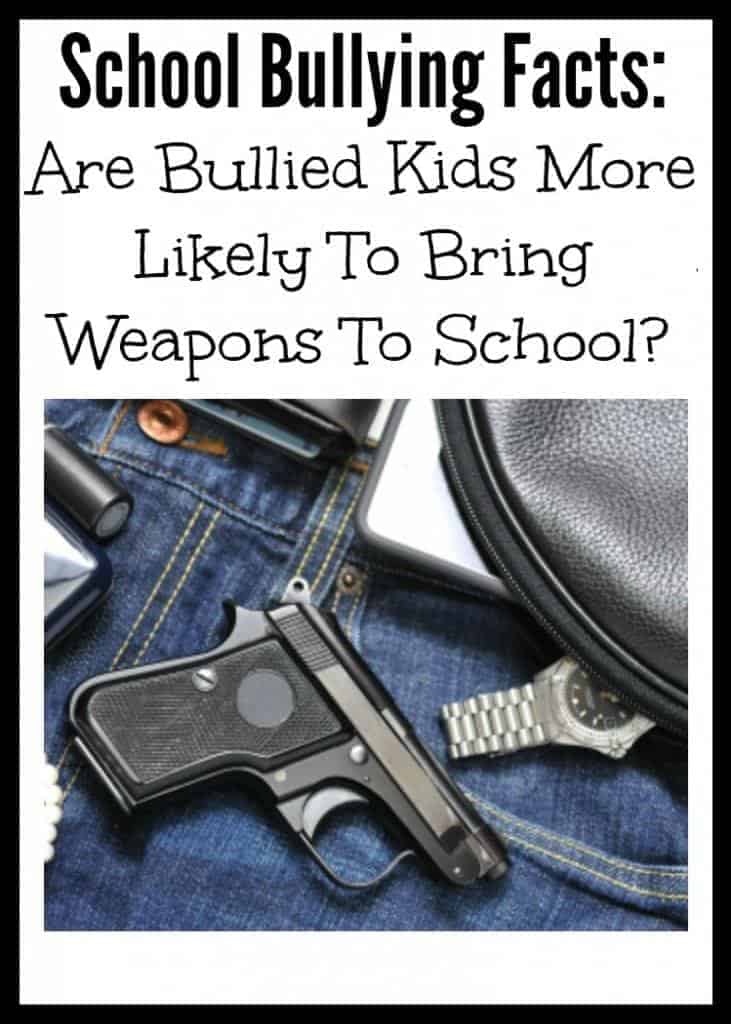 Nobody wants to accept that the answer to this question could be true. Indeed, school bullying facts tell us that the majority of our classrooms include at least one child who is carrying a weapon. Some are simply a matter of self defense, but others are a means to retaliate out of anger and pain. Facing these facts can cause fear in the hearts of any parent, let alone the fear other students and teachers face as they question those sitting around them daily.

A recent study by the Center for Disease Control shows that out of 15,000 students nearly 20% have reported having been bullied within the last year. These statistics are just a small number in the millions of students nationwide. School bullying facts are out there for us to understand and accept. While they are unsavory, they are reality and we must be prepared.  Preparation comes in many forms today.  For students in many metropolitan areas a daily backpack search and/or metal detectors at the entrance to their school is routine. While many parents may think it is overkill, these school bullying facts presented to us in recent studies prove that our increased security methods are not unwarranted. It is quite possible that at least one student in every classroom is carrying some type of weapon with them on a daily basis.

For those who do not believe that bullying exists in our public and private schools, studies like this one presented by the CDC provide school bullying facts that we can pinpoint for reference. With not only psychological bullying occurring but true violence against our children occurring we must be aware of the consequences and what may be happening right under our noses.

Some children may be carrying something as small as a rock or a pocket knife in their book bags, others may have resorted to smuggling a gun in to use as a threat against their tormentors. Unfortunately, these children are the ones being caught and punished while the bully who causes the pain initially is being overlooked. Sadly, many of our children are being tortured to a degree that they see no other way out of the bullying than to become violent themselves.

Did You Know these Five Facts about Bullying in History?

The school bullying facts are in. Our kids are being tormented more and more by their peers and the result is our classrooms are increasingly becoming a breeding ground for more violence. The metal detectors, security and extra searches are only a small way to protect our kids. The fact is we need to establish better methods of preventing and stopping the bullying itself. With an end to bullying, the potential weapons and violence in our classrooms will quickly disappear.

For more information on bullying and how you can prevent it, check out our stop bullying tips.

Do you think that school bullying increases the risk of a child bringing a weapon to school?