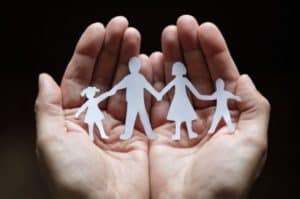 Yesterday my son came back from school shaking ! A 10 year-old boy hit him. My son defended himself as much as he could. Fortunately he had no bruises. His karate classes protected him from the harmful attacks. Unfortunately, my son was upset by the situation. He was afraid to go back to school and get into another fight with this bully. This latter is the strongest boy of the school. No one can beat him, he told me!

I rushed to the school and mentioned the incident. Let’s read their replies

Are schools no longer safe these days? Last week, a teen was beaten by his high-school team mates. 30 students were watching the incident and videotaping it. NO ONE tried to help him? NO ONE!!! Are we raising monsters?

Here are some statistics for school safety and bullying:

This is so sad!! What should we do then to raise our children in a safe environment? I don’t have the exact answer.

PLEASE HELP US IN OUR JOURNEY AGAINST BULLYING AND VOTE FOR US FOR BLOGHER VOICES OF THE YEAR. Small gestures can have big impacts. Thank you for your support.

2 thoughts on “Are schools no longer safe for our children?”