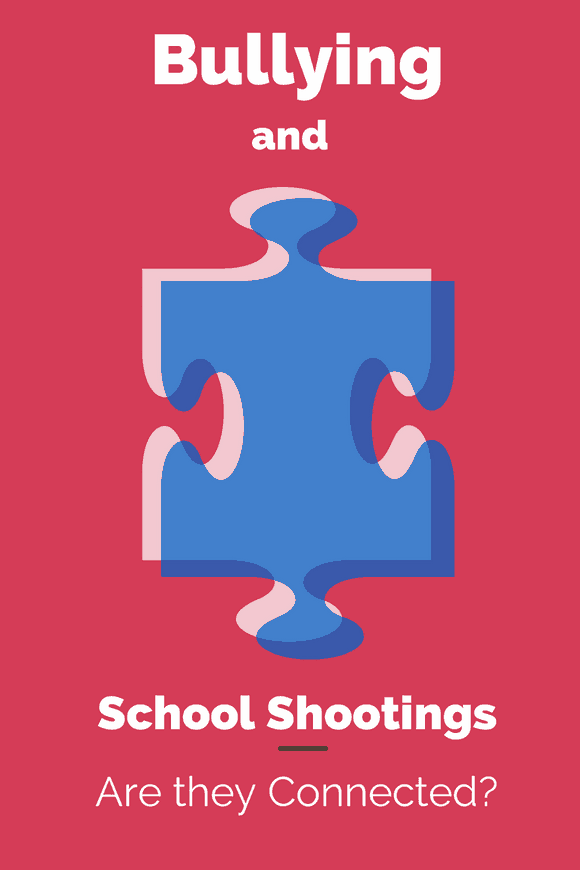 Let’s talk about school bullying facts and how they relate to school shootings. Every day, as my children get on the bus for school, I give them hugs and tell them to have a good day, be kind and stay safe. It seems slightly odd to me that my fears have grown from things like, Will they make a nice friend? to Will they come home alive?

Things are very different from my days of skipping to school. I worried about memorizing multiplication facts and fire drills. Now, children have “Code Red Lockdown Drills,” in which the kids hide under their desks, teachers lock the doors and do their best to keep children calm. Some schools go as far as practicing putting tables in front of their classroom doors to make barricades.

Related: Did You Know these Five Facts about Bullying in History?

Bullying and school shootings conjure up recollections of one of the more publicized tragedies…Columbine. Immediately, we want to know the reason for such devastation. The general belief is that the two gunmen were bullied into retaliation.

Perhaps there is a grain of truth in it, but according to the FBI and its squad of psychiatrists and psychologists, the teens had serious psychological problems and picked the school in order to create destruction on a larger scale. Michigan State University psychiatrist Dr. Frank Ochberg, and Supervisory Special Agent Dwayne Fuselier, the FBI’s lead Columbine investigator and a clinical psychologist, explained that their goal was to “cause devastating infamy on the historical scale.” They felt school shootings in the name of retaliation were “beneath them” and the chosen location was more an easy and convenient host of easy prey. In fact, they often enjoyed bragging about bullying other students.

So where does that leave school bullying facts as they relate to school school shootings? Opinions vary as statistics can be interpreted in different ways.

Studies and numbers paint a rather concerning picture of what bullying facts  in our school systems looks like. Dr. Andrew Adesman, chief of developmental and behavioral pediatrics at Steven & Alexandra Cohen Children’s Medical Center of New York, summed up the findings of the CDC’s report in a rather apt statement…

“Looking at these risk factors, it’s not hard to know who’s most likely to carry a weapon to school. The CDC gave us the dots — we connected them. The data is staggering.”

In the current year (2014), three incidents of bullying resulted in students later bringing a weapon to school. One of those cases ended with 20 peers and a security guard being stabbed by a 16 year-old student in a school near Pittsburgh.

Everyone can form their own opinions as to whether or not school bullying and shootings are linked, but there are ways to overcome the problem. Read up on ways to Stop Bullying When the School Won’t Help or great suggestions on How to Talk to Your Teen About Sexting and Bullying.

Do you think that bullying and school shootings are linked? How can we help stop further violence in our schools?

3 thoughts on “School Bullying Facts: School Shootings – Are They Linked?”