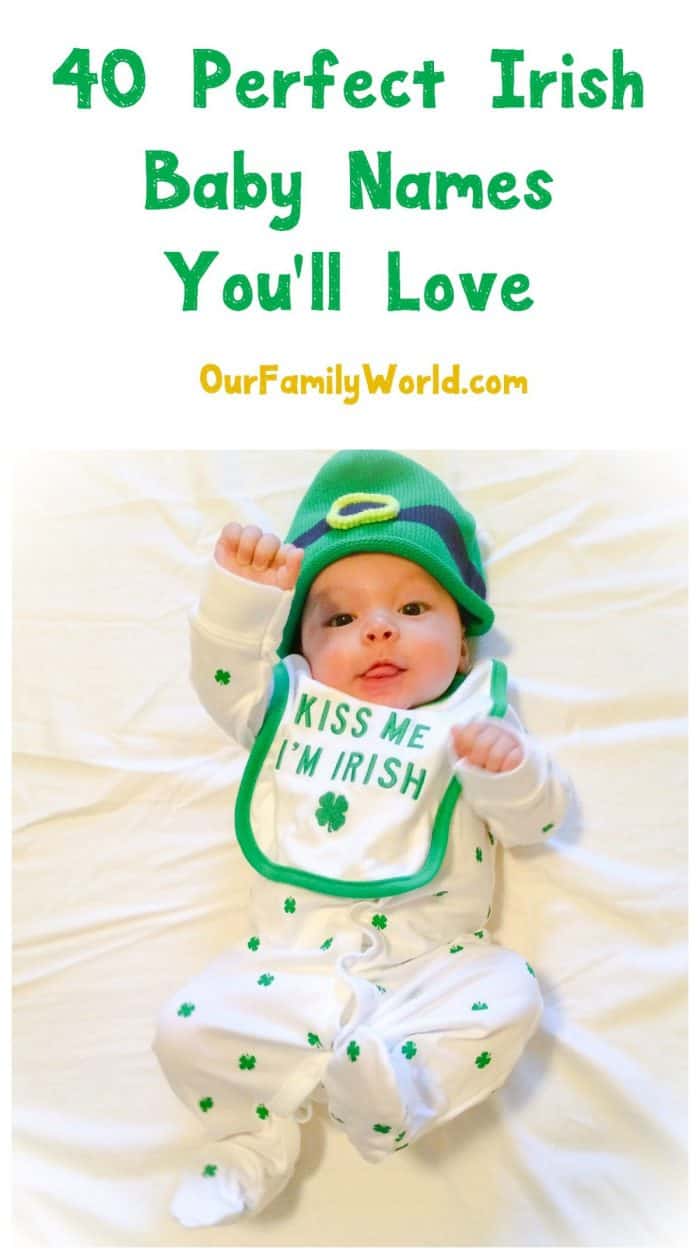 Irish baby names are in. Country singer Martina McBride has a daughter named Delaney (which means competitor’s child).  Film notables Daniel Day-Lewis and Rebecca Miller have a son named Cashel (which means fortress). Comedic Actor Ben Stiller has a son named Quinlin (which means very strong). Actress Jennie Garth has a daughter named Fiona (which has fame from the Shrek movie series and means fair).  Actors Alec Baldwin and Kim Basigner have a daughter whose name is of the country of origin itself – Ireland.

While there are about 33 million Americans of Irish descent living in the United States, you don’t need to be Irish to give your baby due in March an Irish baby name.

Even though the phrase “the luck of the Irish” comes from a history of the in the United States mining industry during the late 19th century as a way to validate the success of Irish and Irish-American miners, it is a phrase that we often celebrate on St. Patrick’s Day, March 17, and throughout the month of March. The cultural and religious holiday is celebrated throughout the world with the tradition of wearing green, religious ceremonies, parades, and festivals. From shamrocks to the color green, rainbows, leprechauns, and pots of gold, St. Patrick’s Day also involves many symbols of luck and happiness.

Some of the most popular names in the United States may not seem like they are of Irish descent. As of 2017 these include boy names such as Aidan, Brayden, Colin, Riley and girl names like Kayla, Morgan, Megan, and Kaitlyn.

So if your baby is set to be born sometime in the month of  March, why not make it a worldwide celebration and bring him or her a little luck of the Irish with a unique Irish baby name?

Nameberry has seen an upwards trend in popularity among Irish baby names for boys across the United States. Here are some of the more original Irish baby boy names, courtesy of She Knows.

Here are unique Irish baby names for girls, courtesy of She Knows. While they are not as popular as boy names, they are names that are worth placing on the consideration list of possible names for your future newborn.

If these names do not inspire you or you are looking for something more traditional or additional Irish names or names from Irish origin, visit these great sources: Babble , Babynames.net , Babynamesofireland.com.

Did you go with any of these Irish baby names for your tiny tot? Share in the comments!