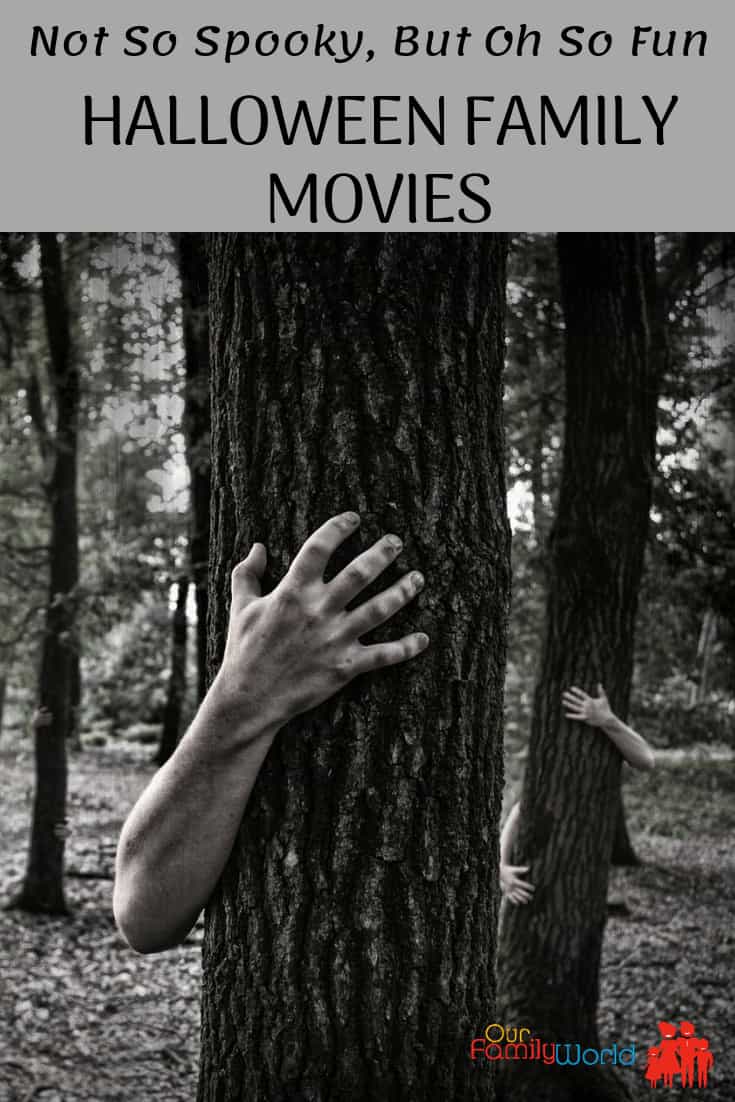 Gather around the cauldron and get ready to brew up some fun with these Halloween family movies that the kids will love! Let’s face it, while there are loads of great Halloween movies out there for grownups, they’re often way too scary for the little ones. Unless you plan on co-sleeping until your child is 10 (don’t laugh, it happened to our editor!), you’ll want to keep the fear-factors to a minimum! Check out our picks for the best Halloween family movies that are a-okay for even the most timid kids.

Related: Halloween: A Complete Guide for All Your Spooktacular Needs

The Nightmare Before Christmas was released in 1993, is ideal for kids ages 7 and older and features the voices of Danny Elfman, Chris Sarandon, Catherine O’Hara, William Hickey, Ken Page, Paul Reubens and Glenn Shadix. The movie is rated PG due to some scary images but it does not contain sex, nudity or profanity. It is a movie about the pumpkin king of town, who is bored with the fact that he does the same thing year after year on Halloween. When he happens upon Christmas town, he tries to turn Halloween town into Christmas town with the help of some resident goblins, ghouls and bats. But things don’t quite go as planned.

Hocus Pocus was released in 1993, is ideal for kids ages 11 and older and stars Bette Midler, Sarah Jessica Parker and Kathy Najimy. The movie is rated PG due to some scary sequences. On Halloween night, three witch sisters are resurrected after 300 hundred years. However, their reign of terror may not last long as two teens, a young girl and an immortal cat tries to stop them in their tracks.

Casper was released in 1995, is perfect for kids ages 6 and older and stars Christina Ricci, Bill Pullman, Cathy Moriarty, Eric Idle and Amy Brenneman. The movie is rated PG because it contains mild language and thematic elements but does not contain sex or nudity scenes. This movie is about an afterlife professional and his daughter, who move into a house that has resident ghosts. The professional is hired by the homeowner to get rid of the ghosts from the home. However, things aren’t so easy because while there is one friendly ghost in the house, there are also three of his uncles that are not so friendly. Of all the Halloween family movies, this is probably my favorite!

Halloweentown was released in 1998, is perfect for kids ages 7 and older and stars Kimberly J. Brown, Debbie Reynolds and Judith Hoag. There are three sequels that follow this movie: Halloweentown II: Kalabar’s Revenge, Halloweentown High and Return to Halloweentown. The movie is rated PG because it contains some scary scenes but does not have sex scenes, nudity or profanity. Aggie comes to town to defeat the evil that is taking over Halloweentown. However, things are not easy when it comes to fighting off dark forces.

What are your favorite Halloween family movies? Tell us in the comments!

6 thoughts on “Not So Spooky, But Oh So Fun Halloween Family Movies”