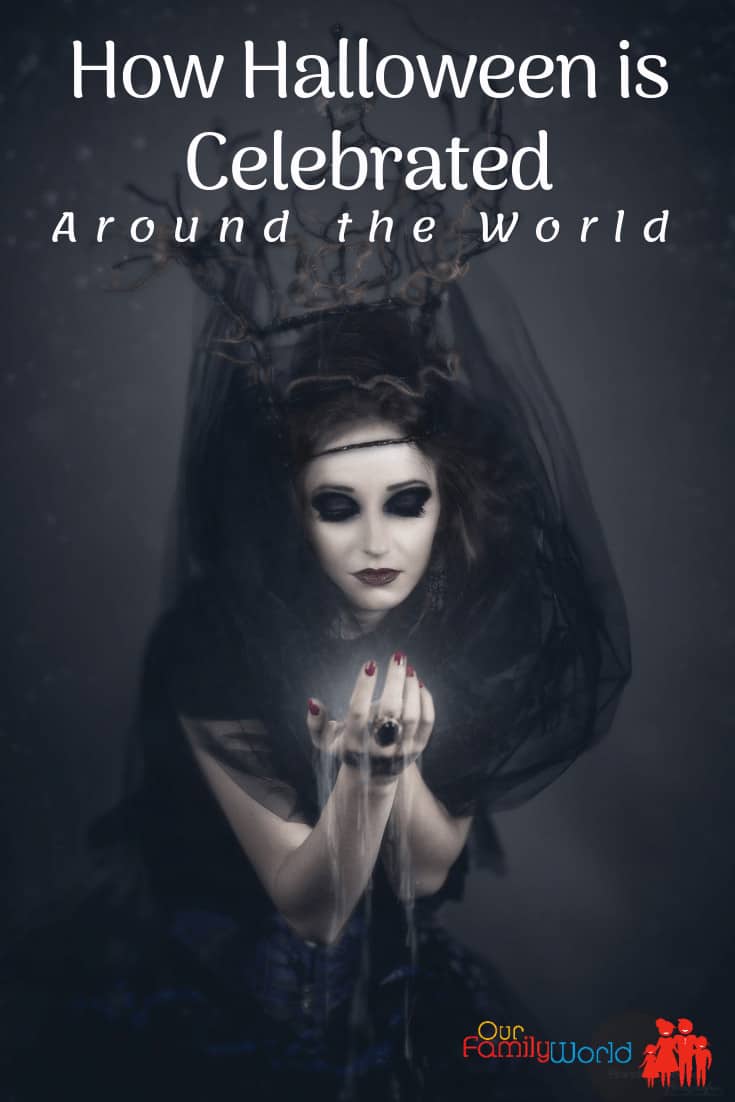 Did you know that Halloween is one of the world’s oldest holidays? It’s true! It dates back to ancient times! The Ancient Celts are credited with starting what we know as the “original” Halloween. they celebrated it as Samhain (pronounced more like sow-en, but softer, it’s hard to explain, but it’s most certainly NOT Sam-Hain). The original holiday was (and still is, for Wiccans and Pagans) a very special day to celebrate our ancestors,  the change in seasons, and the moment when the veil between the living and the dead was at its thinnest.

Like many holidays, Halloween changed over the years and throughout the world. Different religions adapted it to fit into their belief patterns, while others just adapted it into non-secular fun. Some already had their own versions of Halloween-like festivities already in place. Let’s take a look at how Halloween is celebrated around the world!

Related: New Trends In Halloween Costumes For Kids In 2015

How Halloween is Celebrated Around the World

Halloween is celebrated in August in Japan and is known by several names such as the Festival of the Dead, Obon or the Festival of Lanterns. This is a time when the spirits of the deceased come to visit their relatives that are living. People in Japan hang lanterns in the front of their homes in order to guide these spirits.

In Austria, on Halloween night before you head to sleep, people light lamps and place bread and water on the table. This is done to welcome back to Earth the souls of the dead.

Halloween in Hong Kong is known as Yue Lan, or the Festival of the Hungry Ghosts. It is thought that spirits walk the Earth for 24 hours. People that live in Hong Kong will burn photos of money or fruit so that these items can get to the spirit would and offer comfort to the souls that are there.

Back in the beginning, the boys and girls of England would carve beets instead of pumpkins on Halloween. These beets were then paraded throughout the streets. However, that was later changed when Halloween became known as Guy Fawkes Night, which was now celebrated in the beginning of November. On Guy Fawkes Night, people in England would lit bonfires and display fireworks.

In Mexico, as well as other Latin American countries, celebrate Halloween for three days. This celebration is known as The Days of the Dead, or El Dia de los Muertos. While it is intended to honor the deceased, it is also a time for happiness and celebration.  This celebration has been in existence for over 3,000 years.

How do YOU celebrate Halloween? Tell us in the comments!

15 thoughts on “How Halloween is Celebrated Around the World”