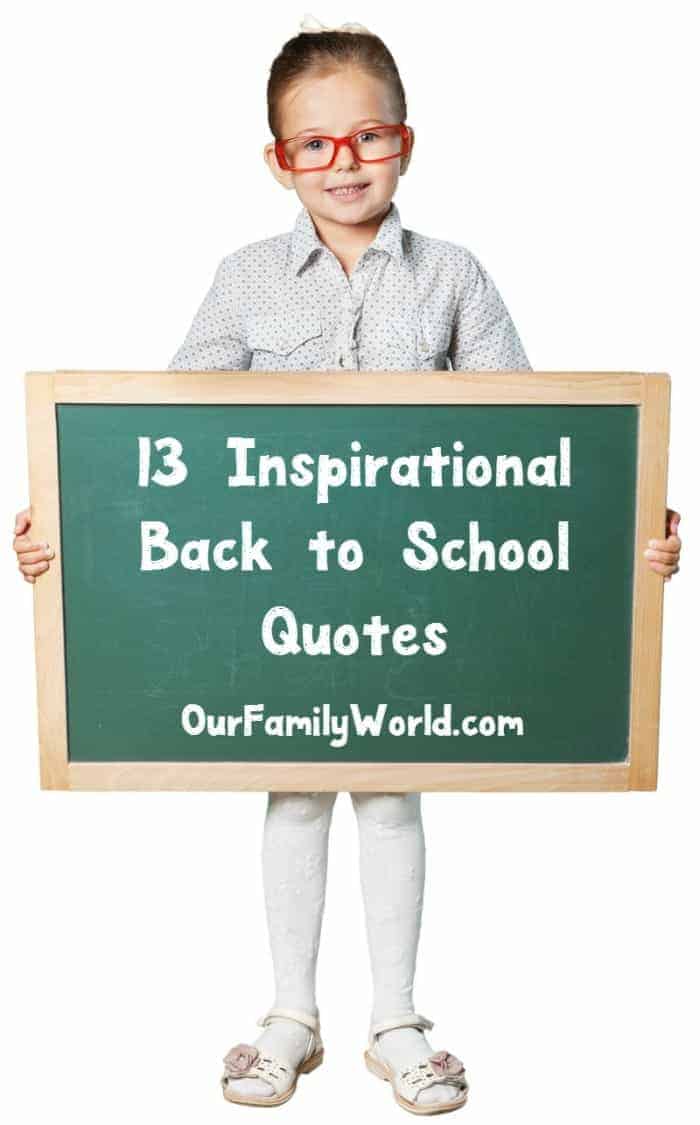 Need some help getting motivated for the new year? Check out these fabulous back to school quotes! Print them out and hang them in your child’s homework station, jot them down in your planner, or just repeat a few to yourself on those days when you’re feeling completely overwhelmed with shopping for school supplies. Going back to class is a rough transition for everyone, especially after a long summer of fun and freedom. While quotes aren’t going to banish all the stress, they always help me focus a little better and feel inspired. Here are a few of my favorites!

Related:5 Tips to Help Parents Reduce their Back to School Stress

Motivational Back to School Quotes

“Education is the most powerful weapon which you can use to change the world.” Nelson Mandela- Nelson Mandela was an anti-apartheid revolutionary, philanthropist and politician.

“Purpose is to replace an empty mind with an open one.” Malcolm Forbes- Malcolm Forbes was the original publish of Forbes magazine.

“You can never be overdressed or overeducated.” Oscar Wilde- Oscar Wilde was a playwright, poet, essayist and novelist.

““The difference between school and life? In school, you’re taught a lesson and then given a test. In life, you’re given a test that teaches you a lesson.” Tom Bodett- Tom Bodett is an author, radio host and voice actor.

“Labor Day is a glorious holiday because your child will be going back to school the next day. It would have been called Independence Day, but that name was already taken.” Bill Dodds- Bill Dodds is a children’s author and poet.

“The mediocre teacher tells.  The good teacher explains.  The superior teacher demonstrates.  The great teacher inspires.” William Arthur Ward- William Arthur Ward was one of the most quoted writer of inspirational maxims in the United States.

“He who opens a school door, closes a prison.” Victor Hugo- Victor Hugo was a French poet, Romantic movement dramatist and novelist.

“Education would be much more effective if its purpose was to ensure that by the time they leave school every boy and girl should know how much they do not know, and be imbued with a lifelong desire to know it.” William Haley- William Haley was a broadcasting administrator and newspaper editor.

Which of these back to school quotes do you love? My favorite is the one by Einstein! Share yours in the comments!