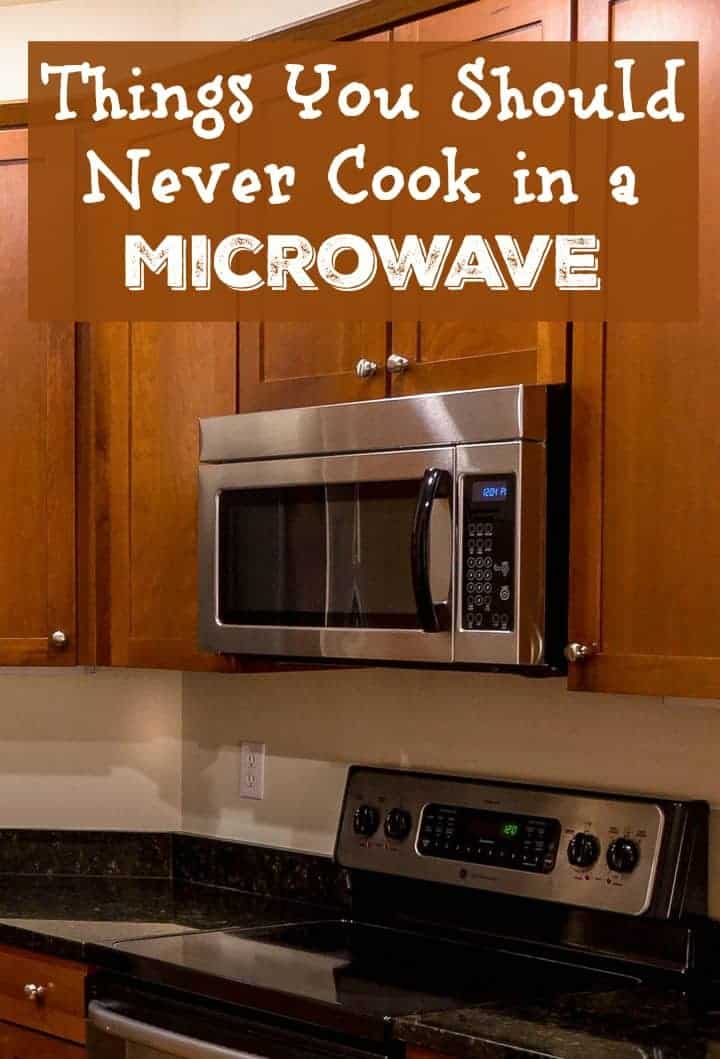 Things You Should Never Cook in the Microwave

Eggs with shells still on-

No matter what you have seen on Pinterest, you cannot cook hard boiled eggs with their shells still on in the microwave. If you try and do so, you will end up with a huge mess and a couple of burned fingers. The reason for this is the quick microwave heat creates a great deal of steam inside the egg, and that steam has nowhere to go. So what happens is the egg explodes and makes a huge mess. In fact, there have been cases of the egg exploding after removing from the microwave and causing injuries (think shells in the eyes). Bottom line: no eggs IN shells. Out of shells is a different story.

Many people try and defrost frozen meat in the microwave. It can be done but this isn’t something that is recommended. What happens is that during the defrosting period, the outer edges of the meat start to cook while the center is still frozen. This will allow time for bacteria to start growing. You can safely defrost meat in the microwave if you’re willing to put a bit of effort into it, but since most families are looking for the convenience factor, we’re all a bit guilty of tossing it in and hitting the defrost button, assuming we’ve done it right. This article from Michigan State University explains the right way to do it (along with more detail on why the wrong way is dangerous).

You never want to put breast milk in the microwave for two reasons. One is that it will distribute the heat unevenly. Many also believe that warming breast milk in the microwave destroys some of the immune-boosting proteins that are present in the milk. Even the Centers for Disease Control agree with that.  Instead, heat up a mug or bowl of water and then place the bottle in the mug.

While I can’t find a study to back it up, numerous sources state you should never put hot peppers like jalapenos in the microwave. The reason for this is that the capsaicin in peppers can catch fire and then when you open the door of the microwave, the chemical from the peppers will burn your eyes and your throat. Let’s call this one “unconfirmed but strongly possible.” I don’t think that reheating your everything slice of pizza for a minute is likely to cause a combustion, but tossing a bowl of ghost peppers in the microwave for five minutes just seems like a bad idea.

While cooking and heating in the microwave is convenient and speeds up things, we need to ensure that it is safe for us. Which foods you don’t cook or heat in the microwave? Tell me

23 thoughts on “Things You Should Never Cook in the Microwave”