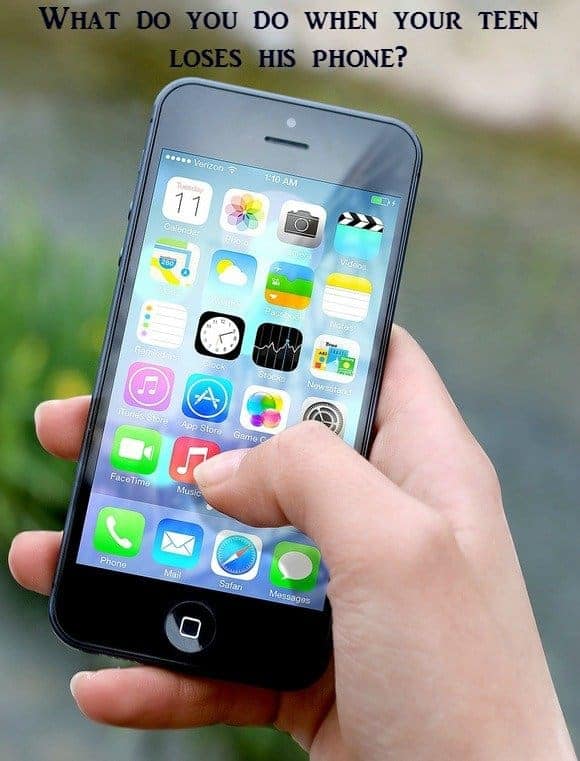 Looking for parenting tips on how to handle it when your teen loses his phone? Read my story to see how I handled it! My teen is in high school and commutes for one hour a day. To keep my sanity, my husband and I provided him with a cellphone for emergency calls. It was a long debate at our home, whether we can trust a 12 year old with a cellphone. But since I am a helicopter mom and since he is commuting for a long time, I wanted to feel safe and be able to reach him during his commute. I wanted him to be able to reach me in case something happens: a bus missed, a metro not working.

Parenting Tips: Set Ground Rules Before Handing Over the Phone

Before giving him a cellphone, we set up some rules

I have to admit, he was very careful with the limits and respected that, well to a certain extent. One day, at 6 pm, he calls me from his friend’s phone to announce that his phone was stolen. You should have seen my face when he announced that. I was red with anger and was mad. I was wondering how on earth someone can steal a phone when it is LOCKED. It turned out he did not lock his locker. Mind you he had my old iPhone 4s so I was more than furious about that.

What Did I do about that? Read on for my parenting tips!

Did this happen to your teen? What did you do about it? Tell me your parenting tips for handling this situation.