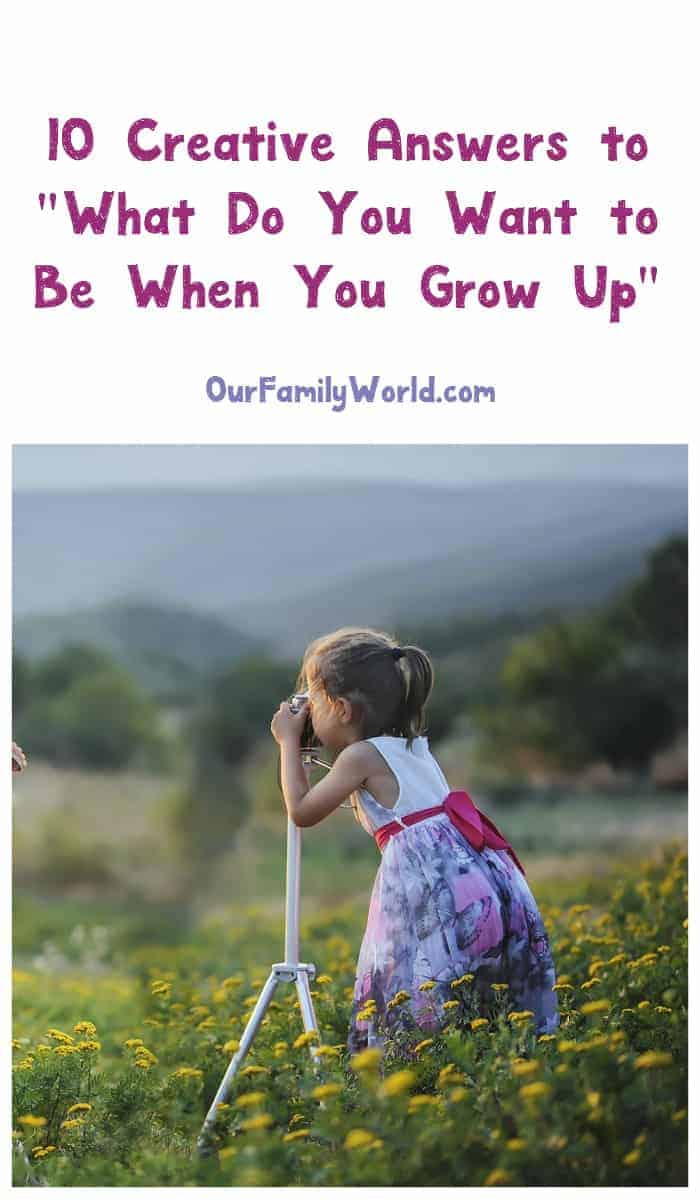 Each generation of adults asks each generation of kids “What do you want to be when you grow up?” It’s a well-loved question for many reasons – these insightful, imaginative little people give us hope for what’s to come, and we’re able to live our dreams vicariously through them. The more creative and unexpected the answer, the better! Here are some funny real-life answers to this age-old question.

Creative Answers to “What Do You Want to Be When You Grow Up?”

What are some of the most creative answers you’ve heard or given to this question? What do your kids want to be when they grow up?