Choosing to have an only child is a deeply personal choice, but that doesn’t stop others from weighing in. Here’s why it’s okay to let yourself off the hook for not having more kids! 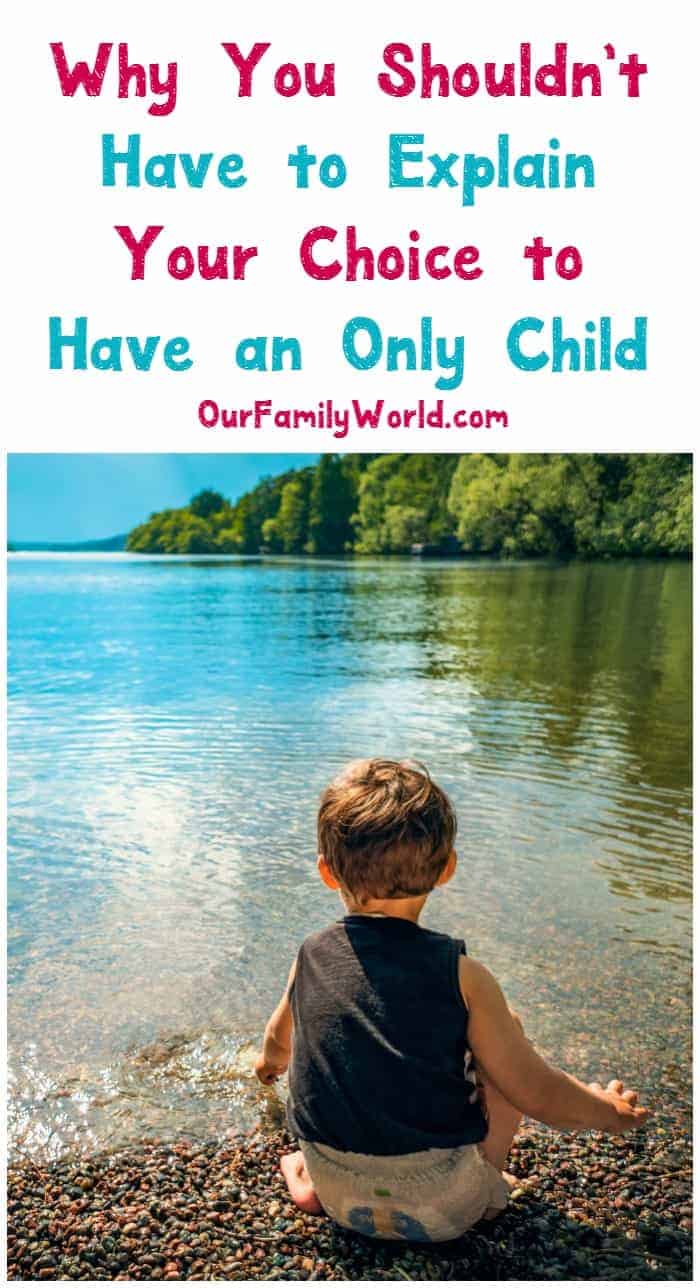 As soon as I had my son, people started asking me when we would start trying to have another baby.  Honestly, being as sleep deprived as I was that first year, I couldn’t even imagine cooking a roast chicken, let alone finding the time to be intimate with my husband… and then to think about adding another child to the equation?  Um… how about no?  Choosing to only have one child is exactly that: a choice.  And no one’s judgment is superior to my own when it comes to my family.

Having an only child: it’s your choice!

There is so much pressure from family, friends and society as a whole when it comes to child rearing and producing (what a ridiculous statement!).  As an example: I have been told by people who are no more than mere acquaintances that it was selfish to only have one child.  Aunts have rubbed my stomach one year postpartum and told me it was time to start trying for another child.  I was told by friends that I would “see” after enough time had passed, and I would be ready to start trying to have another baby.

I think that a lot of the pressure that I felt about having a second child also came from within.  From the expectations that I had of myself as a mother:

There are all kinds of reasons for choosing to only have one child.  And that’s what a lot of people don’t seem to understand: it’s a choice.  Whatever the reasons, everybody has their own ideas of what a perfect family means to them.  It’s a deeply personal decision, and frankly is nobody’s business but yours.  The reasons I have for having an only child are my own very personal reasons.  And how can that be wrong?

In the end, deciding to have one child is right for our family.  I choose to place the importance of my family’s well-being and my health as my number one priority, instead of on having another child because someone else says I should.

What are some of your reasons for choosing to have an only child? Share below!