Want to create well-rounded kids that are ready to tackle the world? Check out these four positive ways to discipline your kids when they misbehave! 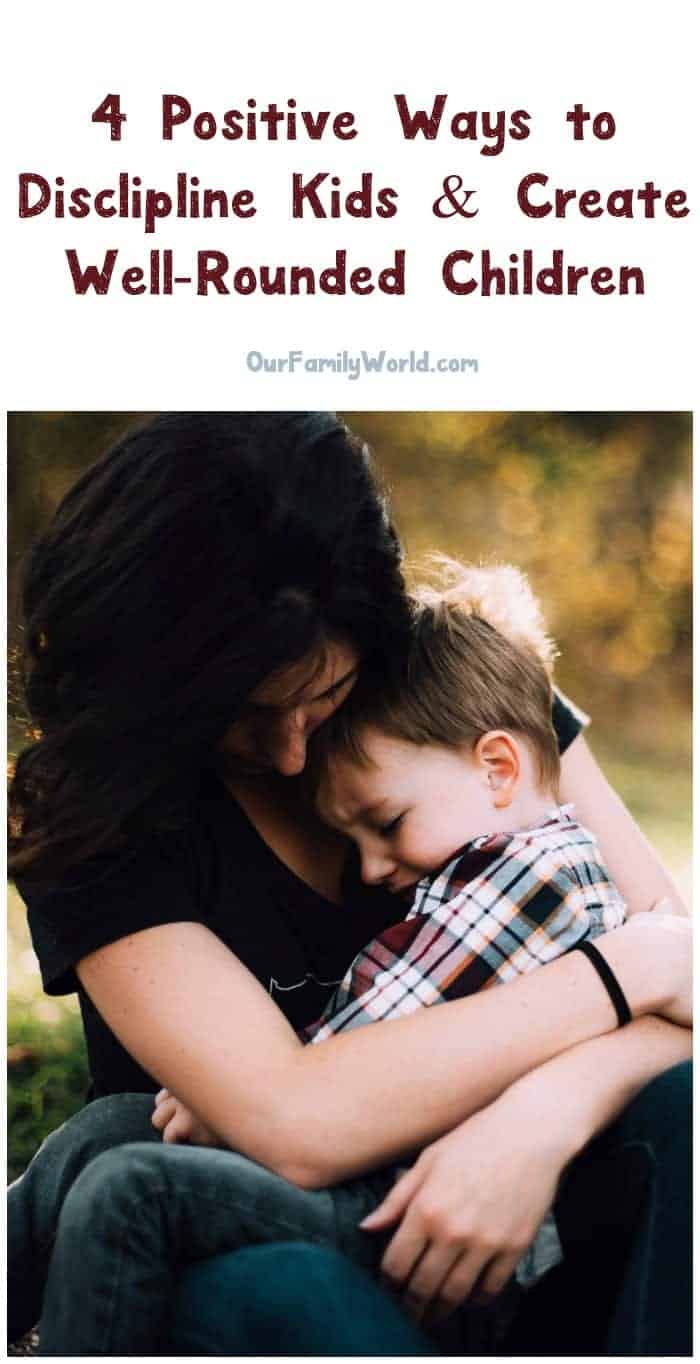 Children are a blessing, but boy, can they can be tiny terrors at times! As parents, we wouldn’t have it any other way because it is all part of who they are. Through good moods and bad moods, we parents try our best to help them any way we can. Whether it’s sitting them down and talking to them or grounding them so the next time they can learn from their mistakes. Positive parenting and positive discipline can help prepare them for the crazy world we live in. Here are four ways to discipline your child, no matter their age, that can have positive effects as they grow into healthy, well-rounded adults.

You’d be amazed at the difference your tone of voice can make. When your child is acting out, control your urge to yell at them, and instead try to talk to them. Find out what the problem is and together maybe together the two of you can work out alternatives to whatever issue they are having. Kids understand much more than we might think, and they will see that you are trying to help them instead of hindering them.

Kids are full of untamed energy, and sometimes that energy shows itself with outbursts of crying, yelling, or having a temper tantrum. Every parent has seen this either with their own little one or someone else’s in public. When this happens, a good course of action to take is to redirect that energy into something more positive instead of negative. For example, if your child starts acting out in public like when you’re grocery shopping, you could turn their outburst into a game that they can play. Maybe you could tell them to be careful where they walk and not step on the lines in the tile because of whatever reason you choose,  or they could even help you pick out oranges or apples or another item. It will make them feel useful and show them that grocery shopping can be a fun game to play.

It’s often said that children act out because they want attention from you or others. Suddenly your child might flop down and start crying, screaming, smacking the floor, or another type of aggressive behavior because they want someone to pay attention to them. Instead of running in to pick them up and comfort them, walk away, and make sure they see you walk away as if you were ignoring them. After a couple of episodes like that, they’ll figure out that type of behavior will get them ignored, and they do not want to be ignored. Once they figure that out and start with positive behavior, reward them with praise, let them know that they will get attention for good behavior and not bad.

“For every action, there is a reaction”–Newton knew what he was talking about. Whatever action occurs, there is always an equal or opposite reaction, this is a good theory to live by especially when dealing with children. Show your child that whatever they do wrong or right, there are always consequences, some good and some bad. When your little one decides they don’t like their green beans and tosses them on the floor, be sure to see that they help you clean up the mess they made: consequences. After having to clean up soggy green beans, they may change their mind about doing it again.

If there is a time where a consequence isn’t visible, then a privilege should be taken away–immediately for younger children. Maybe you are in the park and your child is playing with the other children but suddenly starts playing rougher than is normal, simply pull them away from the others and give them a ‘time out’ where they cannot play with the other children until they’ve learned the rough play will not be tolerated.

There are many more ways to use positive discipline with your child, do you have any great ideas that you’d like to share with us? Let us know in the comments!