Disclosure: We partnered with Maplelea Dolls on this sponsored post to share the perfect holiday gift idea for kids! All opinions are our own. 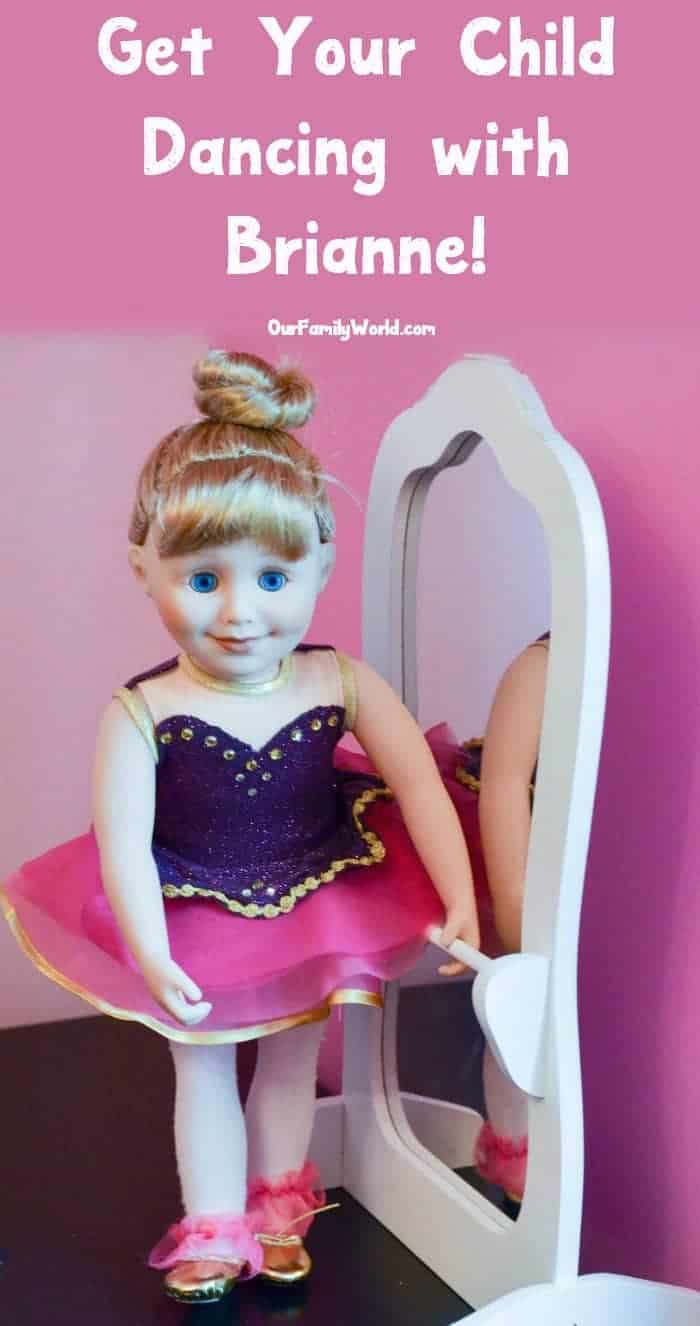 Looking for the perfect holiday gift idea for kids? Give them a new best friend with Maplelea Dolls! These stunning dolls aren’t just fun to play with for kids of all ages, they’re educational too! Read on to find out what my daughter thought of her Brianne Maplelea Doll and why they make such great gift ideas!

What Makes Maplelea Dolls the Perfect Gift for Kids?

I love finding gifts for my daughter that encourage her to use her imagination and teach her something new at the same time. I am a big fan of learning through play because I feel like kids absorb more information when they are having fun. Maplelea Dolls are not only gorgeous and fun to play with, but each doll teaches your child a bit of Canadian history! 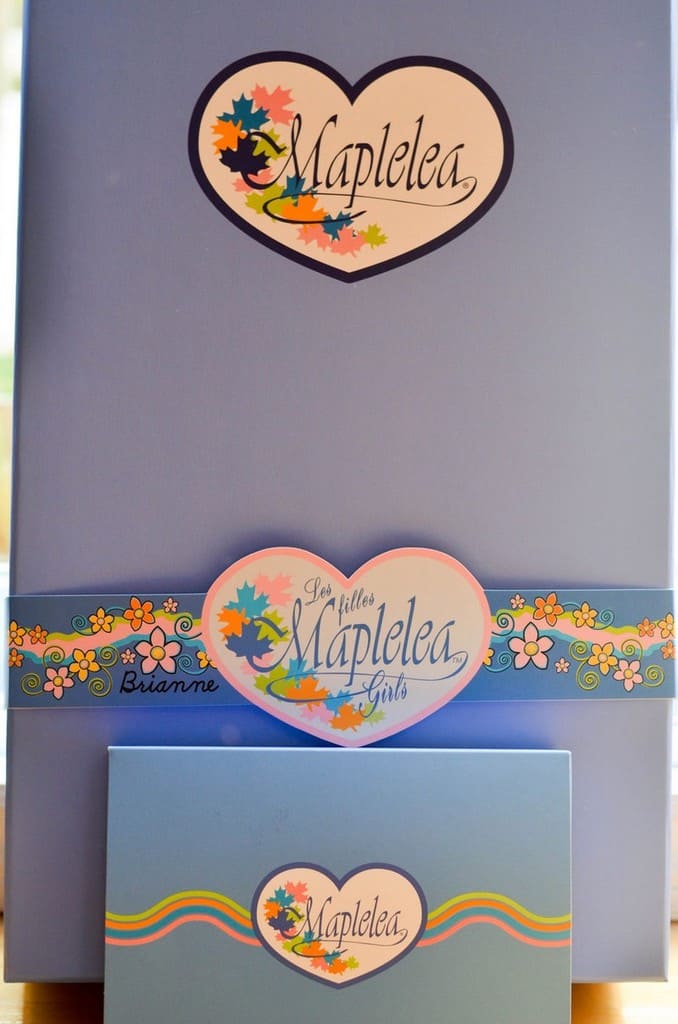 As I mentioned above, my daughter received Brianne, a beautiful ballerina! Brianna comes in a gorgeous box that makes it perfect for gift giving. The large box is for the doll, while the smaller one holds the ballet outfit.

Since Brianne is a ballerina, she needs a place to practice her moves, right? The ballet barre comes in a separate box and is super easy to set up. Everything was ready to play with in just minutes.

2. A true friend for your child 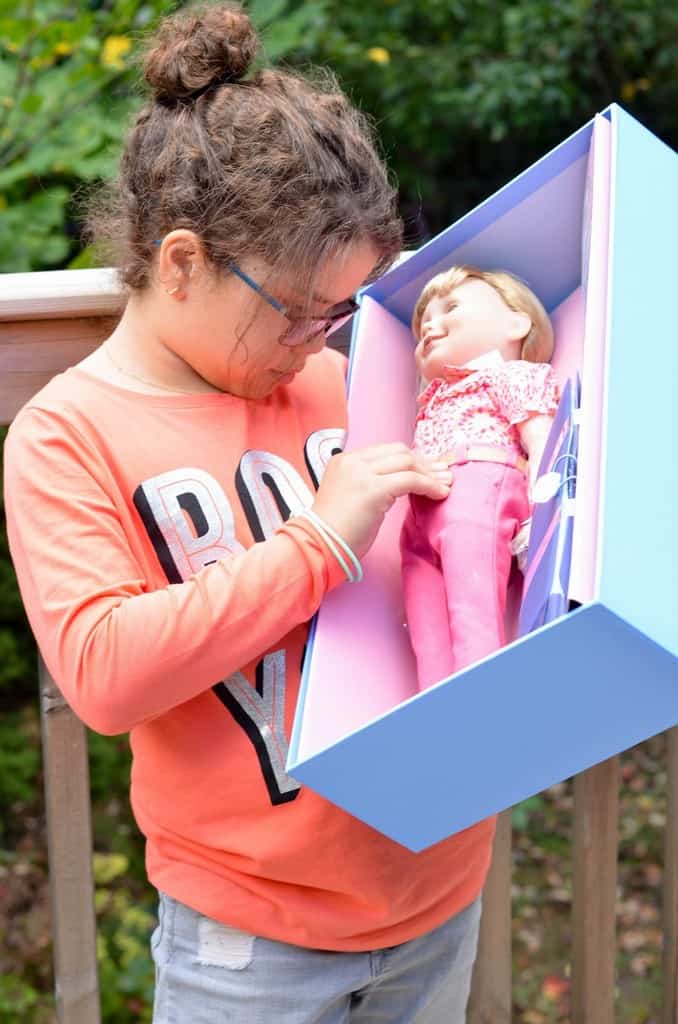 My daughter was so thrilled with Brianne. I’ll admit, I was nervous and thought she would feel like she had outgrown dolls, but she was so excited to receive her Maplelea Doll! She still remembers how much fun she had with her Léonie doll back when she was just 4! 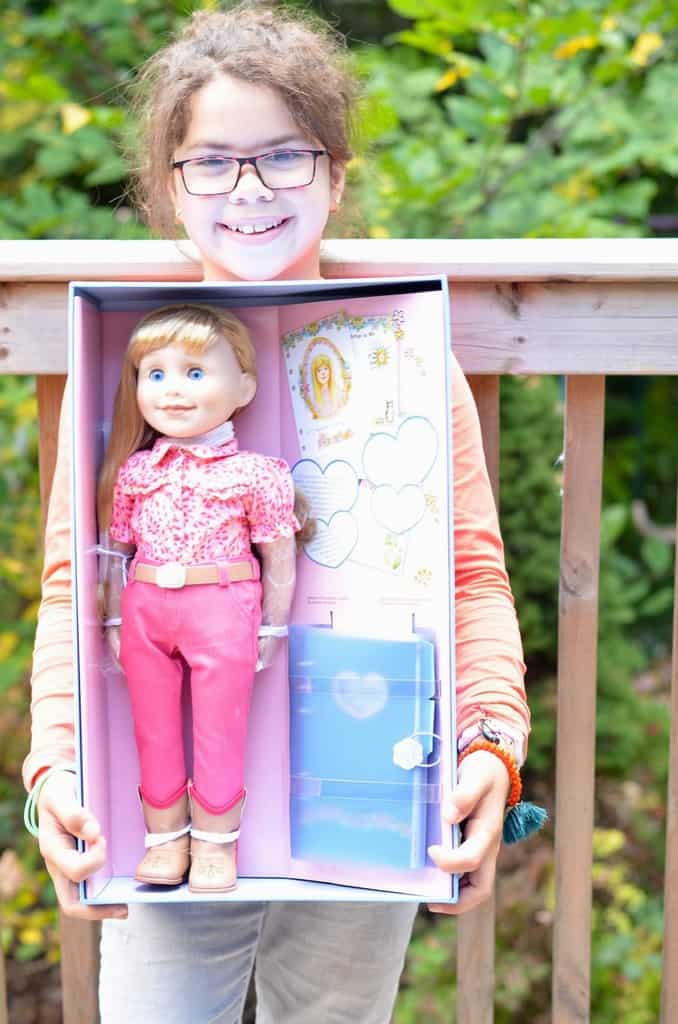 Both Brianne and my daughter love dancing. My daughter loves ballet and used to take  classes. Now she is into Jazz dancing and taking classes for that. Like my daughter, Brianne is a math star! They have so much in common that it is easy for my daughter to see herself in her Maplelea Doll!

Brianne comes with a notebook written in cursive that shares her story. My daughter was so excited that she could read it on her own this time instead of having me read it to her like I did 5 years ago. Every time she reads it, she feels even more connected to Brianne. She really felt like she had a new friend!

One thing I really love about the notebook is that it kind of doubles as a diary.  After kids read Brianne’s story, they have space to share a bit about their own lives. My daughter took the time to fill it in and share her likes and interests. It was a fantastic writing activity for her.

4. Fun accessories that really help kids connect to their doll. 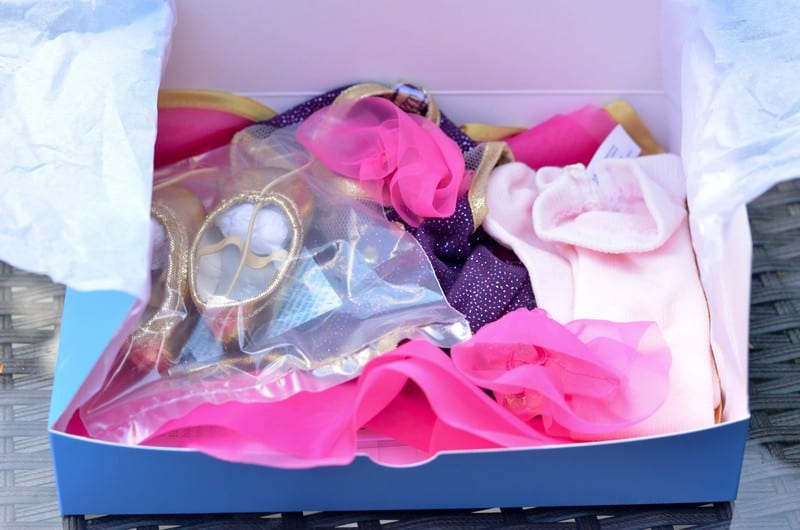 Brianne arrives to your home in her favorite pants and shirt outfit, but you can pick up other fun accessories and clothing for her. My daughter quickly changed Brianne into her ballet outfit for a little dance practice time! 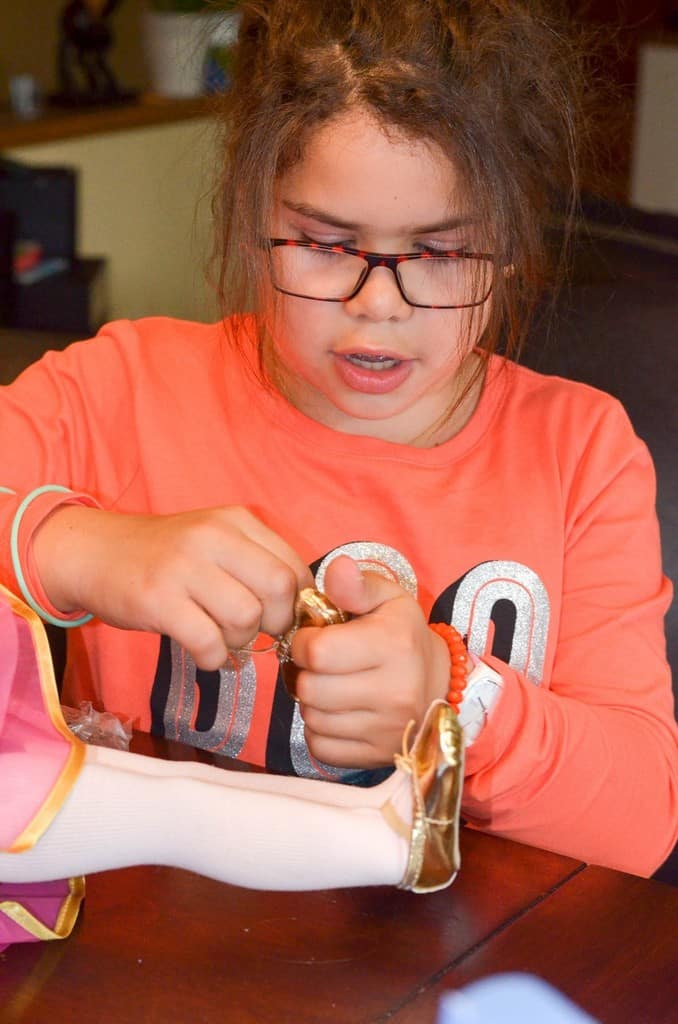 Once she got Brianne dressed, my daughter changed into her jazz outfit so she could practice some moves with her new friend.  She was SO excited that she could share her passion for jazz dance with Brianne, it really helped her connect to the doll even more. 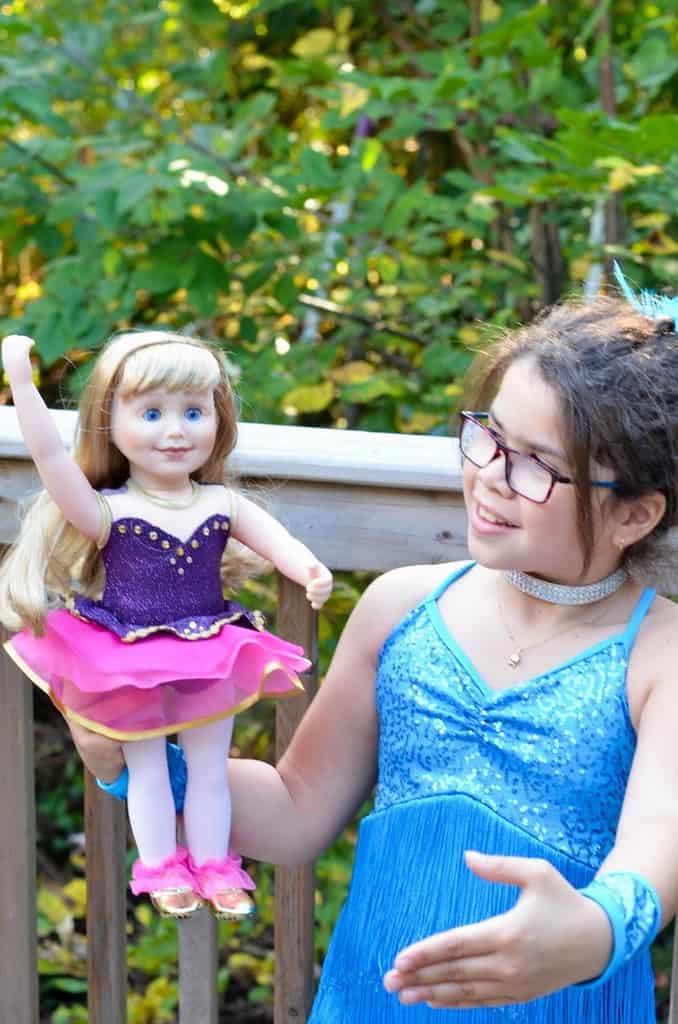 5. Beautiful hair that your kids can style again and again!

Think back to your own childhood dolls. What was your favorite thing to do with them? If you’re anything like me, it was all about the hair! I think most of us learned how to do our own hair by practicing on our dolls.

Since dancers need to keep their hair out of their faces, my daughter gave Brianne a true ballerina hairstyle: a bun! 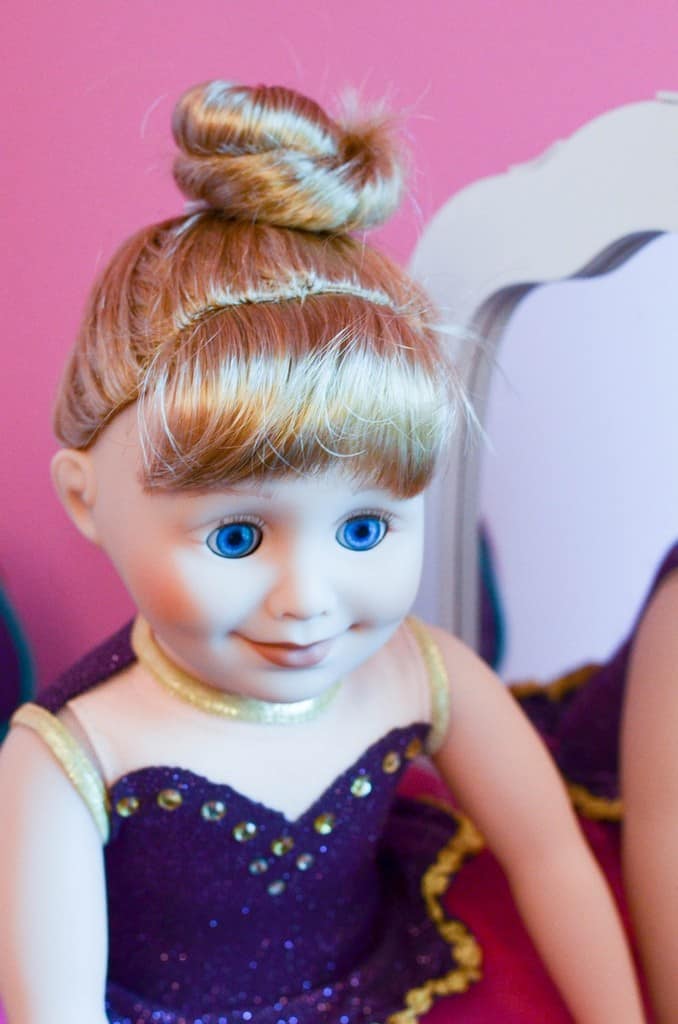 Now that Brianne was all ready to dance, my daughter put her in front of the ballet barre to get moving! 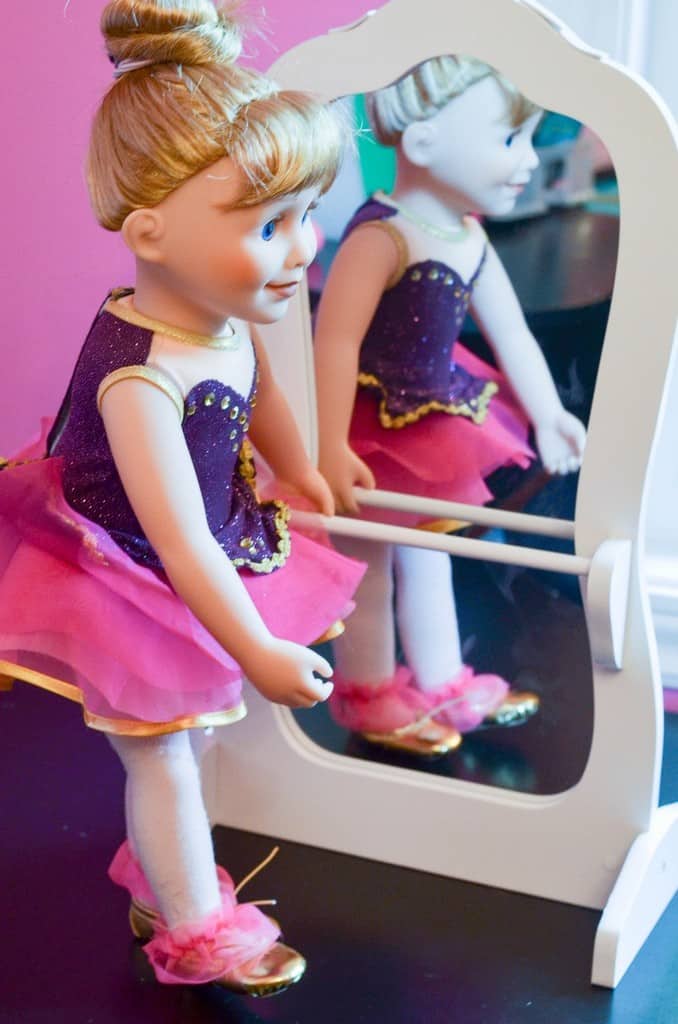 6. Each Maplelea Doll teaches kids about a different part of Canada!

As a mom, this is one of my favorite features! Each doll comes from a different part of Canada and encourage kids to learn more about their new best friends’ heritage. Brianne comes from Manitoba, while her Leonie doll from 5 years ago comes from Ontario.

Parents can easily use their daughter’s Maplealea Dolls to open up new conversations about our country as a whole, and the Provinces that we may not have had a chance to visit yet. They definitely make learning things like geography and history more exciting because they give your child something to connect the lesson to! It’s kind of like when you find out that your friend is from, say, Toronto, then the next time you hear about Toronto on the news you perk up because you actually know someone from there.

Brianne was definitely a huge hit with my daughter! She spent hours playing with the doll: changing her outfits, reading about her, styling her hair and even writing in the diary notebook! She tried out so many different hairstyles, explored the ballet accessories, and just had a fantastic time. She loves Brianne and plays with her nearly every day. She truly considers her a friend.

Enter below for a chance to win a Maplelea Doll of your choice! Giveaway is open to Canadian residents age of majority and ends on November 10th. Good luck!
Maplelea


Which of the Maplelea Dolls would your kids love the most? Share below!