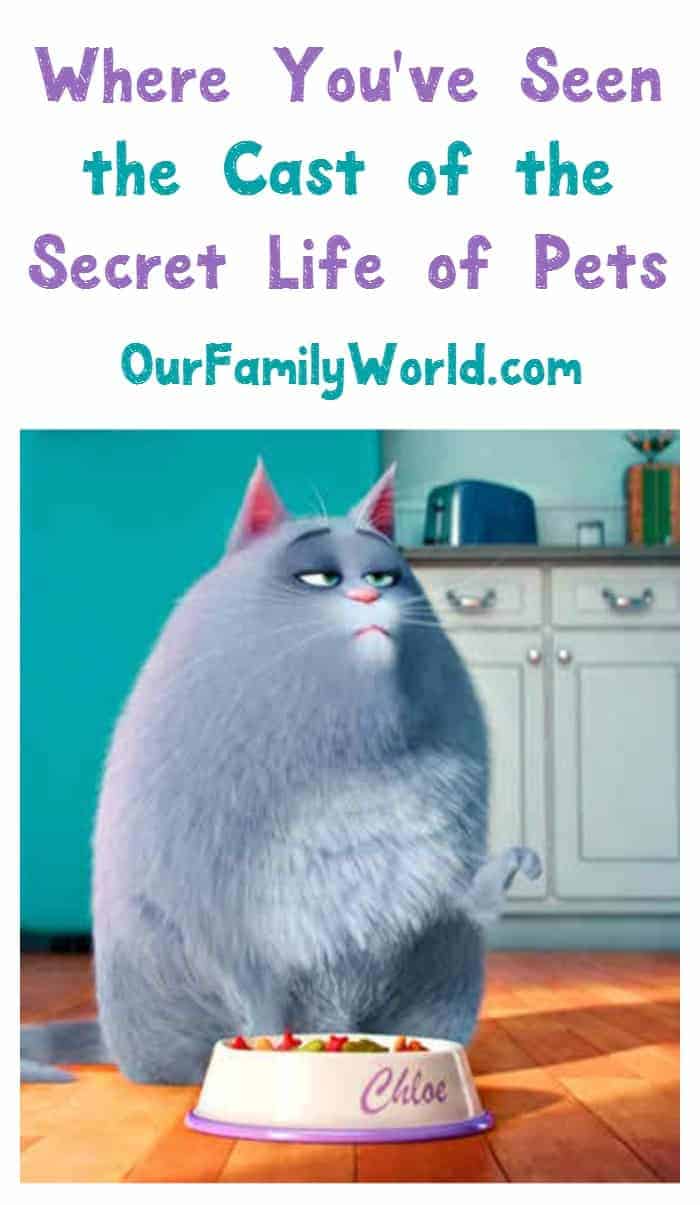 Related: 13 Other Great Family Movies Like The Secret Life of Pets

Kemper plays the voice role of Katie, who is the owner of Max and Duke. Her movie career began in 2009 when she played the role of Jamie in Mystery Team. Since then, she has starred in other movies such as the 2011 “Bridesmaids” as Becca, the 2012 “21 Jump Street” as Ms. Griggs and the 2014 “They Came Together” as Karen. She’s also the voice behind Crackle the dragon in the Sofia the First TV series.

Louis plays the voice role of Max, a Jack Russell Terrier. His movie career started in 1984 when he directed and wrote “Trash Day.” As an actor, his first role was as Clint in the 2000 “Tuna.” Since then, he has gone on to appear in movies like the 2008 “Diminished Capacity” as Stan, the 2013 American “Hustle” as Stoddard Thorsen and the 2015 “Trumbo” as Arlen Hird. He also plays the voice of The Horrifying Sweaty One-Armed Monstrosity in the hit Disney TV series, “Gravity Falls.”

Stonestreet plays the voice role of Duke, a Newfoundland. His movie career began in 2000 when he played the role of Sheldon in “Almost Famous.” Since then, he has starred in other movies including the 2004 “Straight Jacket” as a labor organizer and the 2013 “Identity Thief” as Big Chuck. He’s most famous for his roles on television, though. These include Minimus in “Sofia the First” and Cameron Tucker in “Modern Family.”

Hart plays the voice role of Snowball, a white rabbit. Snowball is the head of the Flushed Pets, who are seeking revenge on beloved pets and their human owners. Aside from being in the cast of The Secret Life of Pets His, Hart played the role of Shawn in the 2002 film “Paper Soldiers.” Since that time, he has appeared in movies such as 2010 “Death at a Funeral” as Brian, the 2012 “The Five Year Engagement” as Doug and the 2015 “The Wedding Ringer” as Jimmy. He’ll also star as George Beard in the 2017 film adaptation of the  Captain Underpants book series.

Bell plays the voice role of Chloe, an obese Tabby cat. Her movie career began in 2002 when she played the role of Sara Marnikov in “Speakeasy.” Since that time, she has appeared in movies like the 2008 “What Happens in Vegas” as Tipper, the 2011 “No Strings Attached” as Lucy and the 2015 “No Escape as Annie Dwyer.” As far as other family movies go, she also played the voice of Mona Lisa in Peabody & Sherman.

Slate plays the voice role of Gidget, a pampered Pomeranian. Her movie career started in 2010 when she played the role of Marcel in Marcel the Shell with Shoes On. Since then, she has been in other movies such as the 2012 This Means War as Emily, the 2014 Obvious Child as Donna Stern and the 2016 My Blind Brother as Rose.

Have you seen any of these other movies the cast of the Secret Life of Pets has been in? Do you know of any others that we missed? Share in the comments!