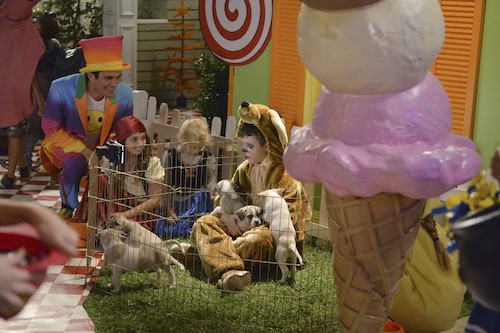 This week Modern Family has us revisiting season 07 (episode 6) with their episode “Halloween 3: Awesomeland”. If you’re a long-time fan of the show, you’ll know that Halloween is always done right when it comes to the Pritchett and Dunphy homes. If you’re a new watcher, you’ve picked a great episode to start with!

Cameron, Mitchell, and Lily – It isn’t a true holiday for this family unless Mitchell is working. While he’s practicing his closing argument for court, Cameron and Lily show off their costumes. Cam is Superman and Lily enters the room as the cutest Where’s Waldo ever!

Lily is excited to have Cam with her all day at school. Once at school Cam is informed of a few things about the day’s events that he previously didn’t know. Lily feels that Cam just isn’t making enough time for her because of his football coaching. Later it’s found out, that Lily forgot the flyer about the Halloween parade in her backpack and never gave it to her dad. (Sound familiar?)

Jay and Gloria – Gloria picked up costumes for her and Jay and like every Halloween, she was a beautiful princess while Jay was stuck being some kind of creature. This Halloween, Jay’s done being the ugly creature. He decides right then that he’s going to be Prince Charming.

Jay’s new costume came with a blond wig, which brought back many good memories of when he had hair of his own. He started being more upbeat and confident, which Gloria loved. Stella, Jay’s dog, ruins the wig, leaving Jay feeling as though he’s unattractive to Gloria. While trick or treating with the boys, Gloria reminds Jay that she loves him for him, it has nothing to do with if he has hair or not. 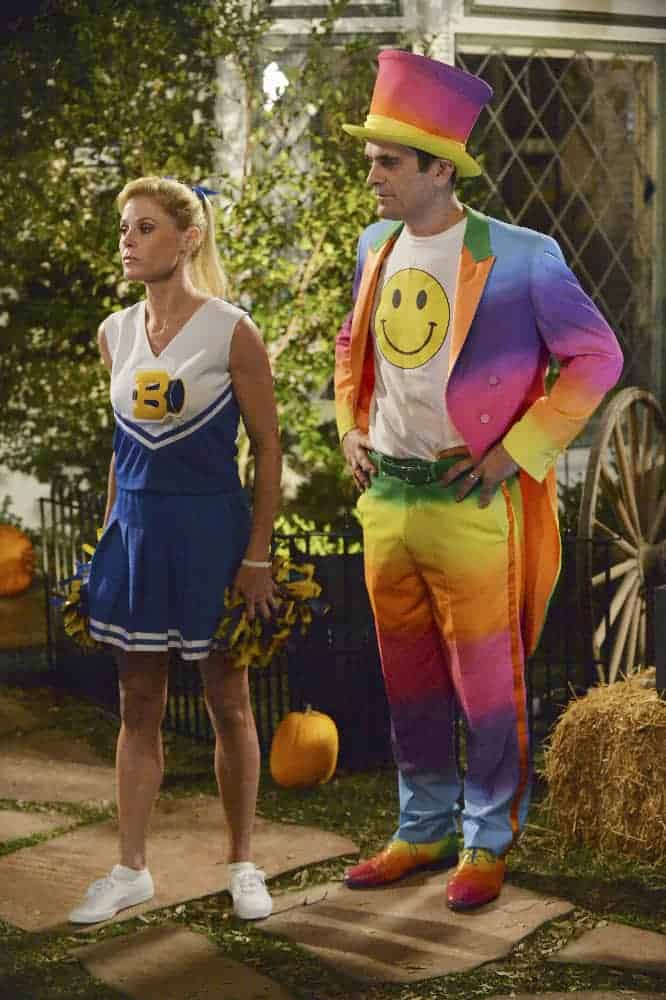 Phil and Claire – With the neighborhood still not happy with how Claire likes to do Halloween (think so scary someone had to be rushed to the hospital), Phil has landed the honor of decorating the house for their annual haunted house. Phil loves the complete opposite of Claire when it comes to Halloween. He creates a big fun house named “Awesomeland”.

As much as Claire tries to be supportive of Phil, she can’t stand someone underestimating just how scary she can be. So when the new neighbors tell her about a scary decorating contest they hold each year, Claire had to get in on it.

In no time, Claire decorates the yard and gets the kids all new costumes for their new roles in the haunted house. Unfortunately, things don’t go as planned. When the neighbors see the lawn, the wife breaks into tears. The husband explains that his wife had a stay in a psych ward and so the decorations have upset her.

Did you catch last night’s episode of the Modern Family Halloween special? What were your favorite parts? Tell us in the comments!