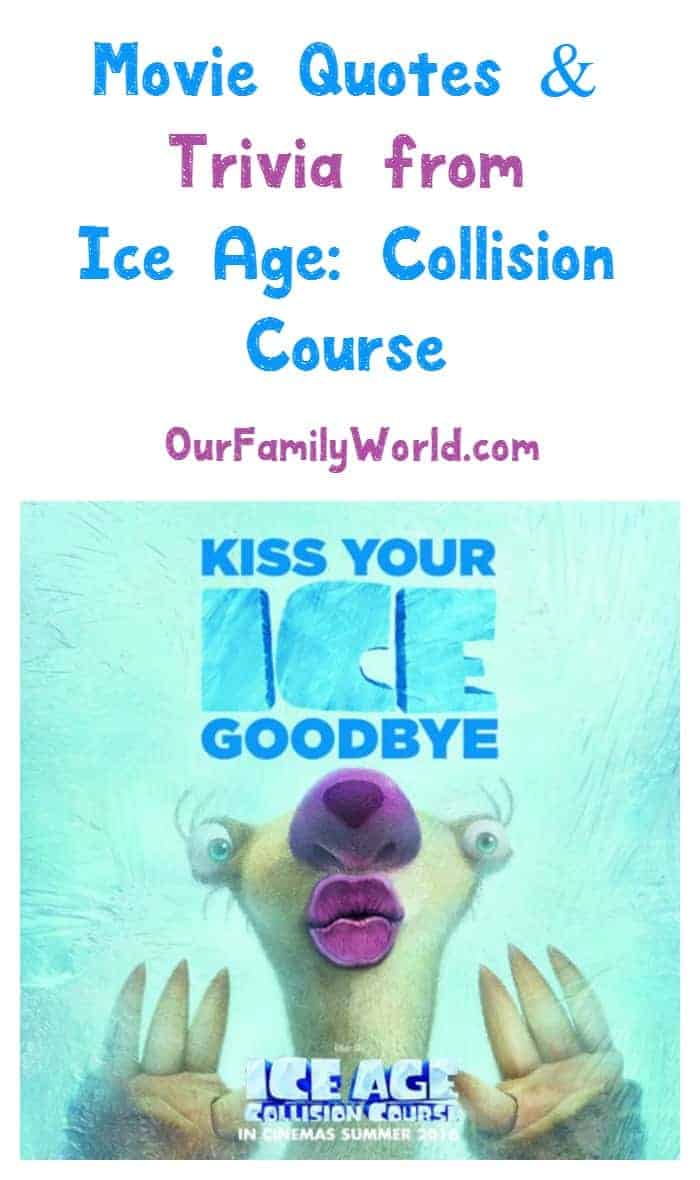 Here are a few facts to whet your appetite. We’ll be back later this week with even more fabulous Ice Age trivia!

Check out a few of my favorite Ice Age movie quotes from the new movie!

Conversation between Manny, Brooke, and Buck:

Manny- “What is this place?”

Buck- “The secret to saving the world is here.”

Conversation between Sid, Brooke, and Manny:

Sid- “You’re the wind beneath my fleas, the algae of my eye.”

Conversation between Buck and Manny, with Crash, Eddie and Diego present:

Manny- “Buck, what are you doing here?”

Buck- “It’s just beginning, the mother of all asteroids, screaming towards us. We go to that crash site, search for clues and then figure out how to stop it! Who’s with me!”

Conversation between Buck and Diego:

Buck- “Hold on to your butts!”

Conversation between Eddie and Crash:

Eddie- “Hey, yours is attracted to me!”

Crash- “No, yours is attracted to me!”

Are you looking forward to seeing this movie with your family? Have you heard any fun Ice Age: Collision Course movie quotes yet? Share below!

6 thoughts on “Our Favorite Ice Age: Collision Course Trivia and Quotes [with videos]”