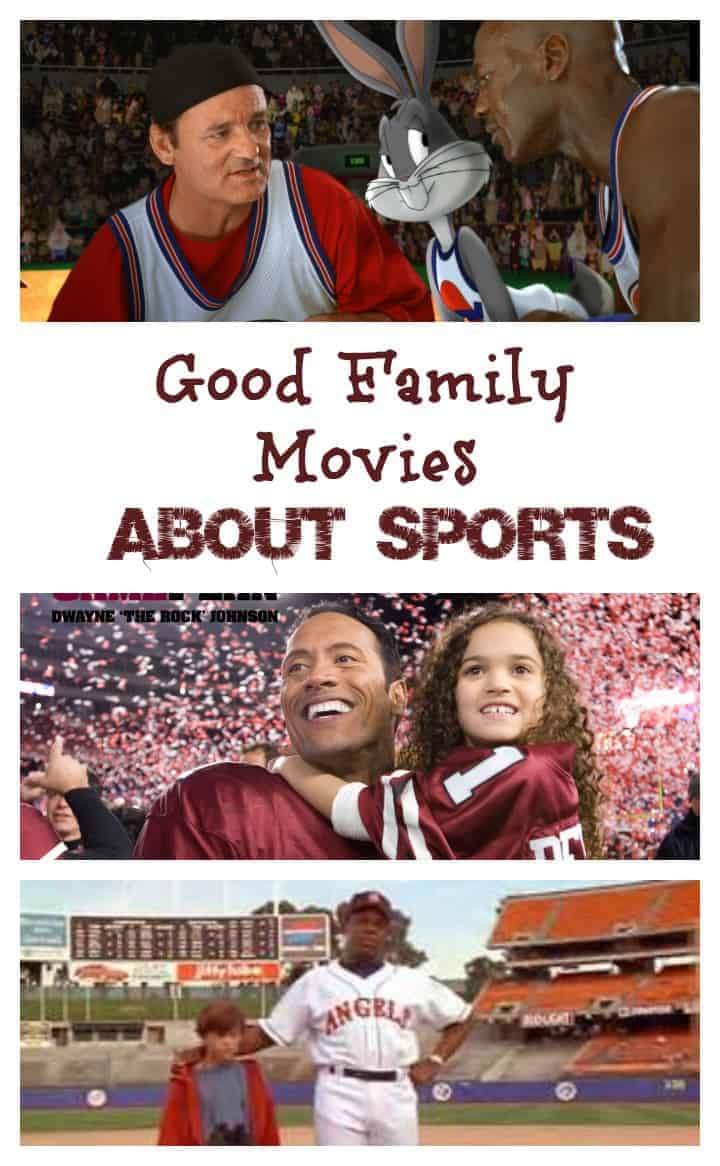 Watching good family movies about sports is a fun way to bring everyone’s passions together on movie night. Say your son loves basketball, but your daughter has zero interest in watching a game. Or you’re nuts about baseball, but your husband would rather have a good laugh than watch a kickoff? Sports movies bring together the best of both worlds. They also just might get your non-fan a little more into the sport, so she can enjoy her brother’s next big game a little more! Here are some good family movies about sports!

Angels in the Outfield

Angels in the Outfield is a 1994 comedy movie that is a remake of the 1951 movie of the same name. The movie stars Danny Glover, Tony Danza, Christopher Lloyd, Joseph Gordon-Levitt, Adrien Brody, Matthew McConaughey and Neal McDonough. Roger is a little boy that lives in a foster home. One day, his father comes to visit him, and he asks to go live him, but his dad says that won’t happen until the California Angels win the pennant. The problem? The Angels is in the last place in their division right now. Roger says a prayer to the angels in heaven so the team can win the pennant. Roger’s prayers are answered when an angel appears. Suddenly, the team is doing so much better, with the help of some angels.

The Game Plan is a 2007 family sports comedy film that stars Dwayne Johnson, Madison Pettis, Roselyn Sanchez, Kyra Sedgwick, Morris Chestnut, Hayes McArthur, Brian J. White, Jamal Duff and Paige Turco. A star quarterback has everything anyone could ask for: women, fame and money. However, what happens when a young girl shows up on his doorstep, claiming she is his daughter? He is used to staying up partying all night but now fills his days with Barbie dolls and ballet lessons. Which road will this star quarterback decide is best for him?

Do you have any favorite good family movies about sports? Tell us about it in the comments!