Do bullies have low self-esteem? Is the internet a dangerous place for all kids? Find out if these top bullying myths- and more- are really true! 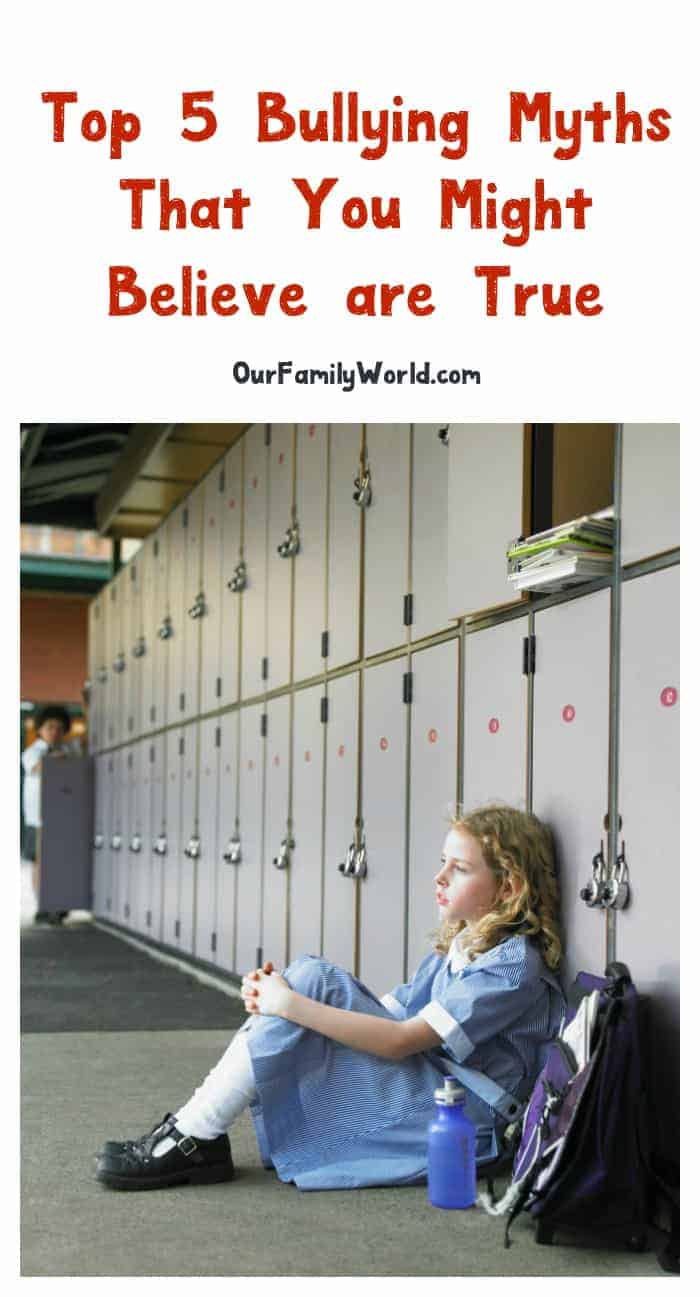 Bullying both online and off seems to be getting increasingly worse every day. Cyber-bullying is as popular today as face-to-face bullying despite all of the resources available to help with ongoing bullying issues. With so many kids making national news on both sides of the issue, it’s easy to get caught up in the media storm and lose sight of the facts. We’ve dug into a few of the more common bullying myths to find the truth, because the more you know, the better you can prepare to protect your own kids from bullies.

1- Young people are going to get bullied online more than face-to-face.

False…sort of. While online bullying is rapidly rising, especially among high school students, face-to-face bullying still comes out slightly ahead. According to NoBullying.com, 44% of middle school students have been bullied in school, while 37% of students have been bullied online. However, the website admits that bullying statistics may skewed, as way too many kids are still reluctant to report bullying for fear of retribution.

False: it doesn’t matter if you have a social media account or not, cyber bullying will happen anywhere that the youth like to hang out whether in a chat room, while messaging, through emails, and in forums, for example. Granted, the largest portion of online bullying does take place on social media, but keeping your kids off of it entirely isn’t going to completely shield them from cyber bullies. Staying vigilant, setting rules for social media usage, “friending” your kids, and being an active part of their lives (both online and off) will go a lot further to keeping them safe.

Unproven: for most teens or younger children that commit suicide, unfortunately, it’s not just one thing that drives them to the breaking point. Research has shown that with many suicide cases, there were multiple underlying problems that the victim was dealing with that caused them to take their own life. While the CDC admits that there is a link between bullying-behavior and suicide-related behavior, they go on to say that there just isn’t enough evidence to determine if bullying causes suicide. Basically, bullying can increase the risk of suicidal thoughts and behavior in kids who are already in high-risk groups, BUT, most victims of bullies do not attempt suicide.

4- Bullies bully because they have low self-esteem

False…sometimes: while this may be the problem in some cases, it’s not true for all. Bullies are born out of many circumstances. Yes, some kids pick on others to build themselves up. Others, though, already have an astronomically elevated sense of self worth and feel they have an inherent “right” to pick on the “weak.” Bullies are born out of racism, sexism, and classism. Some are raised watching their parents bully and belittle others and believe that it is acceptable. If becoming a bully could be linked back to just one cause, it would definitely be a lot easier to prevent it from happening, wouldn’t it?

False: cell phones, iPads, iPods, computers, and such are material items, they cannot bully anyone. While technology makes cyber-bullying possible, it isn’t the cause for the problem. Sadly, bullying has existing long before teenagers got their hands on smartphones. Blaming technology for bullying is the 21st century version of blaming heavy metal music for violence. As a society we often need an outward source to blame because it’s easier than looking inward at ourselves and trying to determine what where we’re going wrong. We can say “it’s all the violent video games, it’s the music they listen to, it’s the shows they watch, it’s the social media networks, the smartphones, the clothes they wear…” and so on.

No matter how many myths get busted or facts become fiction, bullying of all types is, sadly, alive and well in the world. The hope is that some day a child can go to school without feeling scared that he or she is going to get tortured and tormented that day. We want our children to feel safe and be happy and healthy so they can become functional adults as they grow up.

One last thing that’s important to note: bullying statistics are not set in stone, so in some cases, what is myth today can become fact tomorrow. While bullying has existed presumably since the dawn of humanity, we are only now just really digging into the causes and consequences of it.

Do you know of any other bullying myths that we didn’t cover? What are your thoughts on these facts? Share below!