Thanks to The Bully Project for sponsoring my writing. Visit their website to join the movement and learn more.

Bullying hit our family. Unfortunately, my son was the target at school. My son was born with severe strabismus that required multiple surgeries and therapies. His vision is better but his depth perception is not as accurate as that of others. This left him with poor skills in some areas. He cannot catch the ball from the first kick. He may fall when he tries to catch a ball or another item. His drawings are poor. He is awkward when he walks. It is not a big deal in our day to day life but it is in a child’s world. 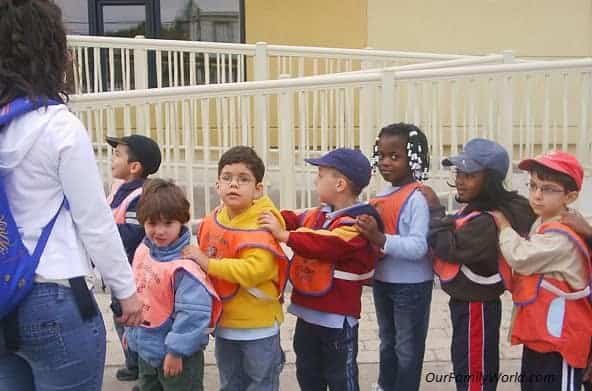 Bullying: is it part of children’s play?

These differences triggered bullying at school. For over 2 years, many children called him bad names. They excluded him from their play because he was awkward. In the beginning the school staff told us: it is part of children’s play. We cannot monitor each child. It is just teasing, he will get used to it!

But he did not. He felt isolated. He played by himself in the school yards.

Fight for your child at school

As parents, we felt helpless. We could not force other children to like him or play with him; but we could go and speak to the school staff. We could attend the parents meetings and raise these issues. We made sure to call the school after each incident to show them that we did not accept these situations. It worked: bullying incidents decreased. Fighting for our son worked.

Fighting in the school was only a part of our strategy: we also worked on things with our son. My husband signed him for several extracurricular activities to help with his motor skills. He plays hockey so he can improve his balance. He plays karate so he can defend himself. It helped a lot with his self-esteem. We discuss a lot with him. We want him to be prepared for real life: we want him to be prepared for bullying anywhere and know how to react to that. It is a work in progress.

Too many children are bullied

Did you know this year, over 13 million American kids will be bullied, making it the most common form of violence young people in the U.S. experience? This is so unfortunate. Some of them will overcome it , others not. It’s time to take a stand! Join the bullying project movement. The bully movie is now playing in select theatres.

About the bully movie.

Following five kids and families over the course of a school year, the film confronts bullying’s most tragic outcomes, including the stories of two families who’ve lost children to suicide and a mother who waits to learn the fate of her 14 –year-old daughter, incarcerated after bringing a gun on her school bus. Below is the official trailer. I don’t know how many times I watching. I was in tears each time!

I was selected for this sponsorship by the Clever Girls Collective. Find showings in your area for The Bully Project and buy tickets here.

13 thoughts on “Bullying: How it hit our family”