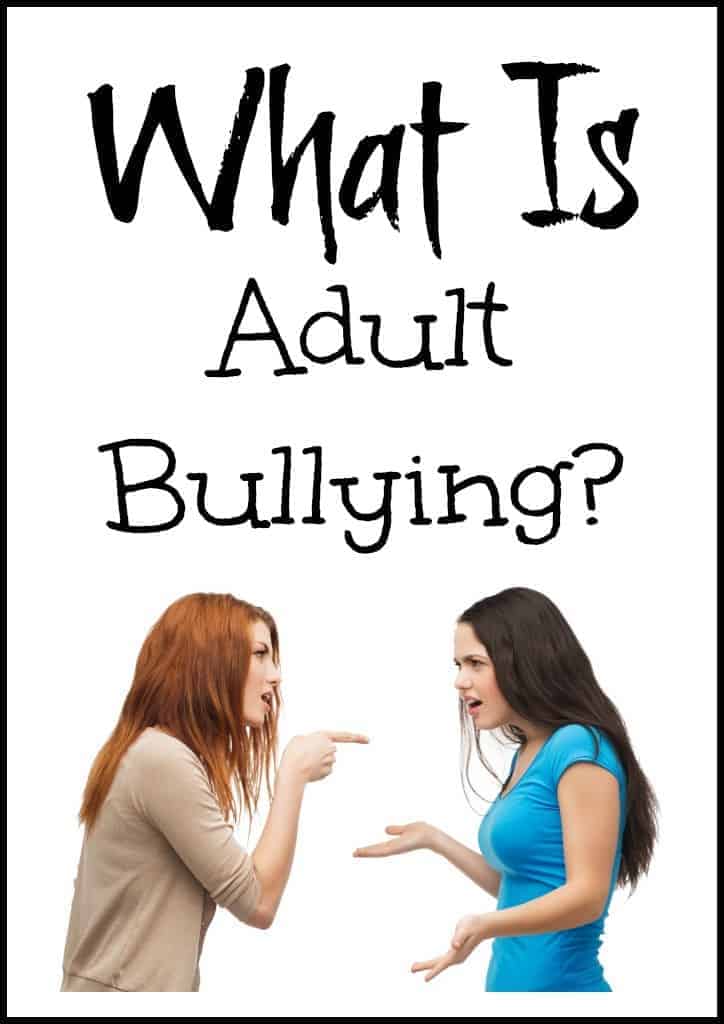 The topic of bullying typically revolves around the younger sect of society, but today we want to tackle the question What Is Adult Bullying? While many individuals would laugh and say there is no such thing, for those of us who have experienced adult bullying it is a real and true experience. Most commonly noted in victims of abuse, adult bullying is often called by different names, but is still a factor in our society that needs to be addressed and removed from the equation.

WHAT IS ADULT BULLYING?

The most common form of adult bullying comes in the form of abusive relationships. Most women who are abused (physically or emotionally) are actually mere victims of an adult male bully who wishes to control them. Every aspect of an abusive relationship is a form of bullying.

Other forms of adult bullying that are common place come within peer groups. While these are not typically the “lock you in the school locker” forms of bullying we see in the movies, they are truly a form of abuse and bullying that can have lasting damage on an adult.

Many adults fall victim to adult bullying on a daily basis, and do not recognize it as such. Even more adults are adult bullies in their very behavior toward individuals they don’t “approve” of, or disagree with.

A few of the more common places we see adult bullying

These forms of adult bullying are just the tip of the iceberg so to speak. Stereotyping others, refusing friendship and belittling an individual are all common forms of bullying that we see daily in society. Unfortunately if we look at these things honestly, we will have to admit that many of us have been bullies in the past without even realizing it.

Get more information about preventing bullying in our Stop Bullying Tips article.

Have you ever dealt with adult bullying? How did you handle it?

4 thoughts on “What Is Adult Bullying?”