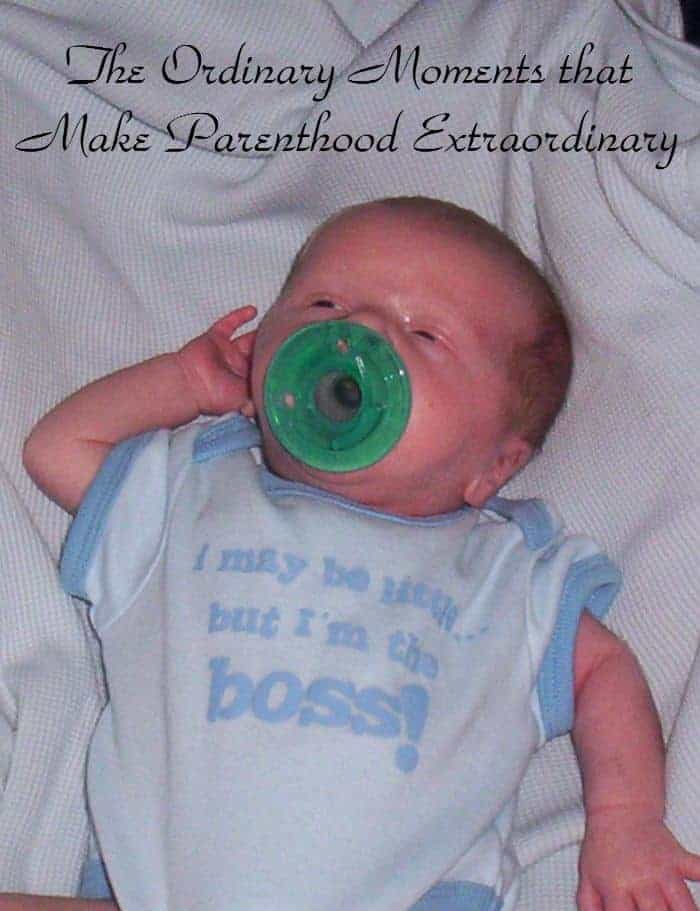 When Jacob was born, I kept track of just about everything he did in a notebook AND a baby book. The notebook tracked his everyday life- how much he ate, his breathing, temperature and yes, even his diaper activity. It sounds excessive, but if you recall, he was a preemie. I had to track these things.

His baby book was used for the typical major accomplishments: first visitors, first tooth, words, steps, and so on.  I also had a treasure box for keeping little things like his hospital bracelet, his first tooth and other physical objects.

It sounds like a lot, but I liked the combination of ordinary and extraordinary ways to remember his babyhood. It took me six long years to become a mom and I wanted to remember everything.  I find that a lot of the baby books and other standard milestone trackers are designed to remember the major moments and firsts. Parenthood, though, isn’t just about the giant, monumental milestones.

Sure, those major milestones are super cool. We all gasp with excitement the first time our baby rolls over, sits up or puts one foot in front of the other. But firsts are just that. Firsts. It’s the second and the third that tell us “our baby is REALLY doing it!” Jacob rolled over the first time at an incredibly early age (around 2 months!) and I thought “oh my goodness, he’s SO advanced!” Then he didn’t do it again until 4 months. He took his first step on his 1st birthday. He didn’t walk until 14 months.

His teeth were a different story. Oh boy, did that boy teethe! At first, Jacob’s doctor told me to expect them to come in late because of his preemie status. They actually came in early! His first tooth started poking through at about 3 and a half months! They also came in slightly out of order. Leave it to my son to force me to totally throw out all the little charts I had! 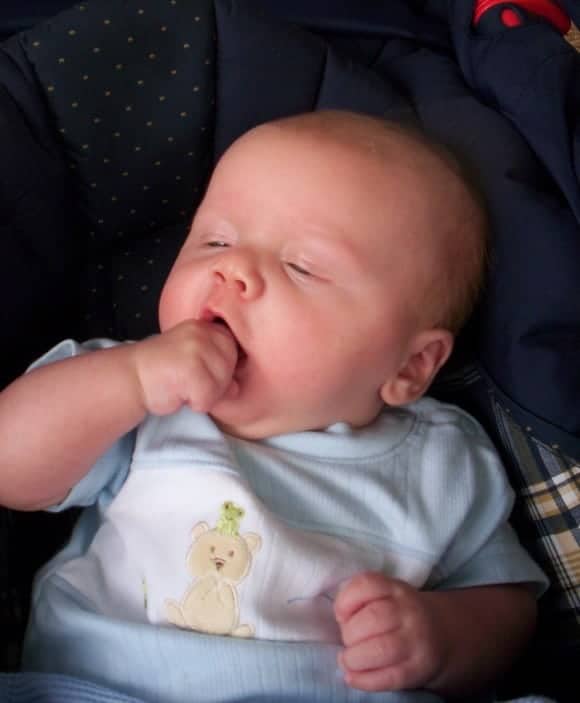 Poor little bud was in so much pain, and back then (I say that like it was so long ago, but these days, a decade seems more like a century when it comes to advancements!), we didn’t have the Baby Orajel™ Naturals Teething Tablets. I wish we did, because they’re belladonna-free. I couldn’t give Jake anything with belladonna in it. His father is deathly allergic to atropine, which is made from belladonna. I didn’t want to take the chance that Jake was allergic too.  They’re also benzocaine-free and paraben-free, so moms can feel comfortable about comforting their babies.

My best friend, just had her surprise baby, a girl. I believe I told you all about that? Her second youngest is almost 17, so little peanut is almost like a first all over again. So much has changed in the realm of babies! I get to live (and shop!) vicariously through her, since I’m physically done having babies.

My best piece of advice for my friend? Enjoy the little moments. The smell of little peanut’s hair after a bath and those gassy smiles that we all know totally count as real smiles! The way her toes curl when you tickle her feet, and those totally cute moments like this, where she’s just resting adorably, doing nothing at all but being her sweet baby self:

Mark those milestones, because they certainly are monumental. But don’t discount the smaller, everyday moments that truly make up the parenting journey! Twenty years from now, that book will tell you the date your baby took his first step, but your heart will tell you how it felt to hold him in your arms every night before bed.

What are your favorite ordinary moments that make parenting so extraordinary? Share in the comments!

30 thoughts on “Remembering the Ordinary Moments that Make Parenthood Extraordinary”