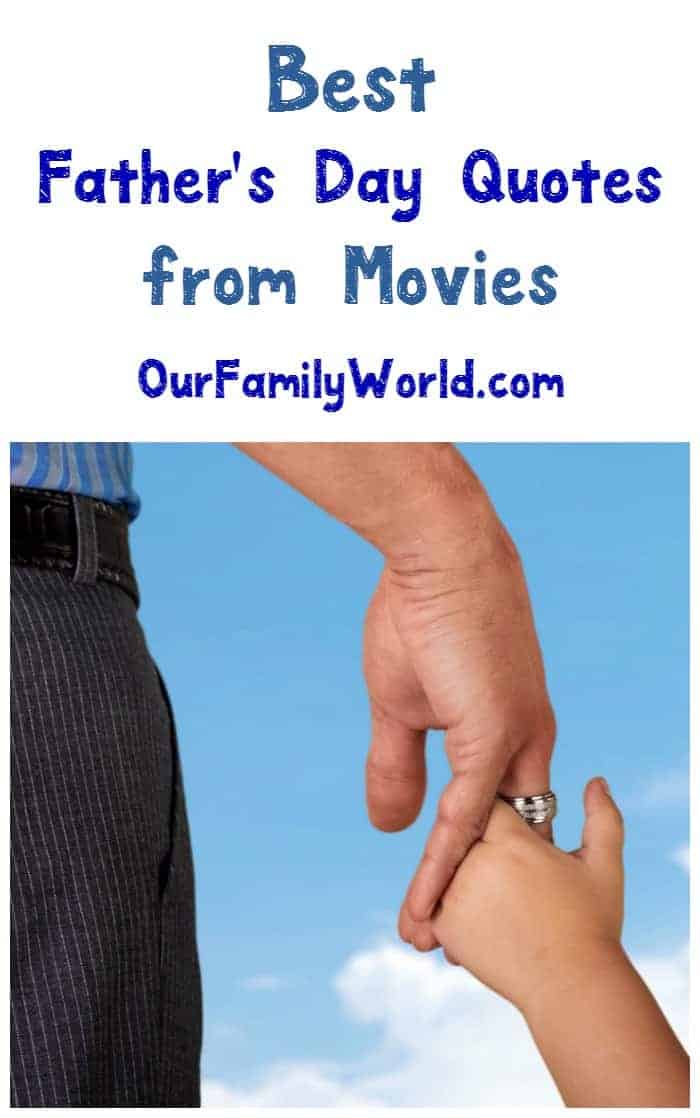 Need some inspiration to help you tell dad how awesome he is? Borrow a few lines from some of these best Father’s Day quotes from movies! Hollywood is filled with inspirational dads, from Lion Kings to intergalactic pops. Those dads have imparted so many words of wisdom that stay with us long after we leave the theater. Use these quotes to help inspire you to tell your own dad how awesome he is in your handmade cards. Here are some of the best Father’s Day quotes from movies.

In the 2006 movie Flicka, Katie McLoughlin, played by Alison Lohman said to her father Rob McLoughlin, played Tim McGraw, “There will always be a few people who have the courage to love what is untamed inside us. One of those men is my father.”

In the 1999 movie October Sky, Homer Hickman, played by Jake Gyllenhaal says to his father, John Hickman, played by Chris Cooper, “Dad I may not be the best, but I come to believe that I got it in me to be somebody in this world. And it’s not because I’m so different from you either. It’s just because I’m the same. I mean, I can be just as hard-headed and just as tough. I only hope I can be as good a man as you.”

In the 2006 movie Superman Returns, Clark Kent/Superman, played by Brandon Routh, was talking to his son Jason as he slept, “You will make my strength your own. You will see my life through your eyes as your life will be seen through mine. The son becomes the father and the father becomes the son.”

In the 1998 movie Lion King: Simba’s Pride, Simba, voiced by Matthew Broderick told his daughter Kiara, voiced by Neve Campbell, “I’m telling you this because I don’t want to lose you. If something happened to you, I don’t know what I’d do.”

Father of the Bride is pretty much the gold standard of father/daughter bonding movies. Steve Martin’s character, George Banks, has an entire movie worth of quotable lines. One of my favorites, though, really sums up fatherhood! “Well, that’s the thing about life, is the surprises, the little things that sneak up on you and grab hold of you.”

Of these movies, Father of the Bride is definitely my favorite, but I really love the quote from October Sky. It’s so inspiring, and the perfect sentiment to share with a son to a dad.

Do you have any favorite Father’s Day quotes from movies? Tell me in the comments!