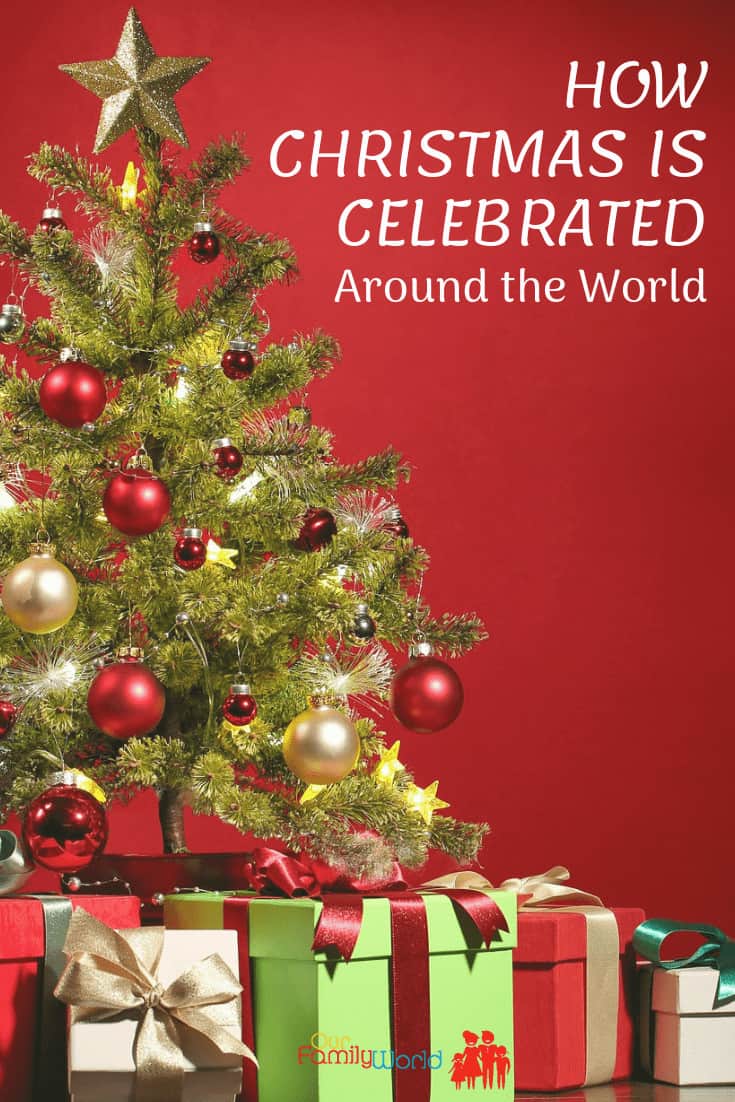 How Christmas is Celebrated Around the World

The majority of people that live in Greece are part of the Greek Orthodox Church. On Christmas Eve, children go from house to house singing kalanda, similar to Christmas carols, which is done to bless each home. Christmas dinner usually consists of Christopsomo bread with orange, cloves and cinnamon.

Christmas Eve is celebrated on January 6th in Russia and consists of people attending long church services. Upon returning home, the traditional Christmas Eve dinner features 12 dishes, one representing each of the apostles. A traditional dish served on Christmas is a goose with sour cream sauce.

South Africa is somewhat similar to that of the United States when it comes to Christmas since it is celebrated on December 25th; people have Christmas trees in their homes and kids leave stockings out for Santa to fill with presents on Christmas Eve. What differs is the Christmas meal, which consists of turkey, roast beef or mince pies with Christmas pudding for dessert.

The popular shopping area, Orchard Road and the area of Marina Bay will display Christmas lights and decorations from the early part of November until the early part of January. Other Christmas activities in Singapore include parades, concerts, and caroling.

Children celebrate Christmas in El Salvador by playing with sparklers and firecrackers while older folks use Roman Candles or other large fireworks. Traditional Christmas dishes include tamales, sautéed turkey sandwiches with lettuce and radishes and sweet bread. On Christmas Day, everyone gathers around the tree to open presents at 12 am.

In New Zealand, the two statutory holidays are Christmas Day and Boxing Day. Christmas in New Zealand mirrors that of Australia. The people in the country combine local imagery with winter imagery. The Christmas tree of New Zealand is known as the pohutukawa, a plant that produces large crimson flowers.

Did you know these interesting facts about how Christmas is celebrated around the world?

22 thoughts on “How Christmas is Celebrated Around the World”