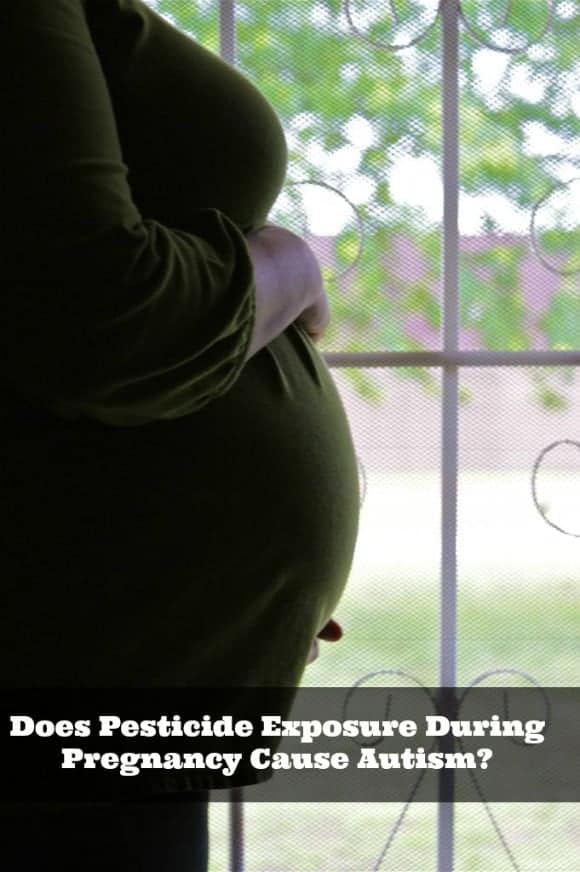 Does pesticide exposure during pregnancy cause autism? A new study about autism has just come out. Researchers at the University of California studied the proximity of pregnant women to areas where pesticides were used. Researchers found, that “Children of mothers who live near agricultural areas, or who are otherwise exposed to organophosphate, pyrethroid, or carbamate pesticides during gestation may be at increased risk for neurodevelopmental disorders.” The study states that one third of the mothers studied lived within 1.5km of a site where pesticides were sprayed, and their babies had a 60% increased risk of autism. Is this cause for alarm? Should women of childbearing age all move further away from agricultural areas?

Does Pesticide Exposure During Pregnancy Cause Autism?

If you read the media coverage of the study, it seems as if pesticide exposure most definitely causes autism. However, I always like to read beyond the headlines and get hold of the study itself, which often reveals a different story. This study is not restricted to a members only website – everyone can access the full PDF file of the study at the Environmental Health Perspectives website .

Surprising things that were NOT part of this new study:

That’s right, we don’t even know if these mothers were “exposed” to pesticides! The assumption was made that they were, since they lived in close proximity (ie 1.5 km away from where pesticides were sprayed). That begs the question, what did researchers study?

What does this tell us? Clearly, parents shouldn’t be concerned that pesticide exposure during pregnancy causes autism based on this one study! And perhaps more study should be done on this area of California, within two hours of Sacramento, to see what might be contributing to a perceived higher risk of autism.

What do you think? Could pesticide exposure during pregnancy cause autism? Let us know in the comments!

7 thoughts on “Does Pesticide Exposure During Pregnancy Cause Autism?”