A recent article released by Fertility & Sterility examined the top myths about fertility that people believe are true. I found this incredibly interesting, as I struggled with infertility for 6 years before having my son. I too believed some of the myths about fertility in the beginning of my journey. As I continued to go through it, I read everything I could find and became better educated about the condition. While knowing the facts doesn’t guarantee you’ll get pregnant, it is the first step in the right directions. Check out these 7 myths about fertility, you just might learn something surprising! 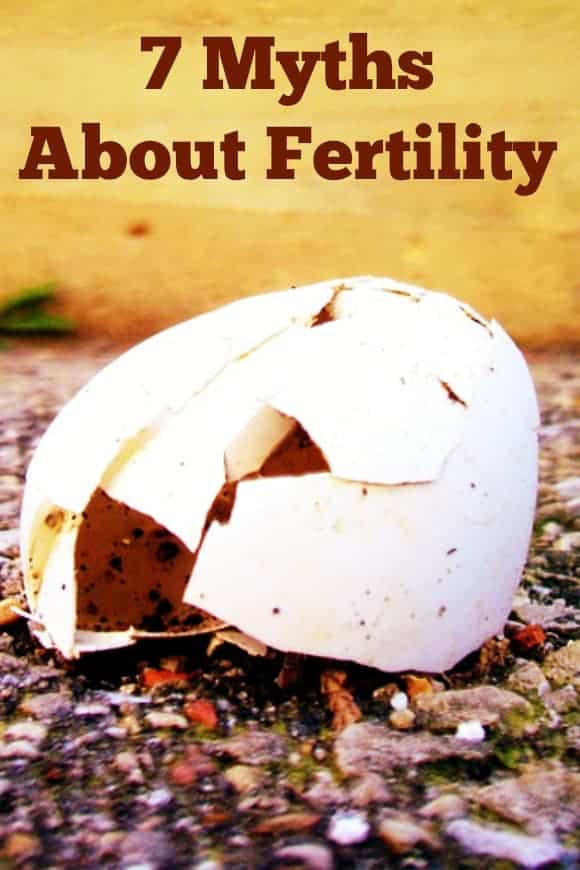 7 myths about fertility and the truth behind them

Myth 1: Having a baby in a previous marriage means your partner’s sperm is just fine

My son’s father got his ex-wife and an ex-girlfriend pregnant with no problem, so I was surprised when my fertility specialist ordered a semen analysis on him when we were having difficulties. While in his case, he was fine, having a baby in a former relationship, or even one in your marriage, doesn’t guarantee that his sperm is still up to par. As men age, their sperm quality deteriorates. So if you’re having problems conceiving, get him checked out too.

Myth 2: I have one baby, I can have more

This is one of the biggest myths about fertility that I know about. Secondary infertility- that is infertility after already having a baby- is just as common as having difficulties conceiving your first. Just because you had no problem having your first child doesn’t mean you can’t ever suffer from infertility.

As Kimberly pointed out in our Obesity and Infertility article, weight does play a rather significant role in your ability to conceive. Being both too overweight and too underweight can throw off the delicate balance of hormones required to create and sustain life in your womb.

Actually, smoking has a MAJOR impact on fertility! The chemicals in the cigarettes can wreak havoc on your hormone levels and create a hostile environment in your body. In fact, the American Society for Reproductive Medicine says that smoking is the cause for up to 13% of infertility cases. This is one myth about fertility that you can’t afford to ignore.

Myth 5: The best time to have sex is right after ovulation

Sorry, but once that egg drops, your window for getting pregnant closes pretty fast. It’s better to have sex the day before ovulation, as sperm can live up to 72 hours in a woman. To be safe, do the “baby dance” for the three days before ovulation and during. That way, if you happen to ovulate on a different day than usual, you’re pretty much covered.

I don’t know how 40 got to be the magic number that we all assume means an end to our fertility. I’ve known women who had positive pregnancy tests well after their 40s, and I know women who went through menopause in their 30s! We’re all different, but we all have a finite supply of eggs. When they run out, they run out. They’re not on your time schedule, you’re on theirs.

Again, your age does matter, even if you’re the absolute picture of health. While health does of course play a role in your fertility, if those eggs are gone or deteriorated, it’s just not going to happen.

Like I said, knowledge alone isn’t going to instantly take away fertility issues, but it will help you reevaluate your plan of action. Which of these myths about fertility did you think was true?

6 thoughts on “Myths about Fertility: Which Do You Believe?”