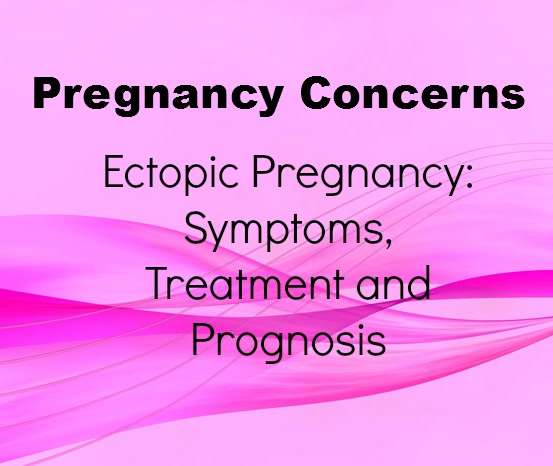 By now, we all pretty much know how a pregnancy begins. The sperm makes an epic journey to the waiting egg; they meet, fall madly in love, and create a baby. In an ideal world, the fertilized egg travels down the fallopian tubes, lands in the lush soil of the uterus, and proceeds to grow into a beautiful little being that, if all goes right, you will hold in your arms at the end of 9 months.  Sometimes, however, the process doesn’t go according to plan. The fertilized egg never quite makes it into the uterus and instead continues to grow in the fallopian tube. This is called an ectopic pregnancy, and it can be extremely dangerous for the mother. While there isn’t much you can do to prevent it, learning about ectopic pregnancy symptoms can help prevent tragedy and preserve your future fertility.

As the pregnancy progresses, the abdominal pain can become quite severe. You may also feel lightheaded, and fainting is possible. If either of these ectopic pregnancy symptoms happens, get to an emergency room right away.

The only way to put a stop to ectopic pregnancy symptoms is to terminate the pregnancy. Maybe someday, the experts will come up with a way to move the fertilized egg into the uterus so it can continue to grow, but right now, there is no way that an ectopic pregnancy can go full term.  If left untreated, it will result in a ruptured fallopian tube, which can cause you to bleed to death internally.

Ectopic pregnancies can be terminated in one of two ways. If detected early enough, an injection of methotrexate can effectively end the pregnancy. If it is too late for an injection, laparoscopic surgery can remove the fertilized egg and repair the fallopian tube. In some cases, damage to the tube is too severe and removal may be necessary.

While having one ectopic pregnancy puts you at risk for future recurrences,  many women go on to have healthy subsequent pregnancies. Even if you do lose the fallopian tube, you can still get pregnant during months that you ovulate from the opposite ovary. If both tubes are damaged, in-vitro fertilization is still a viable option. On a personal note, my grandmother had an ectopic pregnancy the second time she got pregnant. Back then, the doctors told her that it was unlikely she’d have any healthy pregnancies after that. She had four more children, all of whom are healthy adults now with grandchildren of their own!

Remember, the best way to preserve your fertility is to get checked out as soon as you feel like you may be experiencing ectopic pregnancy symptoms. Even if it’s just a twinge that feels slightly off to you, get it checked out. It’s better to be wrong and feel like you may have over-reacted later than to risk your health or your life.