We are proud to partner with NeuroStar® Advanced Therapy to talk about their innovative approach to treating Major Depressive Disorder (MDD). All opinions are our own. 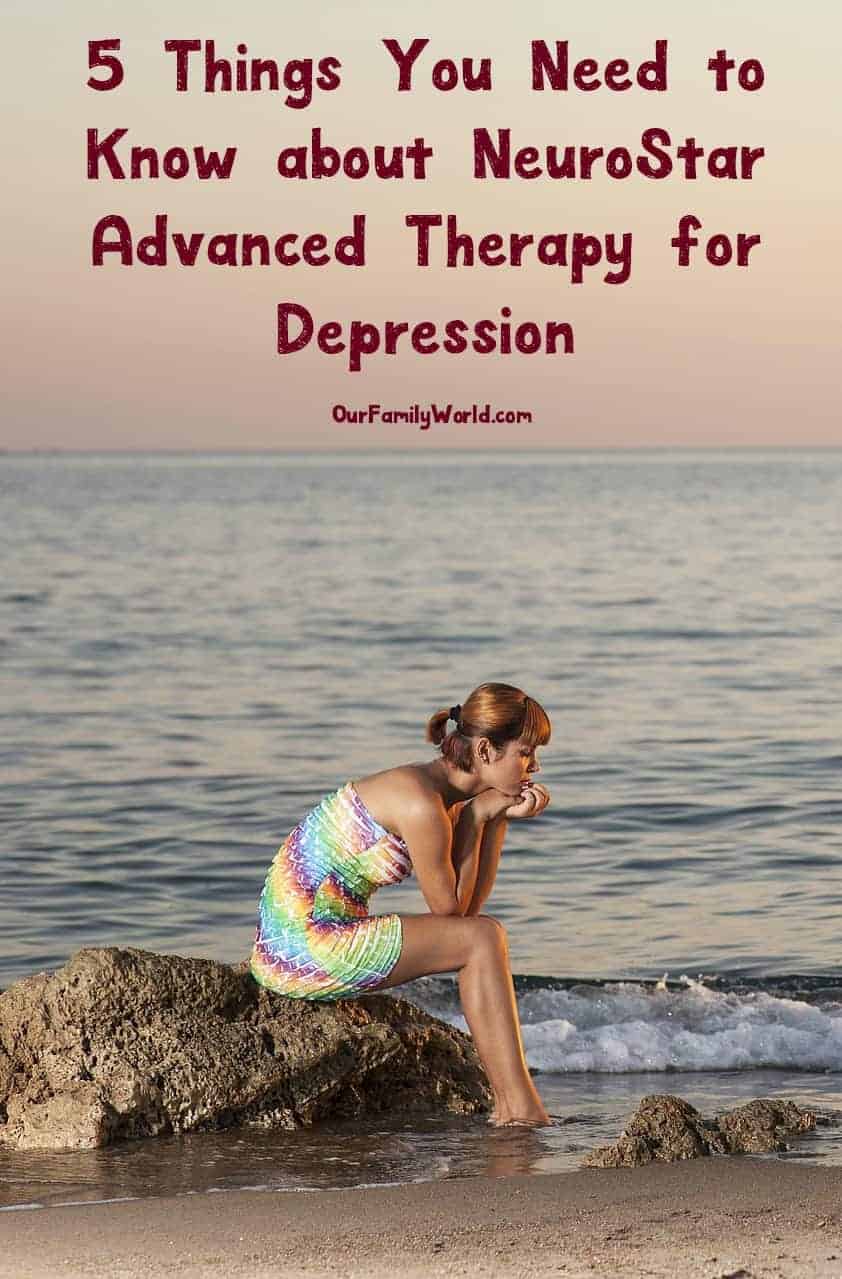 Depression affects more than 300 million people around the world, nearly 16 million of whom live in the United States. The World Health Organization lists it as THE leading cause of disability worldwide. Depression doesn’t care about your age, race, or gender. It costs employers over $1 trillion in productivity losses.

I could spout statistics about depression all day long, but I don’t need to. I AM one of those statistics. I am also one of the many, many people who can’t tolerate antidepressants. That’s why I was really excited to hear about an innovative drug-free treatment option called NeuroStar® Advanced Therapy. Let’s talk about how it’s revolutionizing the way we treat MDD.

What is NeuroStar® Advanced Therapy?

Let’s start with the basics, shall we? Just what is NeuroStar® Advanced Therapy? It’s an FDA-cleared treatment that uses magnetic pulses to stimulate the areas of your brain that are underactive in depression. I’ll admit, it sounds kind of scary when you put it that way, so let’s dig a little deeper.

Let’s get something out of the way right now: NeuroStar Advanced Therapy is not ECT. I want to make that clear because, honestly, when I first read the description I thought it was some type of “shock” therapy.

NeuroStar® Advanced Therapy is a non-invasive treatment that uses magnetic pulses and is done without anesthesia. ECT is done under general anesthesia and IS an invasive treatment. You know how SSRI medications work by chemically tricking your brain into making more serotonin and other neurotransmitters more readily available? Well, NeuroStar® Advanced Therapy does it without the chemicals and without the nasty side effects. Which brings us to…

One of the reasons that I can’t tolerate antidepressants is because of the side effects. I have some strange reactions to medications. The first antidepressant I was prescribed back when I was 18 sent me into a psychotic episode and almost killed me. Others over the years didn’t have quite as profound an effect, but they either just plain didn’t work or made me feel like I was auditioning for the latest zombie movie.

NeuroStar® Advanced Therapy, on the other hand, doesn’t have side effects like most drugs and other treatments. In fact, the most common side effect is temporary pain or discomfort near the treatment site, which typically lasts only during the first week of treatment.

There is a perception that you can only be treated with NeuroStar® Advanced Therapy if you’ve tried multiple different drug treatments without success. That’s not true at all. In fact, your doctor can prescribe it for you after just one attempt at treating your depression with medication.

NeuroStar® Advanced Therapy was first cleared by the FDA nearly ten years ago. Since then, they’ve been working hard to make sure that more and more people have access to this innovative treatment option. It is also the first FDA-cleared transcranial magnetic stimulation treatment that can be delivered in under 19 minutes, depending on your doctor’s prescription. That means you can easily fit an appointment into your lunch hour if need be.

That all sounds fabulous so far, but does it work? I’ve been let down by depression treatments before, so of course I’m skeptical. Here’s the thing: NeuroStar® Advanced Therapy isn’t a new treatment. You’re not a guinea pig in some sort of experiment. In fact, it’s backed by more studies and research than any other type of transcranial magnetic stimulation treatments. 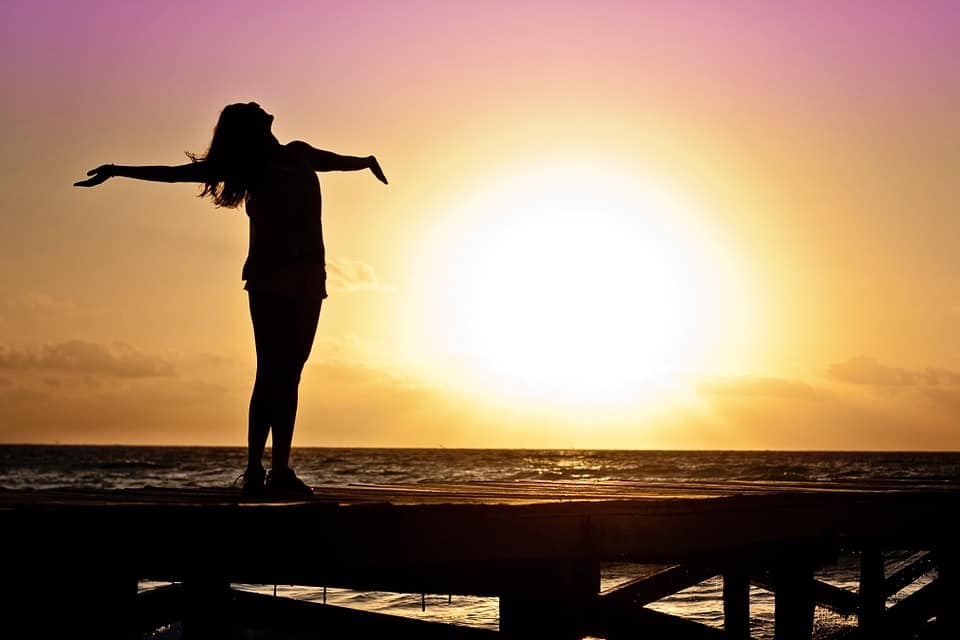 A majority of patients see significant improvement within 4-6 weeks of treatment. In fact, 37% of patients were symptom-free at the end of those weeks. [Carpenter 2012 Depression and Anxiety]

Let’s hear from a real-life patient!

If you’re like me, you can read about a treatment all day long but still be skeptical until you’ve seen it work on a real person.

Debbie is a mom, wife and arts enthusiast who dreamt of becoming a writer for most of her life. Thanks to NeuroStar® Advanced Therapy, she no longer has severe depression getting in the way of her dreams. In fact, she used her 19-year struggle with depression as inspiration and published her first book. It’s called Fragments of Hope and it intimately details her struggle with the disorder. Debbie credits NeuroStar® Advanced Therapy’s transcranial magnetic stimulation with saving her life, as she is now 100% depression free. Check out her story:

I can absolutely relate to Debbie, as I let depression get in the way of my dreams for a long time. In fact, I’m still letting it interfere. As much as I love what I do (and wouldn’t give it up for the world), I also have always wanted to write fiction. That was my first dream and it never went away.

My depression is one of my biggest road blocks. I want to write, to create a stunning world that engages readers and whisks them away on exciting new adventures, yet I can’t get past the curtain of “blah” that is blocking my creativity. It’s like depression is a giant wall keeping the stories buried deep inside my head. So, kudos to Debbie for getting past that, and kudos to NeuroStar Advanced Therapy for helping her get there!

NeuroStar Advanced Therapy is only available by prescription, so talk to your doctor to find out if it is right for you.

This is a sponsored post written by me on behalf of NeuroStar® Advanced Therapy. For more information about safety and effectiveness of NeuroStar, visit the NeuroStar website.