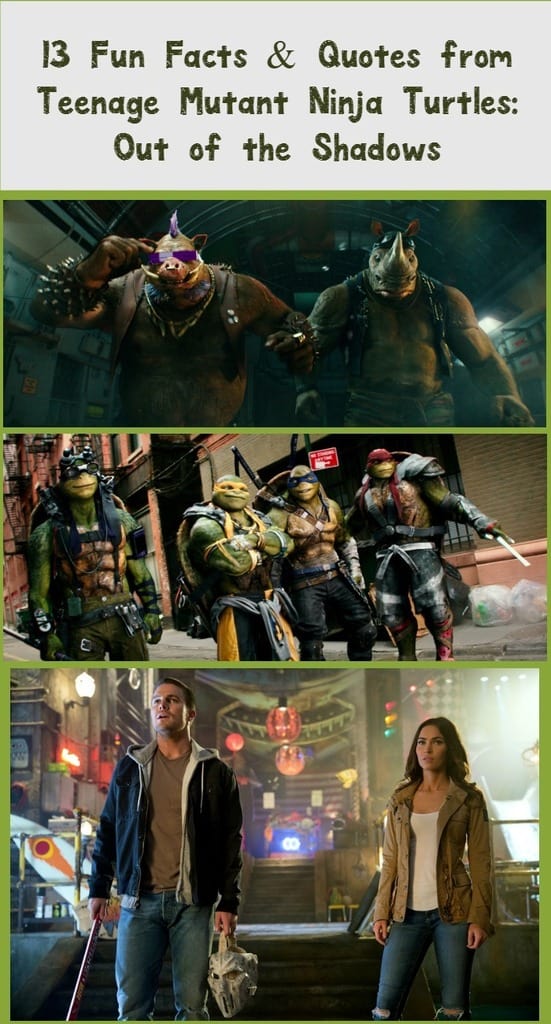 Teenage Mutant Ninja Turtles: Out of the Shadows Trivia

Stephen Amell plays the role of Casey Jones in the movie. Amell is best known for his TV role as Oliver Queen/ Green Arrow in Arrow and The Flash.

Before the initial movie trailer was released, the movie had a different title, it was called Teenage Mutant Ninja Turtles: Half-Shell. Those of us who remember the song from the original series are now singing “Heroes in a half shell, Turtle Power!” in our heads. Don’t deny it!

A car in the movie has a license plate that reads Mirage84. This is a reference to when the Turtles appeared in 1984 in the Mirage Comics.

The first trailer for this movie was shown during the Super Bowl half time show.

Actors Stephen Amell, who plays the role of Casey Jones and Alan Ritchson, who voices the role of Raphael, both starred in the television series, Blue Mountain State. Amell played the role of Travis McKenna in 2010 in 2 episodes, while Ritchson played the main role of Kevin Devlin Castle from 2010 to 2011.

In the movie, Casey Jones uses a hockey stick. Look closely at the name on it! It’s a tribute to Kevin Eastman, the creator of TMNT.

The name of the Turtle’s awesome new vehicle in Out of the Shadows is the Turtle Tactical Truck. It’s based on several other vehicles from throughout the series.

The TMNTs celebrate their 30th anniversary in 2017. The movie was originally supposed to be released during that year. Aren’t you glad we don’t have to wait?

Teenage Mutant Ninja Turtles: Out of the Shadows Quotes 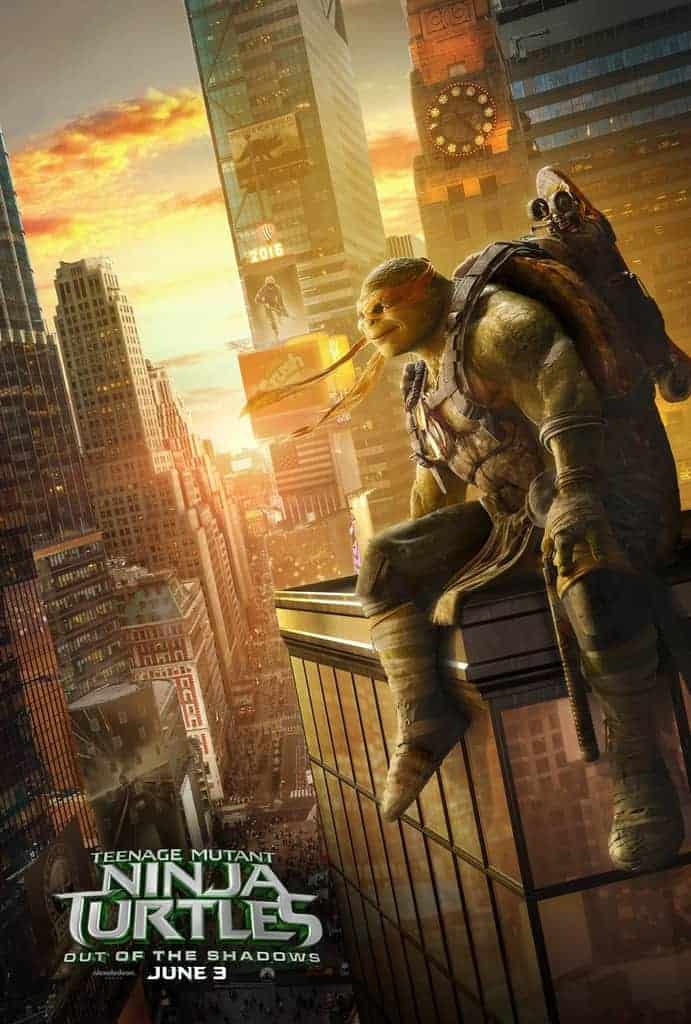 Raphael- “What are the most important traits of the Ninja?”

Rebecca- “What are you, superheroes?”

Raphael- “Just four brothers who hate the police and love this city.” 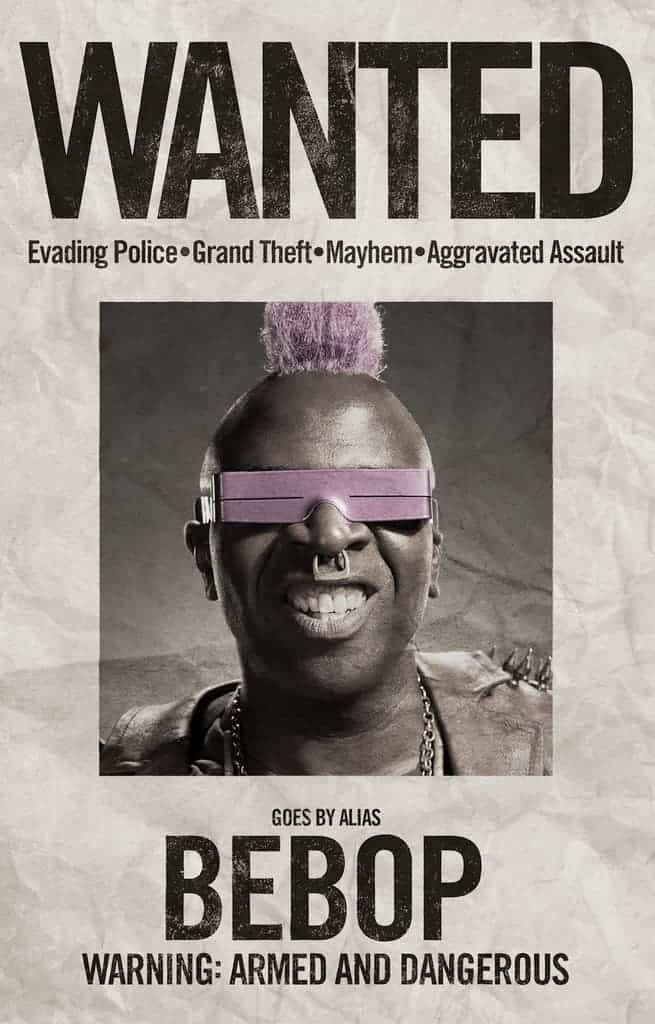 Michelangelo: Dude, bringing back the mohawk! Good for you!

Leonardo and Donatello, after a vortex opens in the sky:

Leonardo- “What’s happening out there, Donnie?”

Donatello- “I don’t know, but it doesn’t look good.”

Are you planning to see the movie? Can you think of any other cool Teenage Mutant Ninja Turtles: Out of the Shadows quotes and trivia facts that we missed? Share in the comments!

4 thoughts on “13 Fun Facts & Quotes from Teenage Mutant Ninja Turtles: Out of the Shadows”