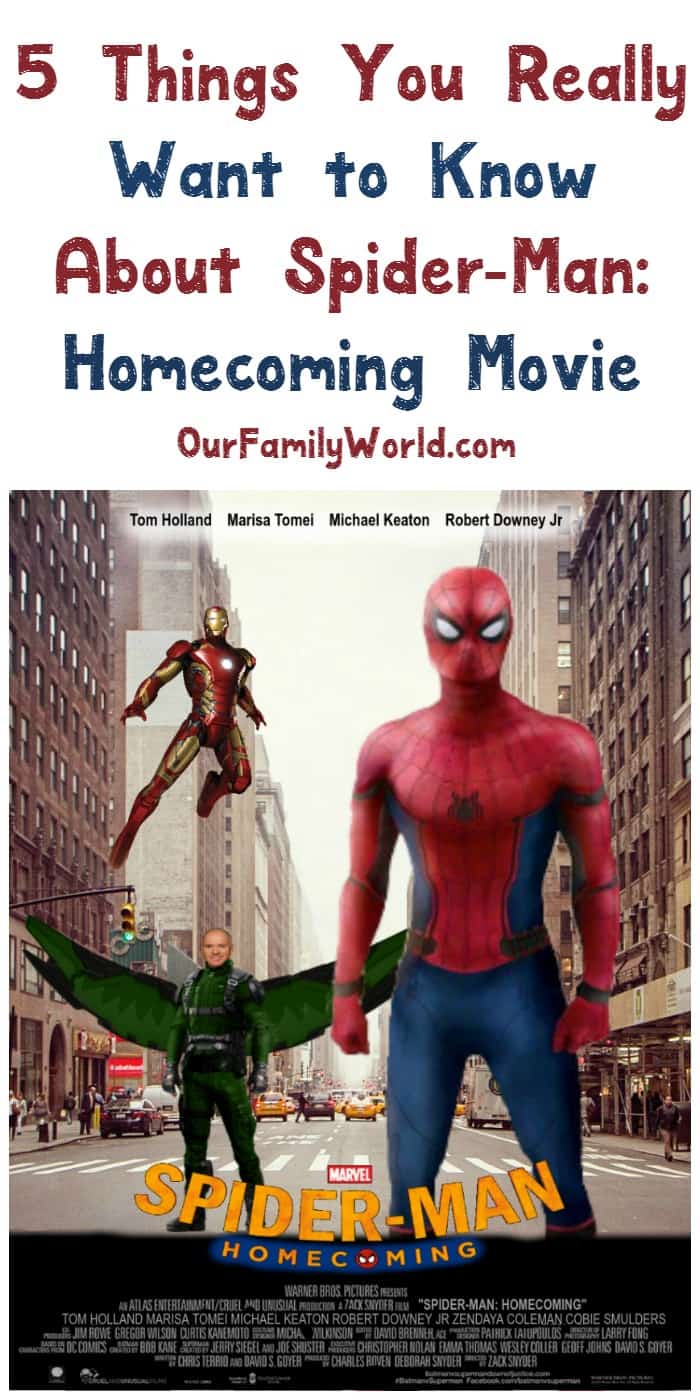 Before you head to theaters for this summer’s big superhero blockbuster flick, brush up on all your Spider-Man: Homecoming movie trivia! We have everything you really want to know about what went on behind the scenes! If you haven’t heard, Spider-Man: Homecoming is an upcoming superhero movie that will be released in theaters on July 7, 2017. The movie is based on the character from Marvel Comics. Check out some of our favorite trivia facts! Okay, before we get into the Spider-Man: Homecoming movie trivia, let’s talk reboots and sequels. There have been quite a few Spidey movies over the years, but they’re not all related to each other. Remember that trilogy that started back in 2002 with Tobey Maguire and Kirsten Dunst? Okay, good, now forget it. It has nothing to do with Homecoming. Okay, now remember the two Amazing Spider-Man

movies that came out in 2012 and 2014 starring Andrew Garfield? You know how they were reboots of the Maguire trilogy?  Forget those, too. Spider-man: Homecoming has a whole new cast, crew and concept. In fact, I’d say it’s more a sequel to Captain America: Civil War  than anything else. Sequel may not be a good word. It’s more of a continuation of the Marvel world.

So, now that we’ve got all that cleared up (I think, honestly, I’m a little confused, too), let’s talk trivia!

1- The movie’s director is Jon Watts and while this is not his first directing gig, it is his first time directing a superhero movie. Watts also directed the 2014 supernatural horror movie Clown and the 2015 road thriller film Cop Car.

3-Homecoming is also the 16th movie in the Marvel Cinematic Universe, with the 1st movie being Iron Man in 2008 and the most recent being Guardians of the Galaxy Vol. 2, released in theaters on May 5, 2017. In addition, there also 8 more movies, set in the Universe, currently in production.

5-Prior to Tom Holland being cast in the role of Peter Parker/Spider-Man, several other actors screen tested for the role as well, including Asa Butterfield, who is best known for his role as Hugo Cabret in the 2011 film Hugo

Are you excited for the latest incarnation of everyone’s favorite webslinging super hero? Have you heard any interesting Spider-Man: Homecoming movie trivia? Share below!