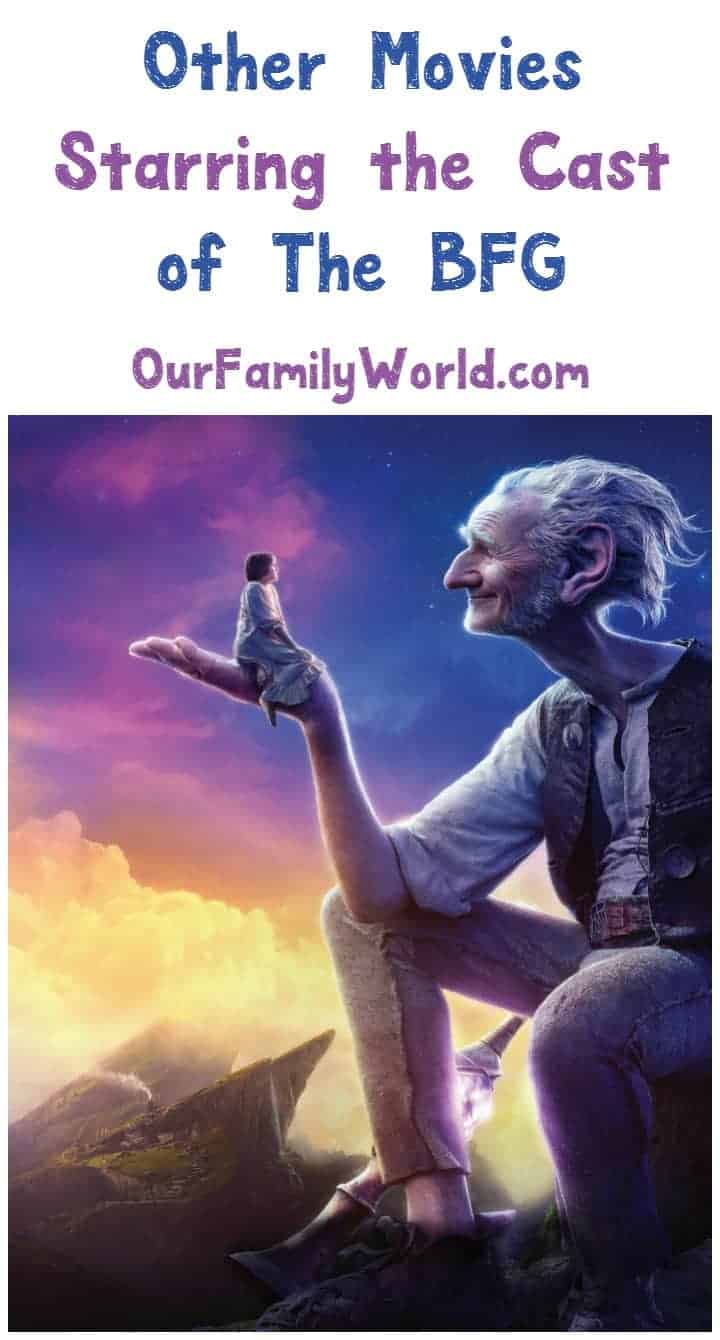 Families everywhere are waiting in anticipation for The BFG movie, slated to hit theaters on July 1, 2016, by Walt Disney Studios Motion Pictures. The BFG is the sequel to the 1989 movie of the same name, which went straight to DVD, but is the first time it will be released in theaters. The movie stars Mark Rylance, Ruby Barnhill, Penelope Wilton, Rebecca Hall, Bill Hader and Jemaine Clement. Here are some other movies the cast of The BFG has appeared in.

Related: 5 Fun Facts About The BFG That May Surprise You

Other Movies the Cast of The BFG has Appeared In

Mark Rylance plays the role of The BFG in the movie. His movie career started in 1985 when he starred in The McGuffin as Gavin. Since that time, Rylance has appeared in the 1991 film The Grass Arena as John Healy, the 2011 Blitz as Bruce Roberts and the 2015 Bridge of Spies as Rudolf Abel. His role in Bridge of Spies earned him an Academy Award for Best Supporting Actor.

Ruby Barnhill plays the role of Sophie in the movie. This is actually Barnhill’s first movie. Previously, the only other work she has done was the TV series 4 O’clock Club, where she played Isobel in 6 episodes in 2015.

Penelope Wilton plays the role of Queen Victoria in the movie. Her movie career began in 1981 when she appeared in The French Lieutenant’s Woman as Sonia. Since then, she has appeared in the 1993 film, The Secret Rapture as Marion French, the 2004 Shaun of the Dead as Barbara and the 2006 The History Boys as Mrs. Bibby. She also played Harriet Jones in the Dr. Who television show.

Rebecca Hall plays the role of Mary in the movie. Her movie career started in 2006, in the movie Starter for 10 as Rebecca Epstein. Since then, she has been in the 2008 Frost/Nixon as Caroline Cushing, the 2011 The Awakening as Florence Cathcart and the 2014 Transcendence as Evelyn Caster.

Bill Hader plays the role of The Bloodbottler in the movie. His film career started in 2006 in the movie You, Me and Dupree as Mark. Since then, he has appeared in the 2008 Tropic Thunder as Rob Slolom, the 2013 Turbo as the voice of Guy Gagne and the 2015 Trainwreck as Aaron Conners.

Jemaine Clement plays the role of The Fleshlumpeater in the movie. His film career began in 1995 in the movie Blood Suckers as a vampire. Since then, he has appeared in the 2010 Dinner for Schmucks as Kieran Vollard, the 2012 Men in Black 3 as Boris the Animal and 2014 Rio 2 as the voice of Nigel.

With such a diverse and amazing cast, The BFG is going to be an awesome movie, don’t you think? If you can’t get enough of this great family movie, check out other movies like the BFG!

Have you seen any of these other movies the cast of The BFG has appeared in? Which are your favorites? Tell us in the comments!

9 thoughts on “Where Else Have You Seen the Cast of The BFG?”