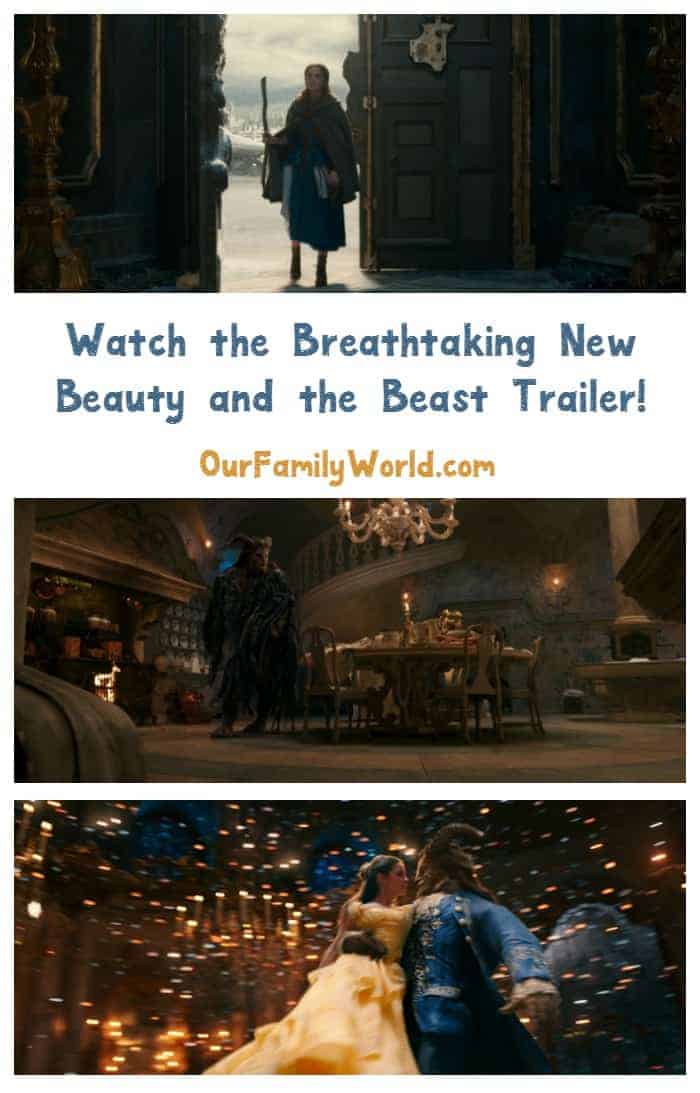 Disney just released a new Beauty and the Beast trailer, and it is just breathtaking! We loved the first trailer that we shared a few months ago, but this one gives you an even better look at all the characters, scenery and the story. As a huge fan of both the timeless classic tale and the actors that star in it, I have to say that March 17, 2017 can’t get here fast enough. Based on the trailers and imagery from the film, I think Emma Watson was just the perfect choice to play Belle, don’t you? Read on for a peek at the newest trailer plus stills from the film!

Related:5 Surprising Facts about the 2017 Beauty and the Beast Movie

New Beauty and the Beast Trailer

Beauty and the Beast is one of the most beloved tales ever told. The film brings it to life in a stunning, cinematic event directed by Bill Condon with an extraordinary ensemble cast, including: Emma Watson, Dan Stevens, Luke Evans, Kevin Kline, Josh Gad, Ewan McGregor, Stanley Tucci, Gugu Mbatha-Raw, Audra McDonald, Ian  McKellen and Emma Thompson.

We also have some gorgeous stills from the trailer for you to check out!

Belle’s first impression of the Beast’s castle must be incredibly overwhelming!

Lumiere was always one of my favorite characters. I can’t wait to see him brought to life!

How impressive is The Beast?

Yep, pretty impressive indeed! Aw, he’s not so scary once you get to know him, though!

How would you like to dance in that ballroom? This is one of my all-time favorite visuals from the movie. It’s probably the most iconic scene in the entire movie!

I take that back, THIS is my new favorite! Absolutely magical, don’t you agree?

Remember, Beauty and the Beast premieres in theaters on March 17, 2017. Yes, that’s still a while away, but it’ll be here before you know it! In the meantime, here’s some fun news: this morning, around 8:20am PT / 11:20am ET, stars Emma Watson, Dan Stevens, Luke Evans, Josh Gad, and director Bill Condon, will be answering questions in a Facebook Live on the Beauty and the Beast page.

What do you think of the new Beauty and the Beast trailer? Are you as excited for this release as I am? Tell us in the comments!