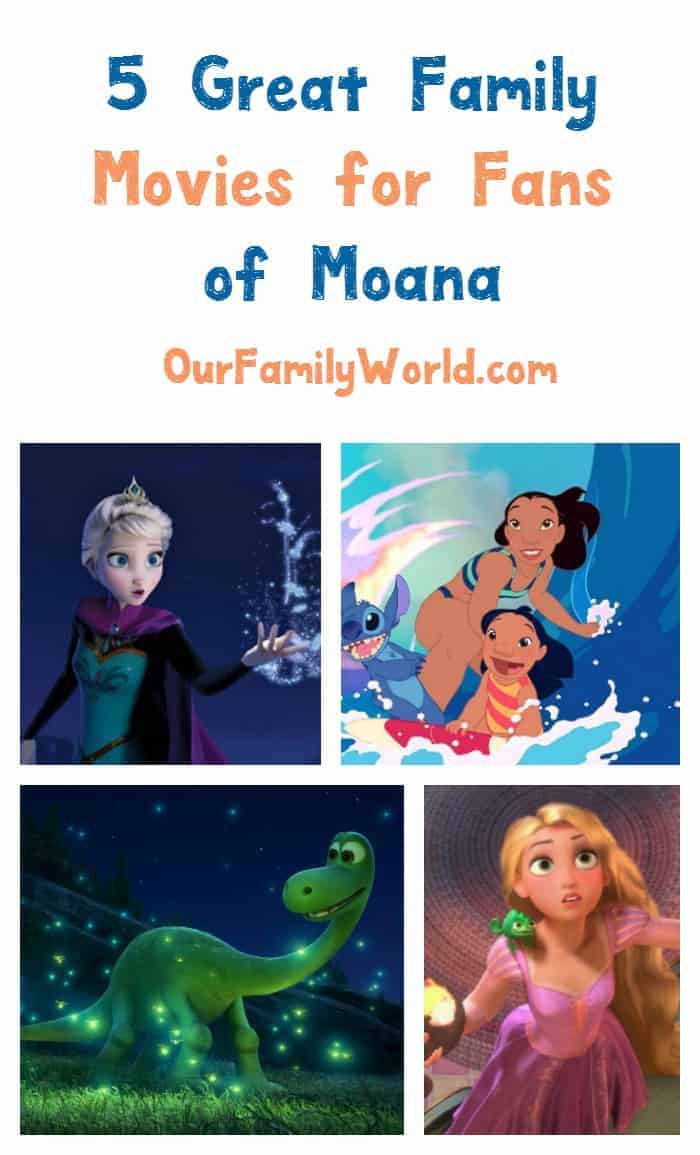 With such original characters and themes, you might think that there aren’t many other movies like Moana out there for your family to enjoy. It’s true that it’s probably one of Disney’s most unique princess movies to date, but you can still find other great flicks for your next movie night with a lot of the same themes. The film combines adventure, comedy, fantasy and music, so we’ve chosen some other great choices that bring together similar elements.  Check out our favorite other movies like Moana!

The Princess and the Frog

The Princess and the Frog is a 2009 computer animated movie that combines comedy, drama, music and fantasy all into one movie. It is loosely based on the 2002 book titled The Frog Princess by E.D. Baker. The movie tells the tale of Tiana, a waitress who wants to own her own restaurant. But, one day, she is turned into a frog after kissing a prince. The Princess and the Frog features the voices of Anika Noni Rose as Tiana and Bruno Campos as Prince Naveen.

The Good Dinosaur is a 2015 computer animated comedy adventure movie. It takes place on a fictional Earth where dinosaurs were never extinct. The movie focuses on Arlo, a young dinosaur who befriends a young boy on his journey through rough and strange lands. The Good Dinosaur features the voice cast of Raymond Ochoa as Arlo and Jack Bright as Spot.

Lilo & Stitch is a 2002 computer animated sci-fi comedy drama movie that led to the television series titled Lilo & Stitch: The Series, which aired from 2003 to 2006. The movie focuses on a young Hawaiian girl named Lilo, who adopts Stitch, a fugitive extra-terrestrial. Lilo & Stitch features the voices of Daveigh Chase as Lilo Pelekai and Chris Sanders as Stitch.

Frozen is a 2013 computer animated movie that combines fantasy, music, drama and comedy all into one movie. The movie was inspired by the 1844 fairy tale titled The Snow Queen by Hans Christian Andersen. The movie showcases the lives of two sisters, Anna the Princess of Arendelle and Elsa the Snow Queen of Arendelle. Anna sets out on a journey to rescue her sister and along the way befriends Kristoff, an iceman and Olaf, a comical snowman. Frozen features the voice cast of Kristen Bell as Anna, Idina Menzel as Elsa, Jonathan Groff as Kristoff and Josh Gad as Olaf.

Tangled is a 2010 computer animated musical, comedy, fantasy movie that is loosely based on the 1812 fairy tale titled Rapunzel by the Brothers Grimm. The movie is about a young princess named Rapunzel, who dreams of leaving her secluded tower, and gets her wish one day, with the help of her long hair and a handsome intruder. Tangled features the voices of Mandy Moore as Rapunzel and Zachary Levi as Flynn Rider.

These are just a few movies like Moana that would be perfect for your next family movie night! Remember, Moana comes out in theaters on November 23rd!