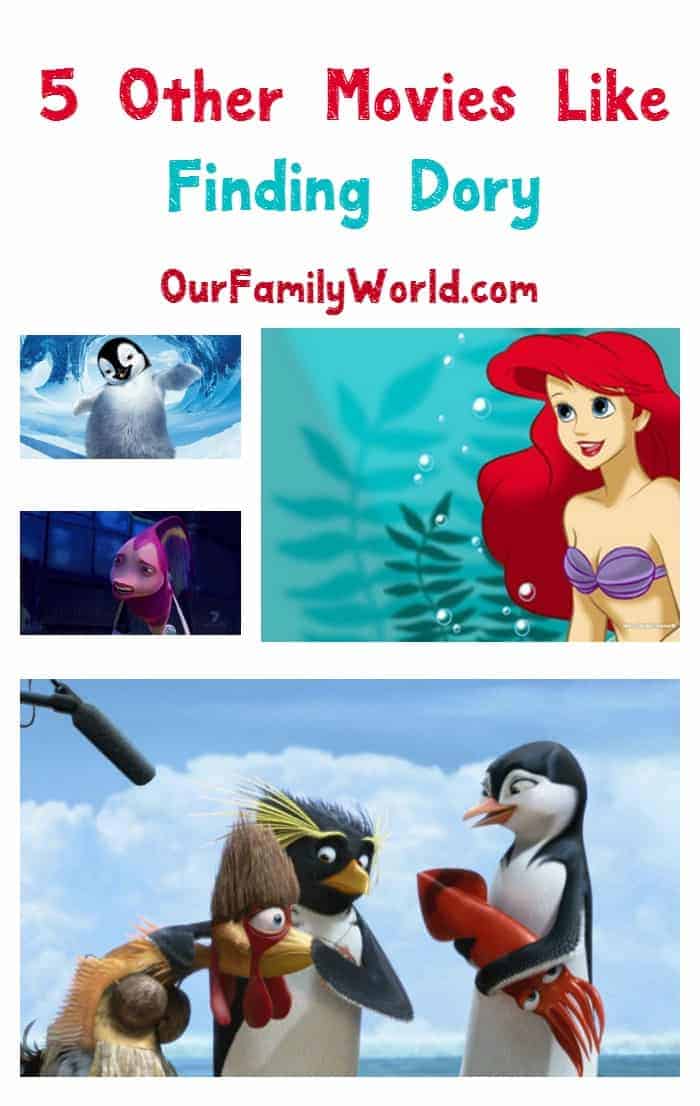 Looking for other movies like Finding Dory to hold you over until the big release date in June? We have you covered with five films that will invoke the same good feeling and excitement! Finding Dory is a 2016 3D computer animated adventure comedy movie that is due to hit theaters on June 17, 2016. It is the sequel to the 2003 movie Finding Nemo.

In Finding Dory, Dory, who suffers from amnesia, sets out on a journey to locate her family, along with her friends Nemo and Marlin. Here are some other movies like Finding Dory.

The Little Mermaid is a 1989 animated musical fantasy film, which is based on the fairy tale that was written by Hans Christian Andersen. The movie showcases the life of Ariel, a beautiful mermaid princess who wants to become human one day. The Little Mermaid features the voices of Jodi Benson as Princess Ariel, along with Christopher Daniel Barnes, Pat Carroll, Samuel E. Wright, Jason Marin and Kenneth Mars.

Shark Tale is a 2004 computer-animated comedy movie; that stars the voice cast of Will Smith, Renee Zellweger, Robert De Niro, Angelina Jolie, Martin Scorsese and Jack Black. Oscar is a young fish that tries to make himself look good among his community. So, he tells everyone a lie about how he killed the son of a shark mob boss.

Happy Feet is a 2006 computer animated musical fantasy film; that is the prequel to the 2011 movie Happy Feet Two. The movie features an all-star voice cast that includes Robin Williams, Elijah Wood, Hugh Jackman, Hugo Weaving, E.G. Daily, Nicole Kidman and Brittany Murphy. Happy Feet centers on the Emperor Penguins, especially one who can’t sing at all, but he can tap dance like no one else.

Ice Age is a 2002 computer animated comedy adventure buddy movie that is the first movie in what is now five films: Ice Age: The Meltdown in 2006, Ice Age: Dawn of the Dinosaurs in 2009, Ice Age: Continental Drift in 2012 and Ice Age: Collison Course, scheduled to be in theater on July 22, 2016. The movie centers on the adventures of Sid, a sloth, Manny, a mammoth along with a few other animals, as glaciers are flooding Earth. The voice cast includes Ray Romano, Denis Leary, Chris Wedge and John Leguizamo.

Before you go, check out this sneak peek at Finding Dory! This new clip from the movie takes you back in time to meet the a-Dory-ble Baby Dory.

Have you already seen any of these other movies like Finding Dory? Which are your favorites? Tell us in the comments!