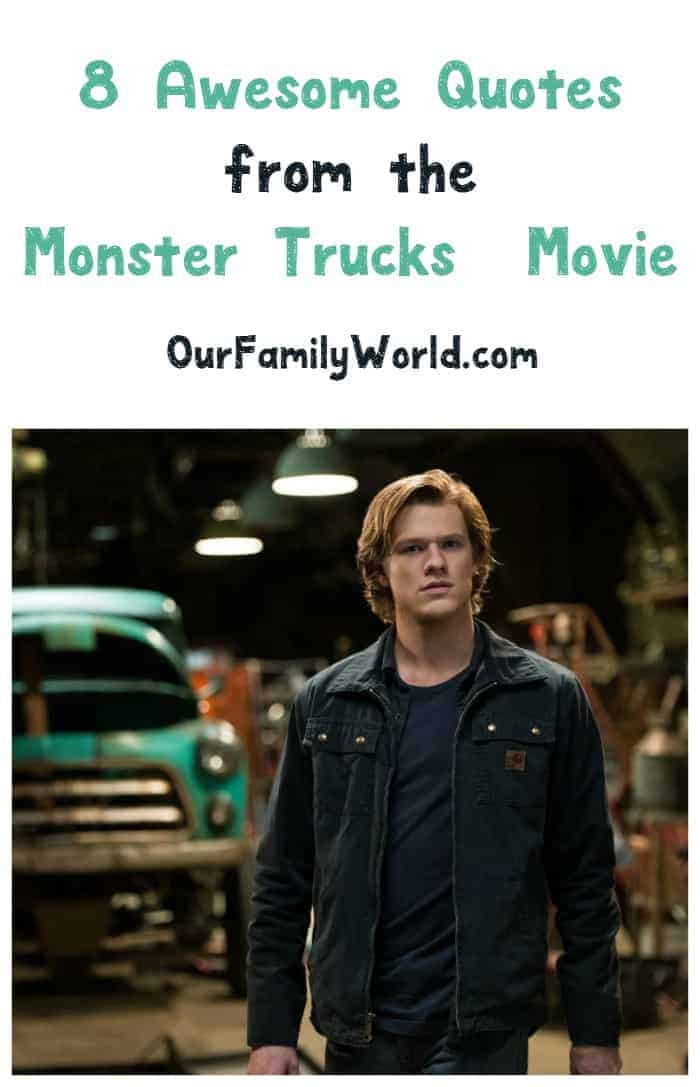 Looking for fun Monster Trucks movie quotes? The upcoming live-action/computer-animated comedy is set to release on January 13, 2017 and it looks like it’s going to be such a fun family movie! The film tells the tale of Tripp, a high school senior who is looking for a new life in a new town. Using parts from scrapped cars, he builds a Monster Truck. The role of Tripp is played by actor Lucas Till. Here are some awesome quotes from the movie Monster Trucks.

Conversation between Sam and Tripp, with Sam showing a large unexplained hole in his truck.

Sam- “You want to see something crazy?”

Sam- “Told you that you have never seen anything like this.”

TV Reporter as a voiceover:

The reporter is referring to a subterranean creature, the result of an oil-drilling site accident.

Burke- “We’re looking for something unusual. Something dangerous.”

The role of Burke is played by actor Holt McCallany, who is most known for his role as Detective John Hagen on the television series CSI Miami from 2003 to 2005.

Tripp- “There’s something going on here. I don’t even know how to begin to explain it. Take a look; he likes hiding in my truck.”

Tripp shows the creature to Meredith for the first time. She reacts to seeing the creature with a loud scream. 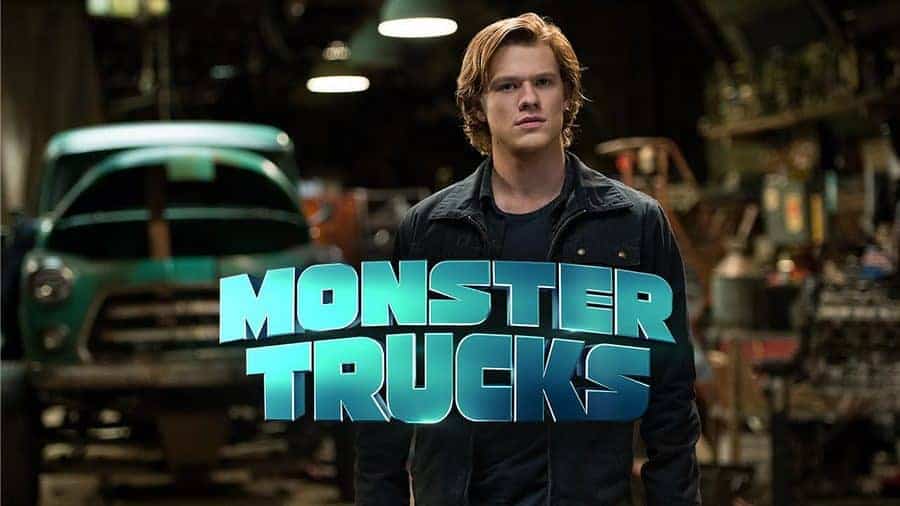 Meredith- “Aren’t you curious about where it came from?”

Tripp- “I’m gonna get you home and away from whoever’s after you.”

Creech reacts by cutely spitting in his face.

Dr. Bill Dowd is played by actor Thomas Lennon, most famous for his role as Lieutenant Jim Dangle in the comedy television series Reno 911 from 2003 to 2009.

Conversation between Tripp and Meredith, referring to her wanting to drive a Monster Truck:

Tripp- “Did you pick up something from watching me?”

Meredith- “A week ago, you were riding a bicycle.”

Have you heard any other fun Monster Trucks movie quotes? Share in the comments!