Looking for more hilarious family movies like The Nut Job 2: Nutty by Nature? Check out our top 10 picks for your next movie night! 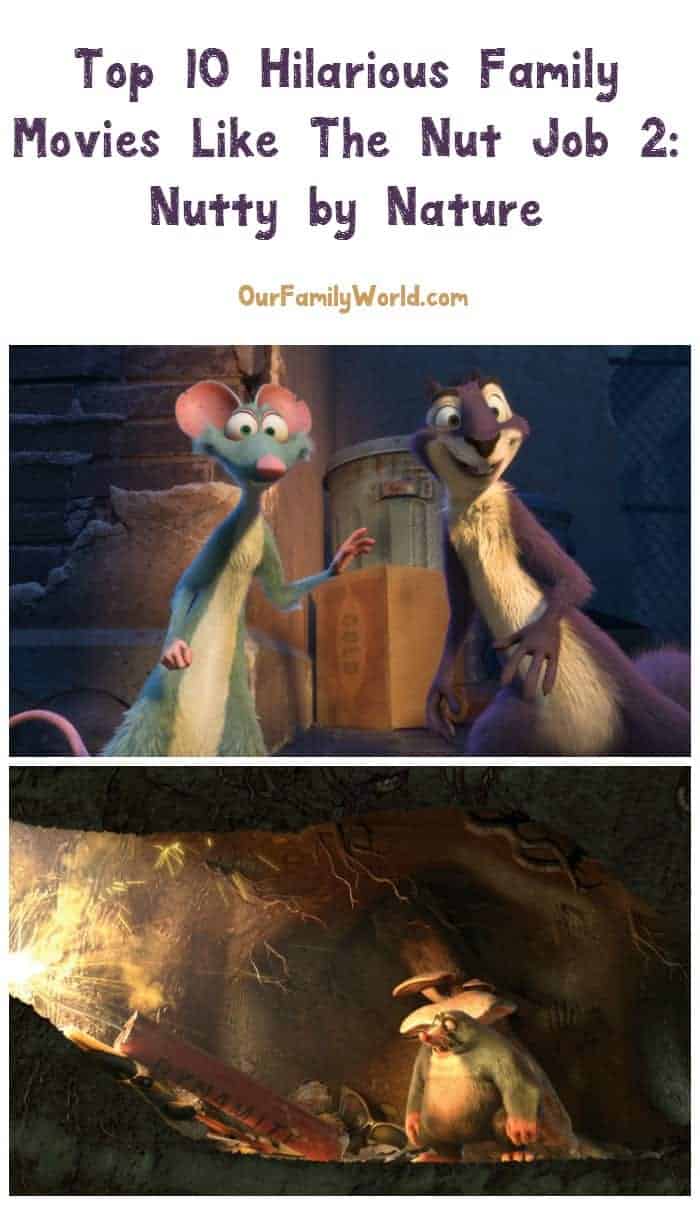 1- Chicken Run- Chicken Run is a 2000 stop-motion, comedy, drama movie. Rocky, a Rhode Island Red chicken, may be the only hope for a group of chickens who want to escape from their mean owners. Chicken Run features the voices of Mel Gibson, Julia Sawalha and Miranda Richardson.

2- Flushed Away- Flushed Away is a 2006 computer-animated, action, adventure, comedy movie. Roddy St. James, an uptown rat, accidentally ends up in the sewers of London. Flushed Away features the voice cast of Hugh Jackman, Kate Winslet, Ian McKellen, Bill Nighy and Andy Serkis.

4-Over the Hedge- Over the Hedge is a 2006 computer-animated, comedy movie that is based on the characters from the comic strip of the same name. Over the Hedge features the voice cast of Bruce Willis, Garry Shandling, Steve Carell, Nick Nolte and William Shatner.

5- Free Birds- Free Birds is a 2013 computer-animated, buddy, comedy movie. Reggie, a domesticated turkey and Jake, a wild turkey, travel back to the year 1621, to ensure the Thanksgiving menu doesn’t include turkey. Free Birds features the voices of Own Wilson, Woody Harrelson and Amy Poehler.

8- The Book of Life- The Book of Life is a 2014 computer-animated, musical, fantasy, adventure, comedy movie. Manolo Sanchez, a young bullfighter, sets off on a journey, where he is forced to deal with his greatest fears. The Book of Life features the voice cast of Diego Luna, Zoe Saldana, Channing Tatum, Ron Perlman and Christina Applegate.

It’s hard to say which of these movies like The Nut Job 2 is my favorite! We really loved Zootopia, but the Angry Birds movie was hilarious! Whichever you choose, you really can’t go wrong with these family flicks.

2 thoughts on “Top 10 Hilarious Family Movies Like The Nut Job 2: Nutty by Nature”