Can’t wait to see what Surly Squirrel & the gang are up to? Check out 15 awesome The Nut Job 2: Nutty by Nature movie quotes and trivia! 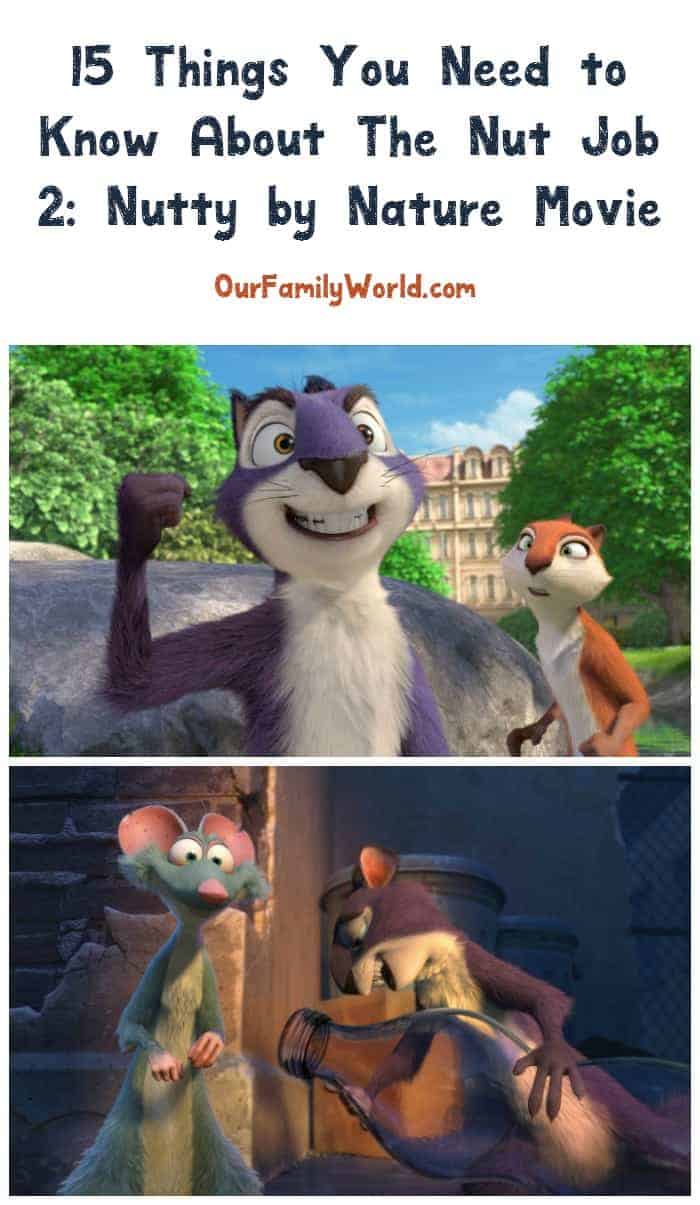 The park gang is back again, this time to try and stop their home, Liberty Park, from being destroyed by the Mayor of Oakton City. The Nut Job 2: Nutty by Nature is the sequel to the 2014 movie, The Nut Job. The computer animated comedy movie will be released in theaters on August 11, 2017. Here is some interesting trivia behind the movie, the cast and the crew.

3- This will be the 9th movie that Will Arnett- Surly- lends his voice to. The other 8 are:

4-This will be the 3rd movie that Bobby Moynihan- Mayor of Oakton City- lends his voice to. The other 2 are:

5- This will be the 3rd movie that Peter Stomare- Gunther- lends his voice to. The other 2 are:

6- This will be the 1st movie voice role for Isabela Moner- Heather. However, she has voiced the role of Kate in the animated television series- Dora and Friends: Into the City

7- The Nut Job 2: Nutty by Nature will be the 4th collaboration between Will Arnett- Surly and Maya Rudolph- Precious. There other 3 collaborations are:

9- The music composer for the movie is Heitor Pereira, who has done the movie scores for a number of other movies including the 2008- Beverly Hills Chihuahua, the 2010- Despicable Me, the 2011- The Smurfs and the 2016- The Angry Birds Movie.

10- Conversation between Surly, the purple squirrel & Precious, the pug, after Precious licks Surly:

Surly- “Precious, we talked about this.”

Precious- “It’s hard to respect your personal space when you taste like peanut butter.”

11- The Mayor of Oakton City, talking about his plans for Liberty Park:

Bobby Moynihan provides the voice of the Mayor of Oakton City.

Surly- “Come on, Buddy, this is going to be a stealth mission. Don’t tell me you’re scared, there’s nothing safer than a dark alley.”

Surly- “I need your help to take back the park. The mayor wants to destroy everything. Don’t you see, we’re all animals and we need to look out for each other.”

14 Conversation between Surly and Mole, the mole:

Surly- “That reminds me, don’t call him cute.”

15 Conversation between Precious and Surly:

Surly- “No, it’s not all me. If we want to stop these guys, it’s going to take everyone.”

What an amazing cast, right? If this one is even half as much fun to watch as the first Nut Job, we’re totally there! Want to skip the lines? Sign up for a Fandango Fanalert so you can get tickets as soon as they go on sale!

Have you read any cool The Nut Job 2 movie trivia or quotes? Share below!