In the movies, a bully is often seen as a larger child who picks on the smaller children in some physical manner, such as stuffing them in lockers, stealing their lunch money, and so on. In reality, while some types of bullying have a physical element, there are actually many other ways in which a child can be bullied, and they all have the potential to cause long-lasting harm. 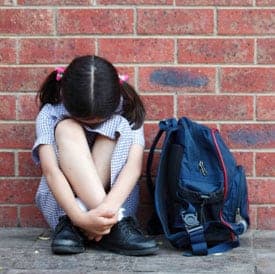 The types of bullying also encompass the actual bullies themselves. While individual bullies are still way too common, more and more bullies are gathering in groups. This type of bullying is typically seen in high schools, when one social group of teenagers picks on other social groups. In the movies, athletic groups like football stars and cheerleaders are often viewed as the bullies, while smart children and “social outcasts” are viewed as the victims. In the real world, it’s really not that cut and dry. It is unfair to assume that just because a group of children excel at sports, they can never be the victim of bullying; or just because a child is smart, they can never become a bully themselves. Any social group that enjoys putting down others is engaging in bullying activities.

For more information on bullying, check out this great video on how to help your child cope.

9 thoughts on “Understanding the Different Types of Bullying”