This is a sponsored post written by me on behalf of Unilever. My opinions on I Can’t Believe It’s Not Butter! and baking without butter are my own.

I have a confession to make; I am really surprised at how well baking without butter worked out! I was a bit skeptical in the beginning. Although I’m not much of a cook, just about every other woman in my family is superb in the kitchen. One thing I can pull off semi-well is baking. Holiday cookies are my favorite, with muffins coming in a close second. I love muffins because they’re hard to mess up and they don’t have to be pretty to be edible. Pretty food and I don’t get along. Anyway, this long line of supreme cooking women all had one major thing in common: they believed you have to use butter to bake. Butter, butter, butter. That’s it. No substitution. One simply cannot bake without butter in their eyes. So when I embarked on my journey of cooking with I Can’t Believe It’s Not Butter, I was a little nervous. After all, as the name itself says, it’s not butter. 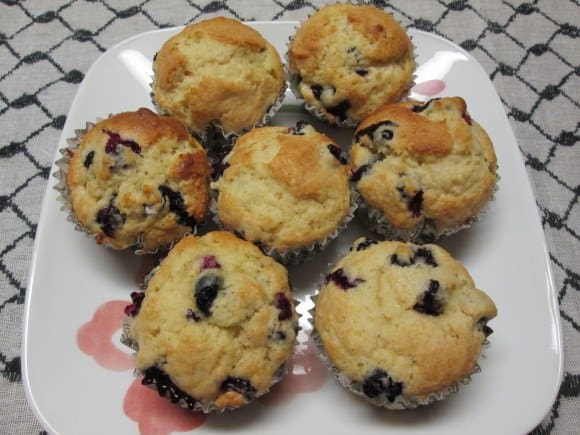 Now, mind you, I’ve used I Can’t Believe It’s Not Butter! for many other things in the past. Spread on toast, frying Perogies,   on “buttered” noodles, and more. I’ve always liked the creamy taste more than I liked actual butter anyway. Baking with it, though, I was nervous. Even my mom gave me a raised eyebrow look when I told her I was using I Can’t Believe It’s Not Butter sticks instead of actual butter sticks in my blueberry muffin recipe. Then again, I get that skeptical look every time I announce I’m trying a new recipe, so that could have had something to do with it. My mom is a great cook, but she sticks to recipes, whereas I like to try new things and risk it coming out horrible. Like the chocolate covered fruit I was originally going to make. Epic fail, but at least now I know not to use that type of chocolate!

I Can’t Believe it’s Not Butter! Makes Baking Without Butter a Cinch

One of the things I really love about cooking without butter and instead using I Can’t Believe it’s Not Butter is just how easy it is. Remember, I’m not a professional cook. I’m barely even an amateur cook! Easy is incredibly important to me. If you recall from my video, I don’t even know what the word “fold” means when it comes to food! I don’t have time to figure out weird stuff, like whether there is a difference in one tablespoon of the tub stuff versus the stick form. Hey, I honestly don’t know! Those of you who know your way around the kitchen are probably laughing now. That’s fine, I get it! The point is, I Can’t Believe It’s Not Butter comes in convenient sticks that are sized like regular butter, as well as tubs for when I just want to spread it on my toast. I don’t’ need to worry about whether I’m using the right amount.

The health benefits are another major plus. I love that I Can’t Believe It’s Not Butter gives me Omega-3s. I really think I need more of those, as I’m a picky eater and half the stuff that contains it doesn’t appeal to me at all. Plus, no trans fats and 30% fewer calories than butter is a major benefit. Of course, they taste delicious too. I suppose that really should be the first major plus, since if something tastes bad, it doesn’t matter if it’s easy to use or healthy.

Find I Can’t Believe It’s Not Butter at Walmart 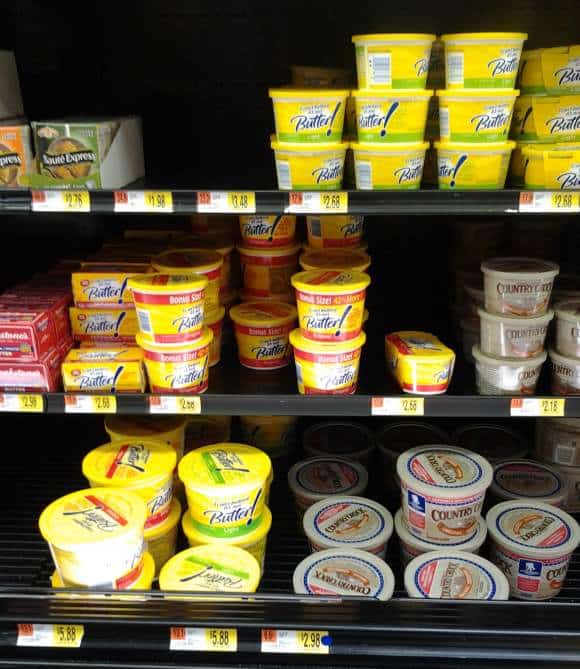 Your local Walmart should have a lovely selection of I Can’t Believe It’s Not Butter. It’s very reasonably priced too! Check it out and tell us if you’re planning to make a recipe without butter sometime soon!
Cooking your favorite recipes using Unilever buttery spreads is a deliciously smart move. With 0g trans fats per serving, less saturated fat and fewer calories than butter, cholesterol-free spreads are a better option.

This is a sponsored post written by me on behalf of Unilever.

13 thoughts on “I Can’t Believe I Baked without Butter! #CookwithSpreads”