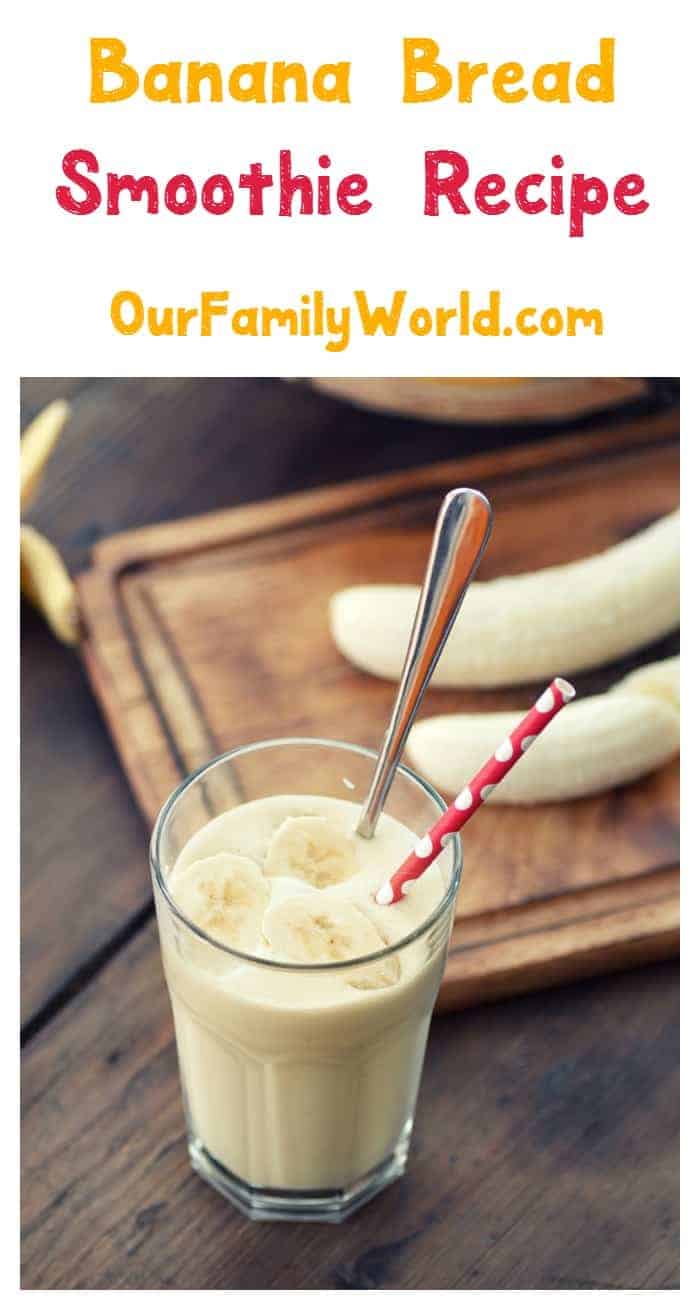 Give your breakfast a protein-packed punch with this delicious banana bread smoothie recipe, shared courtesy of Angie at Smoothie Recipes. Check out how she made it, then print out the recipe card for later!

Banana bread is a staple of any household and is delicious for breakfast. If you don’t have time to make some for the mornings, this smoothie is a perfect hearty breakfast alternative and a great way to start the day. With an array of nutrients, healthy goodness and protein it will leave you feeling fuller for longer and surviving all the way until lunch.

The use of protein powder in this smoothie means it is perfect for breakfast for those trying to lose weight or on a restricted diet because studies have shown that eating protein (over other things like carbs) for breakfast can leave you feeling less hungry throughout the day and less likely to snack.

Affiliate links included below. Thank you for your support!

, mix together the almond milk, banana and yogurt that order) and   blend for 20-30 seconds until smooth

Add the oats, 1 teaspoon of cinnamon and protein powder and mix until you get the desired consistency

Pour into a glass and top with the leftover cinnamon 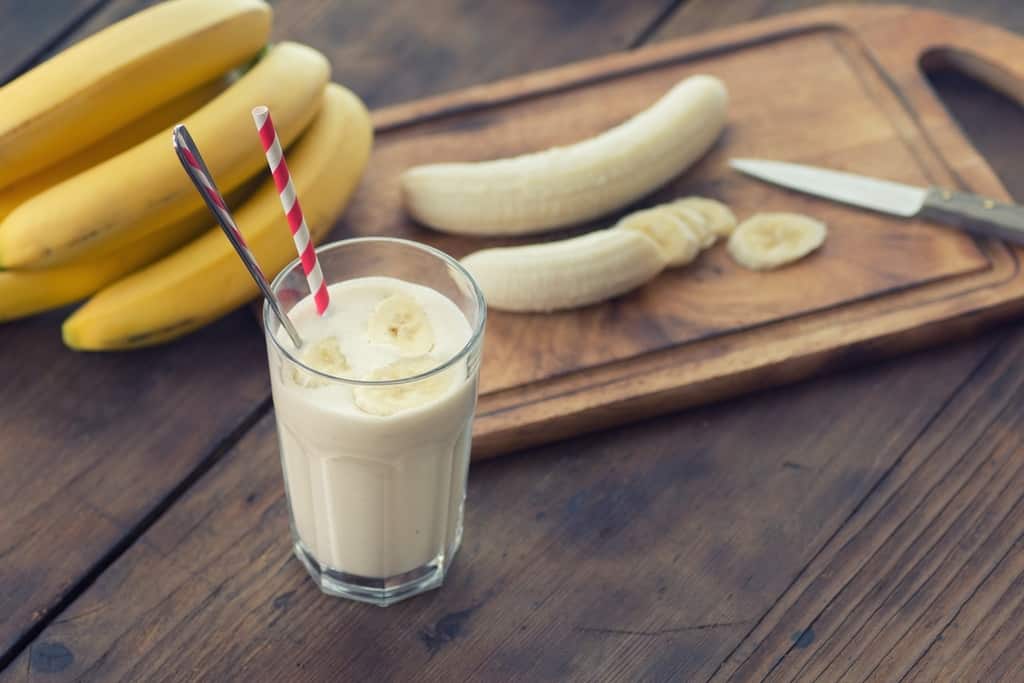 Print this recipe for later:

Tip: If you prefer a smoother, less “bitty” texture to your smoothies you can grind the porridge oats into a flour for the same health benefits but with a smoother smoothie.

This recipe was contributed by www.smoothierecipes.us

Do you have a favorite banana bread smoothie recipe that you make to give your mornings a protein boost? Tell us about it in the comments!