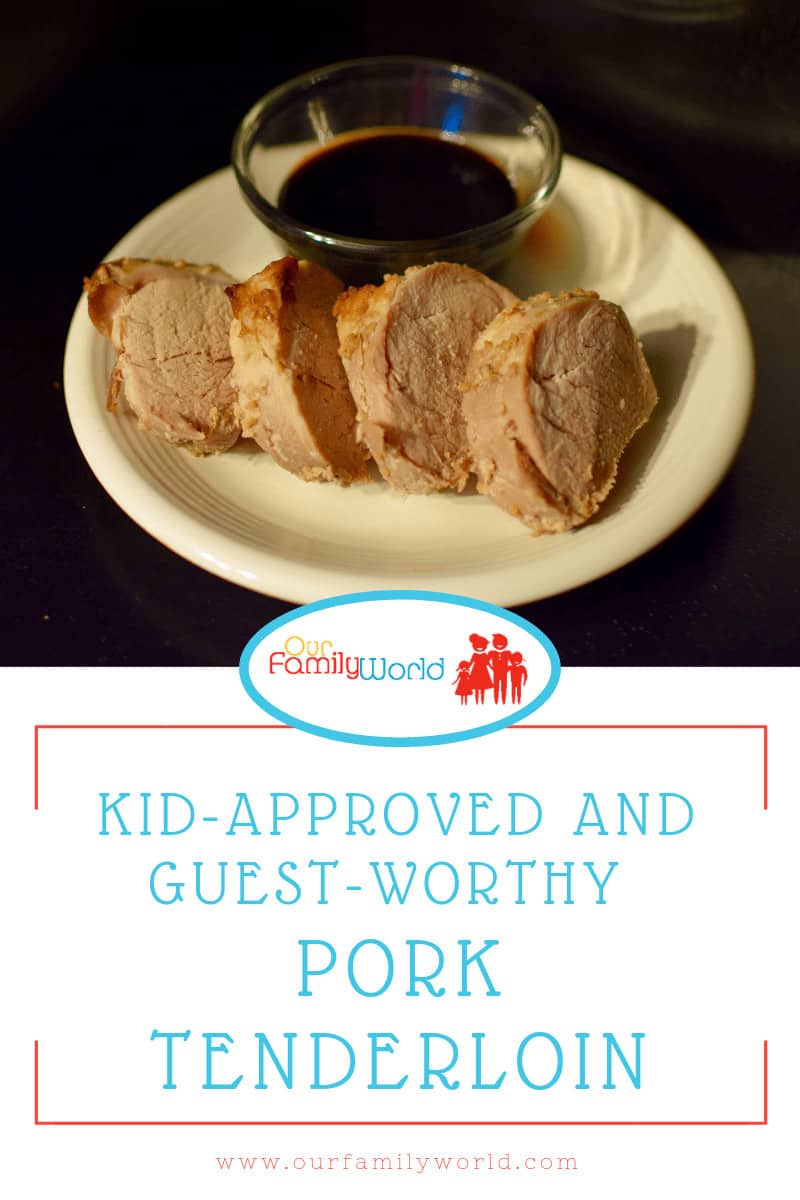 The first time I visited my in-laws (way back when my husband had only been my boyfriend for 2 months), they made this delicious pork tenderloin. I was impressed with their cooking, their son, and them in general!

The next time we visited over fourth of July, they had a backyard party and fireworks. And they made the tasty pork tenderloin again.

When we drove to their house in September for my husband’s birthday – imagine that – they made this magical pork tenderloin again!

Are you catching the pattern? This pork tenderloin recipe is a crowd pleaser and everyone likes it. Seriously, from toddlers to grandparents and everyone in between.

Yes, I know that this is pork – not steak. But Dale’s is my secret weapon for so many dishes: pork tenderloin, salad dressing, stir fry sauce, and more. The seasoning mixed with the garlic and soaked into the meat is utter perfection.

I’ve made this on the grill, baked in the oven, or roasted in the crock pot, and it’s alway 100% delicious. Plus, it’s ridiculously hard to mess up. No matter your level of cooking expertise, you can make and perfect this recipe.

Don’t believe me? Give it a try!

Note: this recipe is for one batch of sauce. You will need one batch to marinate the raw meat in, and a second batch to steam the tenderloin in after cooking.