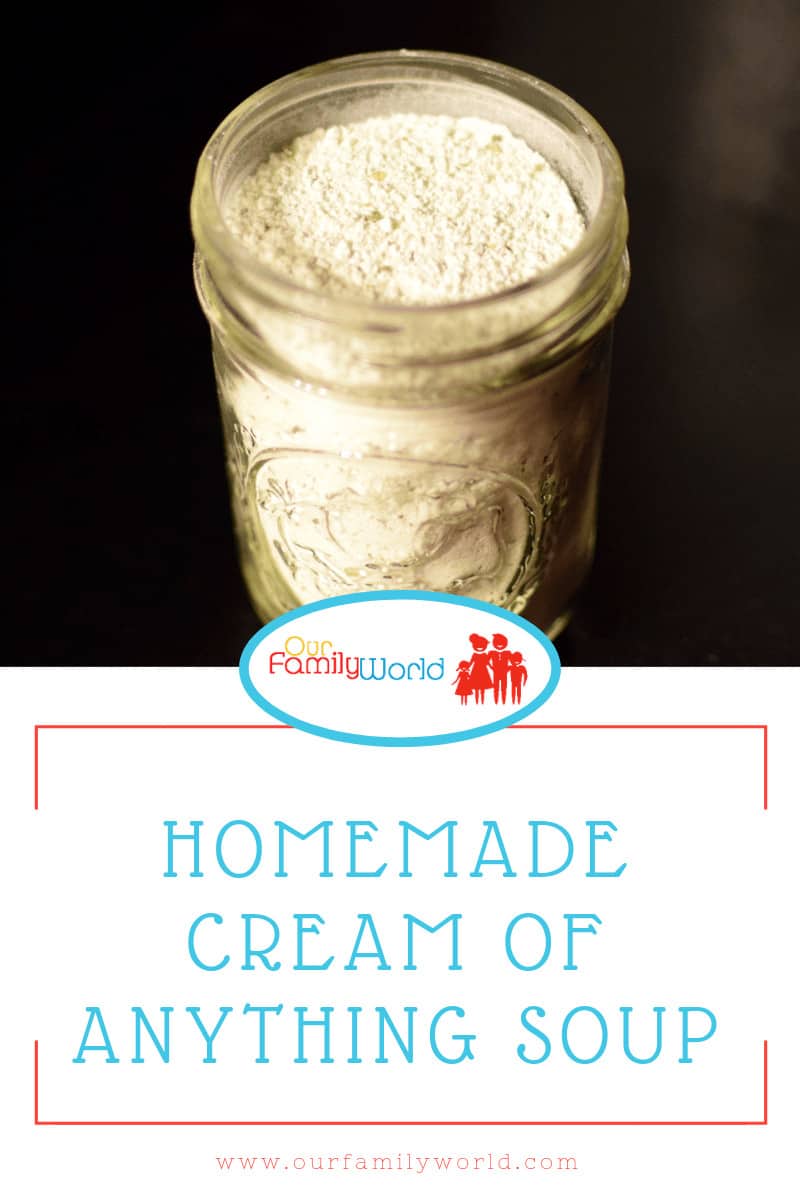 What is your favorite ingredient to cook with? I have three ingredients that I never run out of: pesto, olive oil, and cream of mushroom/chicken/celery/anything soup.

When I first became a chef in my home’s kitchen, casseroles were my specialty. And 9 times out of 10, the base of my casserole was a creamy soup. As I progressed in my culinary skills (and years), I discovered how that these types of soups make a smashingly tasty sauce for potatoes, add extra flavor to any gravy, and make the creamiest soup (ironically)!

I have always been a foodie, but I am even more so after living for Europe for a year and a half. I returned to the States and discovered that America’s foods are not up to par with Europe. It’s not that they aren’t tasty (have you ever tried an Oreo, a jar of Alfredo sauce, or frozen ravioli?!?), it’s that they are loaded with unhealthy ingredients (aka chemicals).

I took a glance at my cream of mushroom/chicken soup cans. Gasp – they were horrible! In reality, I don’t know how horrible they are because I can’t read the name of most of the ingredients on the label. I’m assuming that if I can’t read the 9 syllable scientific words, they probably are not the best ingredients.

The best thing is that it takes no time to whip up. I combine the dry mix with water. I microwave for one minute then I stir. I microwave for another minute, then stir again. I continue this pattern until the mixture is thick and delicious (usually 2-4 minutes). Then I use the homemade soup as I would any can of cream soup: in casseroles, with potatoes, or on my Weeknight Stuffed Peppers.